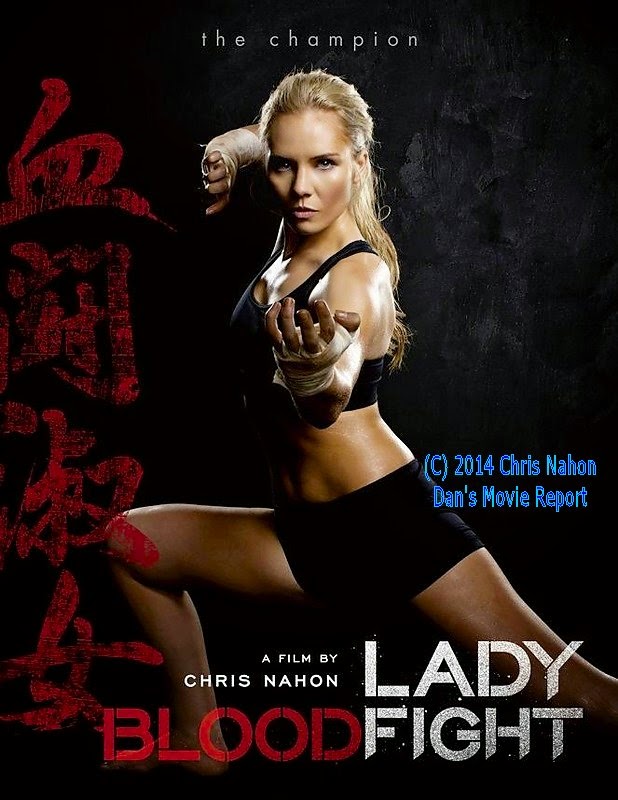 Thanks to Tony at Kung Fu Femmes, three years ago I was lucky enough to have my first taste of the amazing Amy Johnston. Fast forward to 2014, Amy is poised for world domination in action, from doubling actresses like Scarlett Johanson to staring in amazing action films from Thousand Pounds and the talented Vlad Rimburg, to epic motion capture work, she has emerged as the new, go to “First Lady of blonde brutality!” Amy is so sweet and down to earth, that it would actually be enjoyable to have a beating from her hahah. Amy makes an amazing addition to any film project and I am honored to have her grace my site for all of my valued readers. Amy takes time out of her hectic schedule to conduct this exclusive interview on Dan's Movie Report. Time for a full force text whipping from Amy, please, anywhere but the face, 3-2-1- GO!

Chat a bit about your initial desire to be in film, and to be involved in action films.

I grew up in the martial arts and loved action films! I was very inspired by Michelle Yeoh and others, as they portrayed a sense of grace with their athleticism and abilities in the martial arts. I knew from a young age that I wanted to be apart of that in one way or another.  I express myself through martial arts and movement, and to be able to make a career out of my passion is a joy. I hope to inspire many into taking the road less traveled! 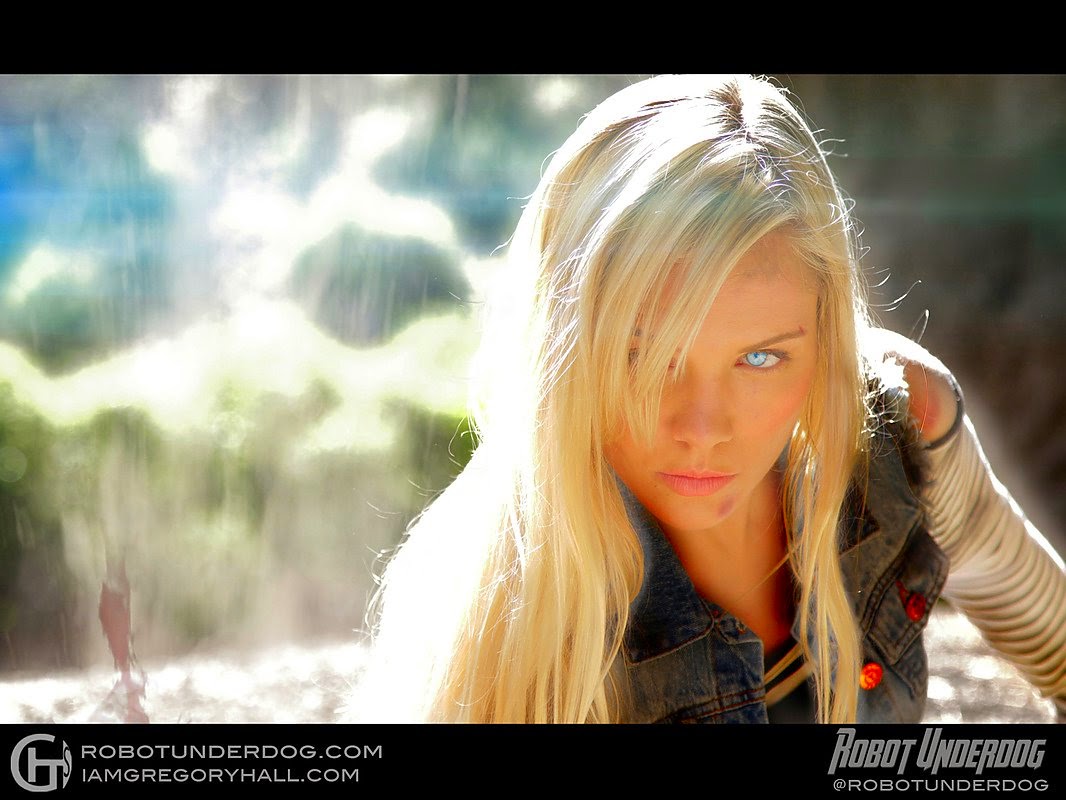 Over the course of your career Amy you have done several cool short films, share some of your most memorable experiences on them, and most enjoyable scenes to film.

I have had great experiences with my involvement in short films. There is always so much passion involved in them which makes for a wonderful time. Thousand pounds I worked with Jace Hall on a short action piece where I got to.....yes..beat people up and I of course loved every minute of it :0 This experience was wonderful as the piece was very brutal. Anytime I get to beat people up it's a marvelous day ;)

It is a great day for the audience also. Transitioning to acting, specifically 'Raze', share a set story from the ultra-violent action film. I thought the film displayed a raw energy not usually displayed with women fighting.

The film 'Raze' was great to work on, I have looked up to Zoe Bell for a long time and I was thrilled to work with her! Yes the movie was very intense but in between takes we would be laughing, giggling, being silly girls right before we get back into the action of killing one another lol. Super fun to work with all those badass chicks!

Your character in 'Raze' is a brutal fighter, I felt there was an emotion displayed in that film by all of the characters. What preparations did you have to do prior to production? Share some of the preparations you did for your character Gloria.

To prepare for the role of Gloria in Raze I really just had to connect with the thought of losing someone I loved if I did not kill my opponent, which is not something I think about on the daily. It's interesting to think of what someone is capable of doing to protect their loved ones.

Shifting the Discussion to stunts, in Captain America: Winter Soldier you were the stunt double for the Black Widow character, any wild moments on the set? The stunts looked hard but super cool, chat about the stunt rehearsal process on that film.

Yes, I was one of the stunt doubles for Black Widow in Captain America 2 and I loved every minute of it! Stunt rehearsals were always fun, and I enjoyed learning from all of the talented stuntmen and women that I was surrounded by. 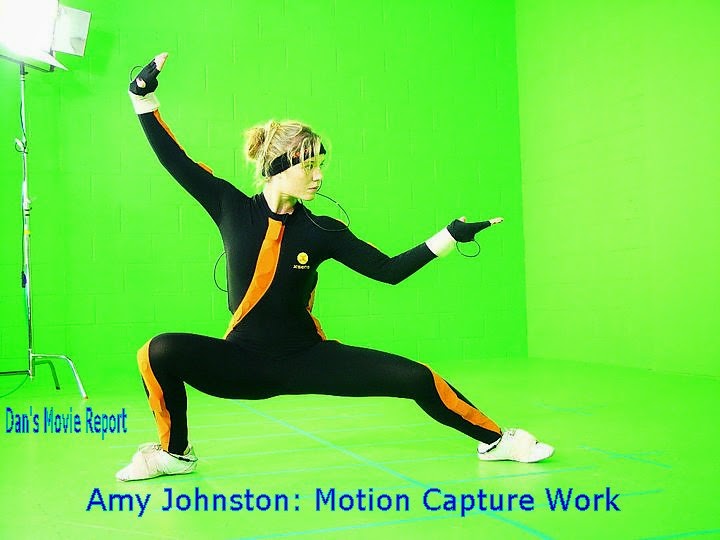 From a personal stand point, if you were offered the chance to have a major role in a smaller budget production or a stunt role in a larger production, what choice would you make? Eventually would you like to transition into acting in more films, or do you enjoy the stunt work more?

I love both stunts and acting. It depends on the project, the character, and the people behind it..as well as many other things :)

Who are your personal "heroes of action" besides the obvious Bruce Lee and Jackie Chan answer, and what do you like about them?

I have several personal heroes. To me they are people who inspire me to be better and selfless people who dare to make a difference. Nelson Mandela, Mother Teresa, mothers, fathers, teachers and others. I really look up to a lot of people and respect others who can get past the negativity to make a change or just simply enjoy life.

Shifting the discussion to hobbies, how about downtime for Amy, what do you like to do in your free time?

Chat about any charities or organizations you support, websites and info.

There are so many wonderful charities and organizations that I plan to support in the near future!

I see you have a couple of upcoming projects on the horizon, chat about Unlucky Stars and The King Of The Iron Fist Tournament.

Unlucky Stars was a film I worked on for the great Vlad Rimburg and I have no knowledge to why The King of the Iron Fist Tournament is on my IMDB unfortunately. As much as I would love to play the role of Nina Williams I have not been contacted by anyone and I assume it's a fake. However, I do have some really exciting things in store! I am heading to China in October for pre-production on a film titled "Lady Bloodfight" as a female lead, and I am beyond thrilled to get started! That is all I can say at the moment but I am working on some other great things and I am excited to share them soon!

I cannot wait to chat about your next projects. How about other styles of films you would like to do, Amy Johnston in a romantic comedy?

I would love to be involved with other styles of film.

In a decade from now Amy Johnston is: Directing, acting, producing or a combination?

Amy should be ready to take over the world by that time hehe : ) just kidding...or am I? Really in a nutshell I want to inspire, create, entertain, and be the best that I can. Yes to acting, yes to producing, yes to directing and yes to a couple other ideas up my sleeves.

Hopefully those sleeves are full of weapons! Amy thank you for taking time out of your tremendously busy schedule to conduct this interview.

My Pleasure, hope everyone enjoys it!

My readers, this is only the beginning from Amy! I plan to chat with her as soon as she is ready to discuss new projects. Watch this space as soon, you will witness exclusive photos and video from Amy as she ascends to awesomeness in action!

For now check out her official site, and her 2014 Demo Reel: