The festival will take place on August 13th of this year, more details will be announced. This will be a live, in person festival.

Note to all who submit. The festival has a limited screening window and usually can only screen a very select few films. If your film is NOT selected you should be notified if you are not notified in a timely matter I will refer you to the proper channels. Winners can get their films on Iron Dragon TV Channel please connect to them for details about all the various prizes.

As far as awards go, they specify in action only and are as follows: 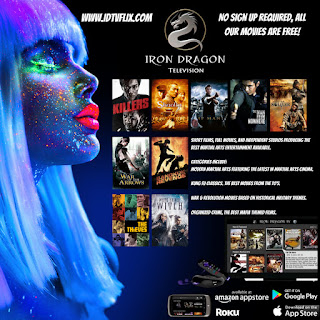 If you notice there are no lighting, photography, nor music awards so please only submit action focused films. All genres of action are allowed including, Martial Arts, Gun-play, Crime action, Chase scenes, and ancient settings action like knights and samurai! Please focus, and send your best work!

The early bird prices close on April 15th so get on it.