Hard to believe it is almost 5 years since the fantastic monster film Prowl came out. In that film, a beautiful 19 year of Courtney Hope burst onto the scene with her portrayal of a violent, yet protective, feral character named Amber. Displaying seething energy and life to the violent film. Fast forward to 2014, and Courtney has expanded her horizons, she is currently a producer on a cool new sci-fi film called Displacement, and is one of the stars of the new film Swelter. Courtney has great intellect, creativity, and cool stories to tell, so enough of my rambling, unless I want to get, my ass kicked!, Wait ,I do, haha! Time to go inside the mind of Coutney Hope, exclusively on your home for all things awesome, Dan's Movie Report -3-2-1 GO!


Looking back on that film since it has been a few years, has there been any chatter about a sequel, a return to the "horror" looking for Veronica?


I know initially after the film premiered, they were throwing around ideas of potential sequels. Now it’s just for fun, coming up with possibilities, nothing that will actually happen though.

Filming in Bulgaria, the stark reality, did it add to the terror?

It was definitely an experience filming there. There are beautiful parts with rolling hills, especially around Sofia where we were staying. We filmed the second half of the film in an actual steel mill, so, yes, it added to the reality. The surroundings were creepy in themselves, on top of the fact we shot the whole end of the movie at night. Going to the bathroom alone became a quest at the end of the shoot. Plus the creatures all spoke Bulgarian and were in full make-up the whole time… so that was terrifying.

Covered in stage blood, what was the make-up process like?

Well the make-up process surprisingly got easier and quicker. By the end of the movie, my whole face and body was completely bloody with so much real dirt and metal dust from the factory that we’d accumulate throughout the day. At that point the make-up artists just had to worry about those two factors. The question was more of what can we do to eliminate skin tones.

Share a weird or bizarre story from the set of 'Prowl'. perhaps a funny one also something odd about shooting in Bulgaria.

When I got my fangs fitted, they didn’t have time to do it before we started filming since it was so quick to production, so I ended up having to go to a dentist there. The dentist was in someone’s apartment in downtown Sofia, in a separate room they had made into an office. My dad was with me at the time (since he saw “Taken” before I left to film and decided I wasn’t going alone being a 19 year old girl... not that he has Liam Neeson skills) and I remember sitting into the chair looking at him thinking if this turns into some Frankenstein madness please tell everyone I love them. No one spoke English, not even really our driver/translator, and my dad and I just looked at each other and busted out laughing. One of those moments that will never happen again of slight apprehension, confusion, but more than anything, intrigue.


Quite an interesting tale in Prowl you are a Kick ass Vampire/protector.
Share some ass kicking tips, to protect someone from the monsters in Prowl.

Running, fighting, flying. If you can master those three things you are safe..er. ...

Yeah Courtney, you can do all of those things, haha! Shifting gears to Swelter, the film is kind of in the vein of QT and Lynch. How did you get the part of Halle?

I have worked with Keith, the director, on a few other films of his before, and when he wrote Halle he called me up and said he had this great part he would love me to play. I still went through the audition process, because there are so many factors that go into a selection of a role. I was fortunate enough to land it in the end.

In the film 'Swelter', all the characters in the movie were a bit off kilter, chat about the filming, and more about your character.

Keith is a brilliant director and writer. His stories and characters are always a bit out of the ordinary and he loves to cast against type which is always fun to see. Filming Swelter was a lot of fun, the cast was so wonderful to work with. Having the opportunity to watch and work with such brilliant actors like Lennie James, Alfred Molina, Grant Bowler, and all the others was very inspiring and educational.

Halle has had a hard past, and finds a peace and comfort-ability in Baker. She has finally found acceptance and love for who she is, especially from Ronnie. Unfortunately, we didn’t get a chance to see their love story develop more, but her home is that diner and she would do anything to keep her adopted family in the town safe.

Shifting to 'Displacement', time travel, time shifting, how did you become involved with the production?

I worked with Ken Mader years ago when he put together a demo reel for me when I was around 16. He wrote this script and reached out to me about playing Cassie. I read the script and fell in love with the story and the character. I found myself really relating to Cassie, and I could not wait to start working on it. Ken is such a phenomenal director, his skills are immeasurable and go way beyond the camera. His knowledge is so inspiring, and I am very fortunate to have had such a great experience.


Chat a bit about your character on Displacement, background, story etc…


Cassie is a very complex character. She is an extremely intelligent physics student with a lot of pressure on her from her father to live up to her potential of being a world renowned physicist. She struggles with this wise/intelligent persona that she feels she needs to live up to because that is what everyone around her sees, yet she is still so young and afraid to allow herself to make mistakes, take blame, and potentially fail.

She has spent so long diving into her work and in a sense neglecting the love that is surrounding her because she is so headstrong in making her dreams come true. After losing her boyfriend and mother, she has a major awakening to the true meaning of life and where her priorities should lie. She fights with guilt, regret, love, maturity, and the tic of time, as she confronts her own demons on a mission to fix what she has broken. 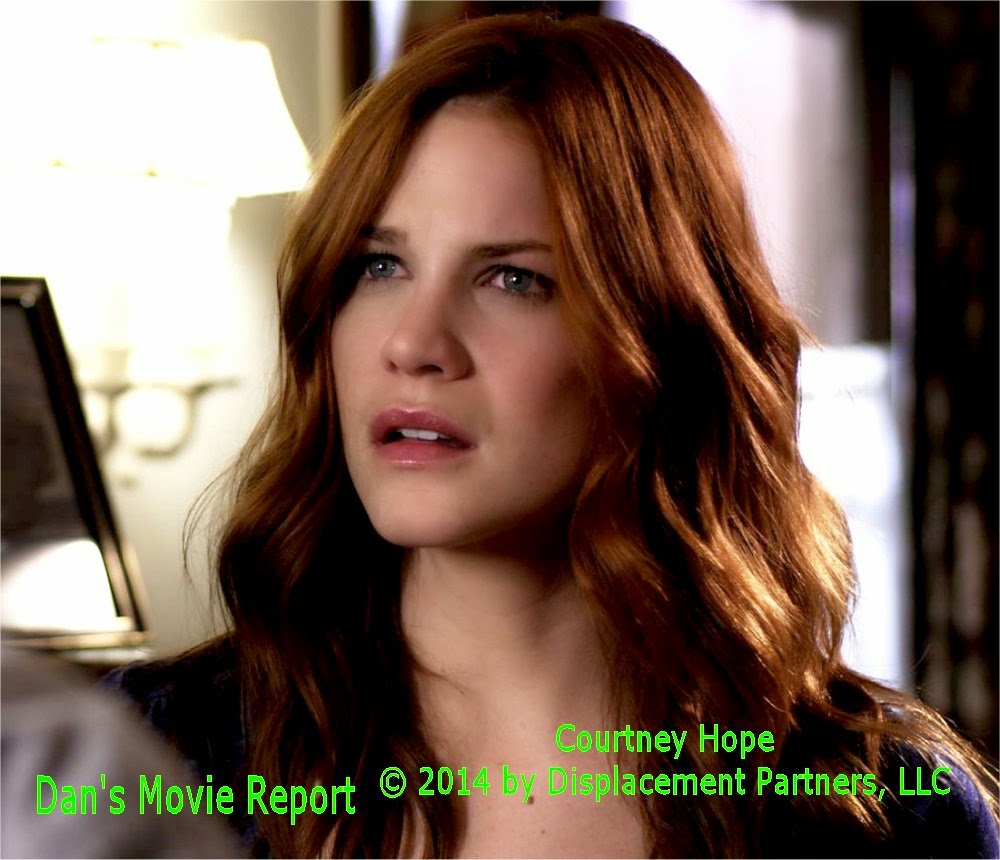 Back to prowl, you had to display such a huge variety of emotions, chat how you got ready for each one, fear, anger, sadness, elation. Is there a process you went through? Has it changed today?

My process has definitely expanded. I still use a similar process now, just with a deeper understanding. Growing as a person as well as an artist, I understand my instrument (myself) a lot better than I did then. Also, I was only 19 when I did Prowl, so I found myself growing and experimenting in parallel to Amber. Sharing that same innocence that Amber had was a blessing, there is no way I could play it the same today.


Quite a good observation, expounding on that, chat about feeding off other actors in a scene, in the diner scenes in Swelter, you seemed to be reading the room, more observing, and feeling the flow and energy. Do you feel more of a charge in a scene with multiple characters, or the one “alone” with the camera scenes?

Having other actors there adds a deeper element to any scene. To be able to play off of someone, unsure of what they are going to throw at you is a huge part of the fun. It’s always fun to me to observe what other people do and then take my reactions and interactions from there because that is life. You never know what is going to happen or how you are going to say something even if you rehearse it 10 billion times. It becomes an actors playground the more heads you put together, so yes it is definitely more of a charge.


Actors, Directors, people you would enjoy working with in the future?

I would hands down love to continue to work with these brilliant directors I have had the opportunity to work with so far, because they have so much to offer and have become a part of my family. As far as other directors, oh there are so many: Steven Spielberg, David Fincher, Martin Scorsese, Clint Eastwood, Darren Aronofsky, Spike Jonze, John Wells, David O. Russel, Peter Jackson.. the list goes on. Anyone with a clearcut vision who longs to tell a character driven story to be remembered.

Please give a mention to the charities you support, names, and websites.

I am supporting Saveourbeaches.org Project Mermaids charity at the momenthttp://www.projectmermaids.com  My dreams came true being able to shoot as a mermaid underwater and at the beach for a table book they have coming out next year. Save our beaches supports safer ocean life and clean beaches.

I am a part of the Paul Sorvino Asthma Foundation https://www.facebook.com/PaulSorvinoAsthmaFoundation. I have battled asthma since I was 8, and this foundation has been wonderful and helped me immensely. Founded by actor Paul Sorvino, his breathing techniques are so helpful and his passion behind it is very inspiring. I am very fortunate to be a part of such a life saving charity.

I am also currently searching out other charities to be involved in with children and animals. I’ve been looking into Red Eye Inc., which I have a few friends that are members that rave about the organization, so that may be added to the list in the near future. I am also a huge animal lover and I find myself being drawn in that direction, as well. I also support a few groups at my church in Los Angeles ‘Mosaic’.

Future goals, behind the camera, see a producer credit on Displacement... more to follow?

I really am yearning to start directing. I love the producing aspect, but ultimately directing is where I want to head. I am in the midst of writing some treatments and moving in that direction as we speak. In time, acting, writing, directing and editing are the four things I want to embrace. Who knows what the future holds. I just know what I love to do, and whatever way I can make that happen that is what I shall do.


Thanks for your valuable time

Thank you for reaching out, it was a pleasure speaking with you!

Courtney, thank you so much, Prowl was freaking wild, you were so convincing to watch and kind of scary in a cool way haha, and I am sure your star is on the rise!

Follow Courtney Hope on Twitter, as not only is it her posting, she is pretty active on it! https://twitter.com/CourtneyyHopee  Keep reading Dan's Movie Report as this page will be updated with new photos and info in the coming months!