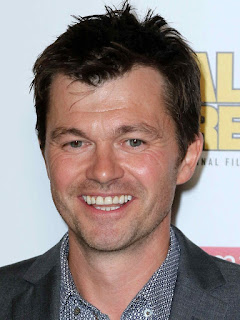 Above: Scott Mann from google, (Promotional Photo only)

Greetings valuable readers of Action-Flix.com and Dan's Movie Report. With his recently unleashed action film, Final Score, now on home video, Scott Mann revisits his cinematic origins and discusses The Tournament. What newer action fans may not know is more than a decade prior to Final Score, Scott Mann developed and directed The Tournament, his indie masterpiece, and his first feature film! Respecting the talents of Scott Adkins and Kelly Hu, I was quite interested to watch it when it came out. The Tournament is a real treat to revisit, it holds up surprisingly well. Now it is time get behind the mind of the MAN! Scott Mann! This is part one of a two part interview, which will spread across both Action-Flix and Dan's Movie Report. Part 2 will be about Final Score.

Before we start the questions on Final Score, I wanted to ask you a bit about the Scott Adkins- Kelly Hu starring film you did awhile back called The Tournament. The movie was one of my favorite indie action films, had so much fun watching it. I actually interviewed Kelly Hu's stunt double Kim Chiang, incidentally, she is working now as fight coordinator on The 100.

Scott Mann: Oh really she is now on The 100? Yeah Kimmy yeah she is brilliant, great. 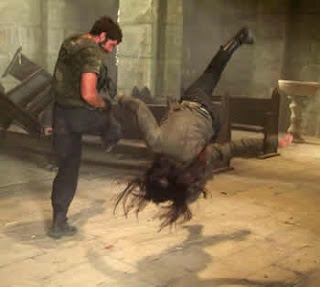 Above: Scott Adkins, and Kim Chiang get very violent, on The Tournament.

Danny Templegod: Scott, one thing I really enjoy about your films is that you get women involved in the action.

SM: Yeah we had a double who could pull off the action. Yes Kimmy is amazing, and The Tournament as a total film as well it was a crazy experience. I love it with all my heart, it was my first film. It is so bonkers, haha, I am very proud of that film. 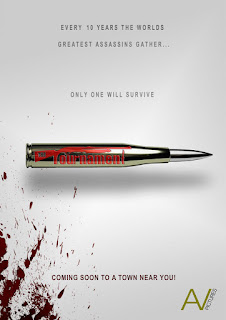 Above: Pre-release poster of The Tournament (From IMDB)

DMR: Yeah I think the film was ahead of it's time. I feel The Tournament is more like a film made in the last couple of years, rather than more than a decade ago.

SM: Yeah there is actually a TV show I envision in the mix based on The Tournament, as we developed quite a lot of written material and concepts. We developed a whole world relating to The Tournament, I hope to have it furthered in the next 6 to 12 months. You know how these things take time. 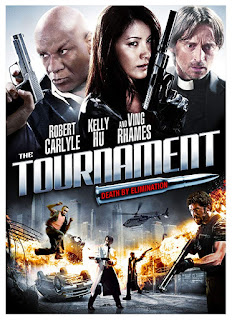 Above: The DVD cover of The Tournament  (From IMDB)

DT: Interesting ideas, I am curious if you were involved in the casting for The Tournament?

SM: Yeah the Tournament was all my movie. I learned not only directing, but producing. Honestly, I tried to get a film off the ground prior to The Tournament, which was much more kind of serious drama
Sadly I failed to do that, it was three years of hard slogging, and not having a film getting made. I remember my film school buddies and I, were kind of down on our luck, and we were researching what kind of films were getting made at the film market. We were watching the kind of films we loved and kind of came up with the idea. The film essentually of emerged from failure. We made a promo (Trailer) to sell the movie and to drum up interest. I wanted to make sure they ultimately wanted me as a director, and it is funny how similar it is to the finished trailer to The Tournament. We went through this big process.

Above photo: Ving Rhames makes sure that the sultry Kelly Hu gets the point! (C) 2009 Buzzfilms

DT: Not only do you have talented people, but you have to have people who are willing to work hard for the film, and it really shows in The Tournament.

SM: Right, to invest in themselves, makes all the difference. Everyone worked so hard on The Tournament, they put their blood and sweat in it, and it shows. I mean the film is really super low budget, the fact that we were able to pull it off is kind of a miracle for everyone involved really. We all poured are hearts into that one.

DT: I was thinking for that budget it would be hard to make a film like that now more than a decade later.

SM: I mean it is weird there is a way a type of method to do this, but of course you would want to spend more. That is why I am expanding the concepts to a TV show. I mean there are not many true action TV shows out there.

DT: I was thinking of Jack Ryan.

DT: It is not bad, but could have been better.

SM: Well it is hard to marry top quality performance and action, and come up with a watchable product.

DT: I think the most important thing that is often lost is the acting, in an action flick, and that has to be first and foremost, and many of the so called action shows, push it to the side. 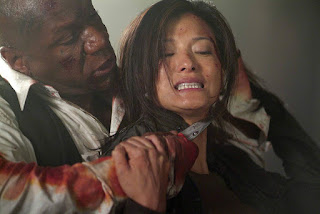 Above photo: Ving Rhames makes sure that the sultry Kelly Hu gets the point! (C) 2009 Buzzfilms

DT: Bringing it back to The Tournament, Kelly Hu can act, and you do not have to worry about the action as you have a double who is so amazingly powerful and adept, she can not only handle it, but make it seethe with energy.

DT: Just because a movie has a bunch of big stars, does not mean it will be a good film, especially if the cast is just not into the source material.

SM: Yes I see your point, you cannot fill the acting parts of a movie strictly with people who are specialists with action. You can have a really great double making the action look glorious, so that side is covered.

DT: Yes my thing is if you did not have a stunt pro like Kim Chiang to do the incredible fight sequences in The Tournament, the film would not have turned out as good.

SM: Absolutely, that character I created for Kelly Hu to play is central to the story, so performance and action are everything, thus both aspects had to be strong. I am glad you enjoyed it.

Thanks Scott, this ends part one of the epic Scott Mann Interview. Thanks again for sharing your insights to the readers of Dan's Movie Report and Action-Flix.com Part 2 will soon be unleashed!

In the meantime, check out the Dan's Movie Report classic review for The Tournament: http://dansmoviereport.blogspot.com/2015/10/the-tournament-movie-review-2009.html Initially this review was on the older kungfucinema.com website.

Keep reading Dan's Movie Report and www.action-flix.com as 2019, will be the year of dynamic action and exclusives!