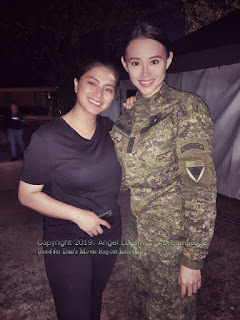 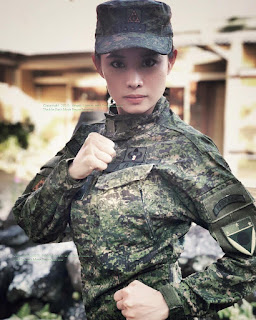 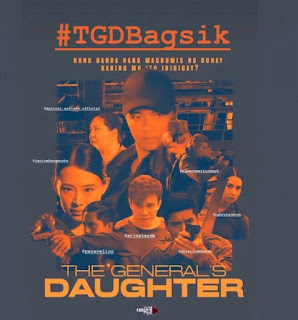 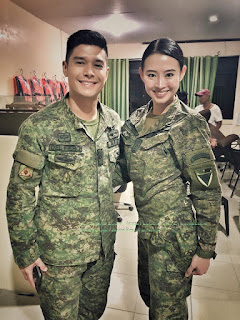 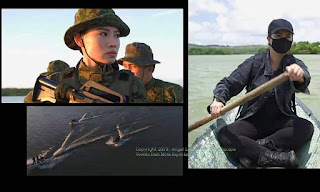 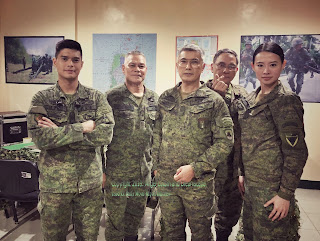 This is Cuatro aka Captain Alexandra “Alex” Noblejas signing off.
I would like to take this opportunity to thank ABS-CBN and Dreamscape Entertainment for this wonderful opportunity to portray this character in The General’s Daughter.
I am very grateful for this truly unforgettable experience to become a topnotch soldier and secretly a spy to the military.
I am really honored to have worked with veteran actors,Mr. Tirso Cruz III, Mr. Nonie Buencamino, Mr. Albert Martinez, Ms. Eula Valdez, Ms. Janice De Belen and of course the Diamond Star Ms. Maricel Soriano. They were all very welcoming and helpful in doing the scenes.
It was awesome as well to work with JC De Vera, Cholo Barretto, Kate Alejandrino, Arjo Atayde, Paolo Avelino and Ryza Cenon.
To the production staff and crew of The General’s Daughter, I also salute you. From the directors down to the make up artists, wardrobe thank you for all the dedication and care in bringing out the best in every scene. I am witness to all the hard work behind the scenes for long hours day to day.
Last but never the least, to The General’s Daughter herself, the main character Rhian Bonifacio, Action-Drama Queen Angel Locsin, I offer my deepest gratitude from the bottom of my heart for having the opportunity to work with you. From the first time we met, you said “Pinahanap talaga kita” I am deeply touched and honored coming from a big star like you, I never felt a single hint of star complex as you are very down-to-earth despite having flown high as Darna before. Sabi ko nga, Idol ni Cuatro si Darna. You are one honest , genuine and sincere individual, and I am witness to your dedication to bring quality performance to give the best to the audience and fans. We've shared so much together - from wonderful memories and profound learnings to the bruises, scars and wounds from our fight scenes. Basta Gel, kung kailangan mo ng kalaban ulit o kakampi, nandito lang ako!Maraming Salamat Gel.
Being part of TGD is truly an amazing learning experience that I will cherish forever. I will use this experience as a springboard to my next project as I embark on the international stage as Tigress in Kung Fu Panda Spectacular Live, a collaboration of Broadway Asia and DreamWorks. Join me in my next journey.
Thank you, The General’s Daughter!!
Posted by Dan's Movie Report-Danny Templegod at 12:59:00 AM