Thriller Mayday 2 Takes Flight! You Can Be a Part of the Action! (C) Dan's Movie Report - Danny Templegod 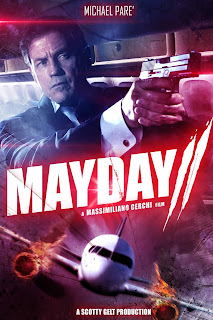 Greetings valued Dan's Movie Report and Action-Flix.com readers. Recently director Massimiliano Cerchi reached out and told me that a sequel to his first Mayday film which was distributed by Lionsgate is happening. https://dansmoviereport.blogspot.com/2019/09/mayday-2019-movie-review.html

Mayday is not only being developed, but is well on it's way to begin pre-production soon. Cerchi has made me aware that lead actor Michael Paré will return in the same capacity. In addition, look for Bai Ling and Tara Reid to be involved. As fans we can be involved directly! I am normally very apprehensive of Indigogo campaigns as there is no threshold and no assurance the project will be made. This is exactly the opposite, the first film sold well Cerchi told me. Cerchi gets films made and keeps his word! Credit to Horror-Flix.com as well for their inclusion of actor Robert Lasardo please check out their article as well. https://www.horror-fix.com/tara-reid-robert-lasardo-more-join-the-cast-of-mayday-2/

With the addition of Bai and Tara to the cast, indie film fans have something to support and in turn get various perks and promotional items from the movie. Check out the hat and mug below! 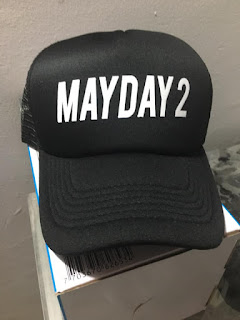 As production ramps up watch for more inside coverage of this supernatural thriller mixed with action and drama on Dan's Movie Report and Action-Flix.com As a side note, at the 140 dollar donation level you get several perks including an Autographed Poster, Mug and shirt or hat in addition to a thank you on the movie and the digital download of the film upon release.The higher tiers even have perks for walk on roles, and producer credits.

Look for interviews in late 2020 and in 2021 with cast and director, as time permits!