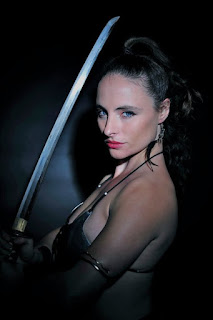 Producer and actress Cecily Fay has informed me that her film Warrioress, which was directed by Ross Boyask is complete and will be ready by January 31st. First up wil be a cast and crew screening. Warrioress has tantalizing, sexy sword action, and should prove a delight to sword fans world wide.