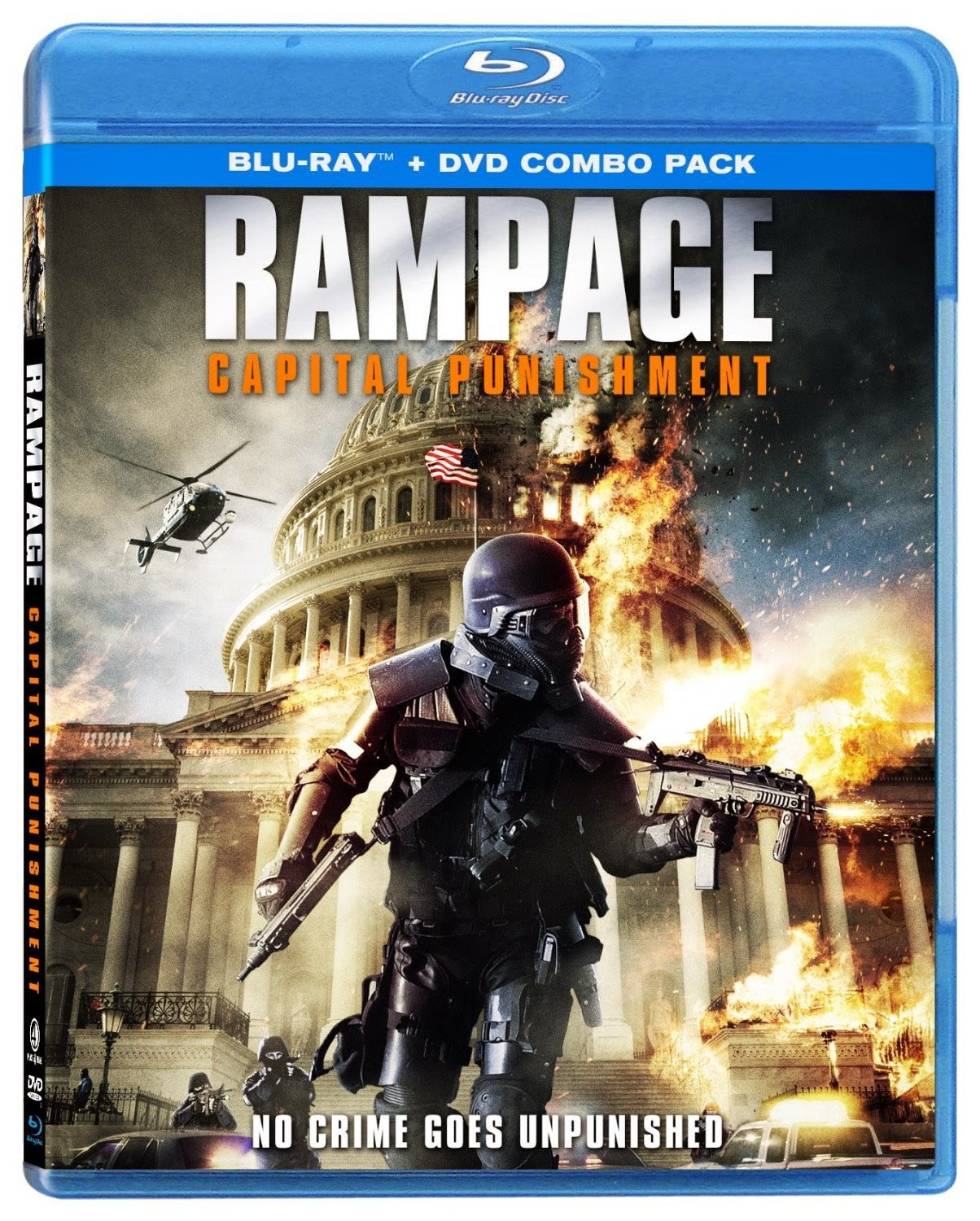 
In spite of what the average film viewer thinks of Uwe Boll, he actually completes film projects. So many people talk a good game, start projects that never get completed, for whatever reason. The reason this fact is important, only from a twisted, yet fervently observant mind like Uwe could a film like' Rampage: Capital Punishment'. This is far an away Uwe's finest film, all be it a subject so reprehensible, Rampage can be invigorating, frustrating, and scary.

'Rampage 2', (I will call it that for the balance of the review) is the second maniacal killing spree of Bill Williamson (Brendan Fletcher) and a revisit of the 2009 film. This film takes it a step further, and has an extreme stark reality to it that is destined to make everyone in the audience uncomfortable. Bill's manifesto, in a nutshell, proclaims that freedom is a false reality, and corporations run the world with reckless abandonment. Money, greed, power and enslaving the poor is the reality, and Rampage 2 drives that point home with several video references to that particular point.

Unabashed and unforgiving as Bill literally pulls up a camp chair and mows down unsuspecting victims just living there lives. A lady walking by, a man on his phone etc... Eventually Bill ends up in a news station, and that is where the bulk of the movie takes place. Bill wants to get his message across, to have his video manifesto, shared worldwide, and to receive Youtube likes and comments.

Mowing down the news people while he is looking for Chip, a news anchor to get out his message. The violence in 'Rampage 2' actually looks like news footage, in fact the movie itself plays out like a sardonic, truculent, vituperation on society, hurling towards impending doom, Bill is an asshole, but a thought provoking one. 'Rampage 2' forces the viewer to think about society as a whole and where we are going.

Brendan's portrayal of Bill is unabashedly brash, and almost too real. While watching the film, one can sadly envision that people like Bill not only exist in this world, but are planning to carry out such a twisted plan. Is 'Rampage 2'. Bill shaves his head midway through, adding an air of the skin head mentality. He carries out his dastardly deed while dressed up in full body armor.

Overall, 'Rampage 2' is an uncomfortable watch, but a perspicacious one, Uwe Boll has made a film that will test the limits of a movie audience and what is expected. This film will make you angry, scared, and the discussions on  and off the internet will rage on long after the viewer watches. Rampage 2 rates a 8.5 out of 10, Uwe's best work, and a distinct departure from his typical B movie fare.

The film is released on Amazon on August 19th, click link to order.