Hard to believe it was a decade ago I went to Dragonfest 2004! Back then Tony Laudti's troupe was called Chicks With Sticks. Tony , a film and TV editor by trade, came up with clever idea of featuring females front and center in the action, in short films, and in live action shows. Over the years the series has morphed into more detailed films, longer, and thematic.

Check out this cool photo below of Carly in the studio being interviewed by Del from AOF fest. 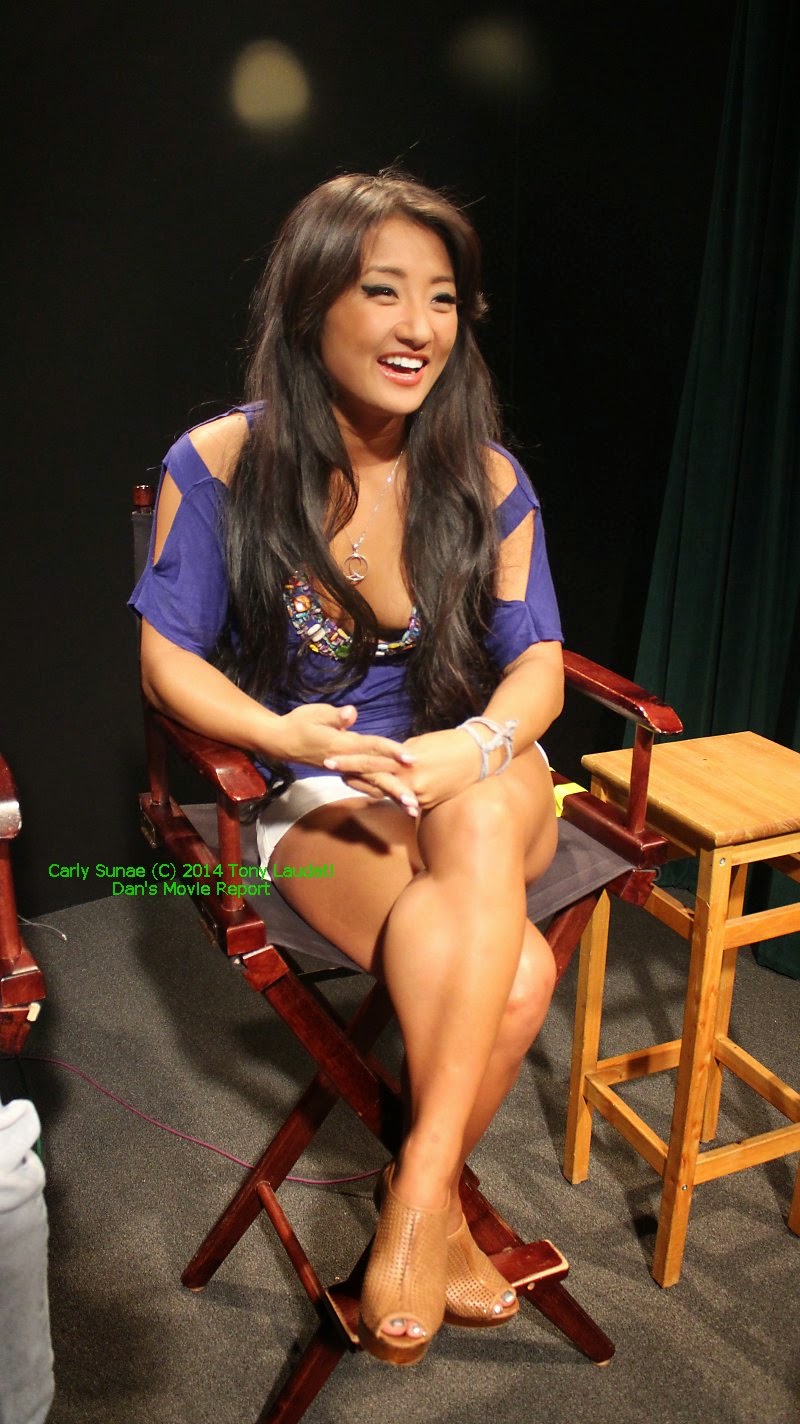 Last year in 2013 Tony also was honored from Action On Film Festival for film of the year with From China With Love as top action short film of the year. Incidentally that film happens to be my favorite film from all of the Kung Fu Femmes series. Check my review here @ http://dansmoviereport.blogspot.com/2013/05/from-china-with-love-movie-review-short.html

All of the Kung Fu Femmes videos can be found on the YouTube Channel @ https://www.youtube.com/user/anthonylaudati/videos

Check out Kung Fu Femmes on Facebook as well @ https://www.facebook.com/kung.fufemmes.1?fref=ts

To Order a Kung Fu Femmes Volume one DVD go to https://www.createspace.com/328704 The dvd features several cool shorts including "Angering The Gods" with Amy Johnston.