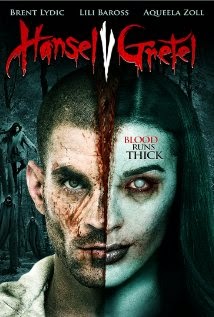 Have to hand it to the good folks at The Asylum, for daringly creating mock-busters of unusual proportions. Hansel Vs. Gretel is a bizarre take on the classic children's tale. Gretel falls under a spell from a wiches coven and Hansel has to stop them and break the spell.


'Hansel Vs. Gretel' actually has a decent idea, sadly once again the film fails to deliver the desired result. The movie has some action, some horror, and a bit of intrigue, but not enough of any one category to take it above the average Asylum movie fare. 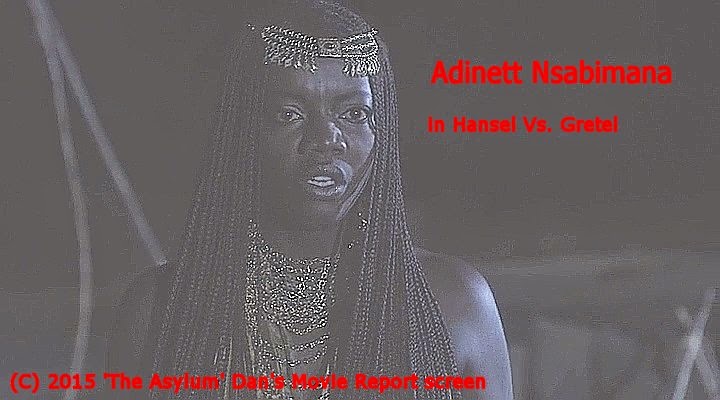 
Obviously, the actress who plays Gretel (Lili Baross)  tries to work with the source material and manages to turn in a decent performance, but the weak script really bogs the film down. My favorite actress in the film is definitely  Adinett Nsabimana she plays Morai. Her character is a high priestess, she is aggressive and lustful. Adinett   gave a full effort, and her short time on the screen was enjoyable.

The story in 'Handel Vs. Gretel' is somewhat disjointed, and the pacing is off. There is a bit of action and suspense, never enough of any one thing, i.e action, suspense or gore and creepy material to elevate Hansel Vs Gretel to a high entertainment level. In addition, unlike the theatrical 'Hansel and Gretel' film, The Asylum film had no fun factor, the characters were neither likable nor salacious enough to make for an enjoyable experience.

Sadly 'Hansel Vs. Gretel' fails to create the desired result for it's concept, it is tepid mockbuster, that is unlike any of the source material . Realistically the film would be a minimal rent only, and rates a 4.5 out of 10.