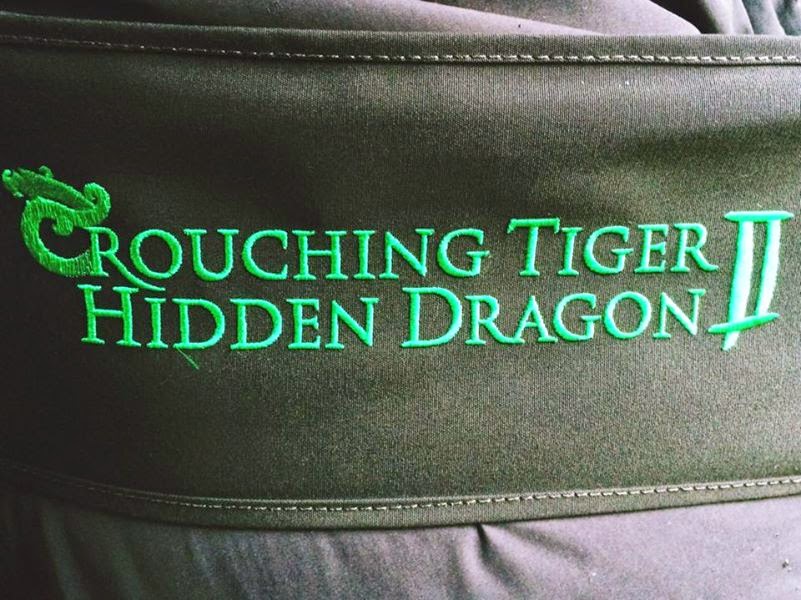 This is NOT an exclusive, but a re-post from her facebook page The main reason I put this on is such honesty and coolness from the young star! Respect, and not many have seen this yet! Follow her on twitter @ https://twitter.com/natashabordizzo  With all good intentions I would hope to have an exclusive interview with Natasha at some point in 2015!!

After four mind-blowing months, the day has finally rolled around - we've wrapped Crouching Tiger Hidden Dragon: The Green Legend & its time to fly home. There are no adequate words to describe the experience of feeling every possible emotion for weeks on end. I guess all I can say is that I've never felt so alive. As my first film, first acting gig, first full-time work and first time living away, I was faced with bizarre challenges that most jobs would never present you with. Acting, I've learned, is pretty damn difficult. You are allowing yourself to be vulnerable and raw in front of a crew of a hundred, and a world of millions. You have to surrender yourself to your fellow actors, and have the courage to unlock areas of yourself that you may not have otherwise.
Above all making a film is story-telling, and when faced with an intense script and multi faceted character- you are living it and it can consume you. Perhaps it should. Either way, playing a lead meant I was at work for almost every hour that I wasn't unconscious and asleep. The long long hours of weapons training, dialect coaching, breaking down the script and of course filming, meant that it took a new kind of resolve to perform, live in the moment and stay easy-going - all on little sleep and physically/emotionally draining days. The only way anyone can ever succeed in this industry I've realized, is with passion.
That brings me to the most important part of this experience; the people. I have had the honour of working with an incredibly inspiring clan of international seasoned actors, crew, producers and director (the legendary Master Yuen Wo-Ping). Spending such a crazy amount of time with very talented humans, all to ultimately create a beautiful story was a highlight of my time here. They become your temporary family. The people I'm surrounded by I've learned, are successful because they're passionate. The way arguments happen on set because of disagreements about the most minuscule details.
Because they care. About. Everything. Because of the way their face lights up when they tell you the recent work they've been doing for the film, whatever department they are. It's taught me that no matter what the hell you're doing on a day to day basis, life's pretty short, so hey why not give a damn, be bigger than you, throw yourself into everything and maybe it'll take you somewhere you could never imagine. Most importantly, HAVE FUN! The worlds up for grabs, you just gotta reach out for it. You probably don't know what you're capable of; I sure as hell didn't.
I'm going to miss everybody so painfully much. Grateful for everything and excited to go through them film release process next year. I hope this movie makes you feel something. Cause it made us feel everything..... X
Posted by Dan's Movie Report-Danny Templegod at 10:37:00 PM