Apache Sniper will be unleashed!

Update 2014: This project is officially cancelled, I leave the post up only for reference only, as a stark reality of the fact not all concepts make it to reality,

As a writer and supporter of underground films, I find it fascinating the creative ways people come up to push their new project.

Above Pic: From Official Facebook Page of Apache Sniper

S.A.G. Actress Karuna Sun, who happens to be Florida based, is working on a concept of violence, mayhem and pain. Needless to say I am all in! She will play the title character, and promises to bring the fight home! If there is any hand to hand fighting and stunt doubles are used, I hope Ming Qiu can be called in for the action!

The premise is:  "Apache Sniper, a movie about Kim Dong, a female sniper who interrogated and tortured U.S. soldiers to death in the Vietnam War."

I like the fact that she is looking to do this S.A.G. for leads, and want experienced people to handle the more difficult underwater sequences. Of course a local cast will be used for background. Quite an ambitious project. Check this Out!

Ok people listen up, need 4 Actors to play Seal team members. yes, you have to be dive qualified. we will be in the Open Ocean when we film the scene and have two boats pull up. I need qualified divers ONLY, I will check your credentials before casting you. Again, we will be in the open ocean and there is no room for mistakes. I don't need dead people, wannabe's or people who want to bob up and down for the camera. I'm Dead serious on This ....Please email me at wbresch@att.net for consideration... and in case anyone is wondering, Scott Rutherford will be driving his own boat in Sorry, his boat his rules....

Some very cool ideas, should prove an interesting project to bring the action, and violence on film that is, haha to the South Florida area, as it is a natural with the copious amounts of water we have and extreme heat. 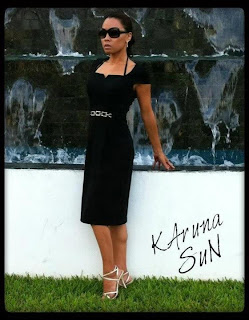