Greetings global movie fans! I would like to take this opportunity to thank you all for supporting my singular effort Dan's Movie Report for the past 7 years. Taking a swerve to the left, right and center is 'Believe', a groundbreaking crescendo of overlapping ideas and pieces of lives ripped out like the pages of a worn book. The audience of this 20 minute blast, and slice of humanity are whisked away. A study in humanism, wrapped up in a package of highs and lows of people lives.

Director Paul Mignot assembled massive teams in Argentina, India and the U.S., to work on a singular vision. Each team had a separate director of photography, crew, and have managed to cut a swath through a diverse yet similar cross section of humanity. 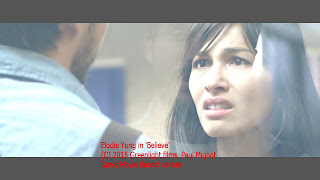 In Texas we witness soldiers ready to be shipped off to war, and a young soldier being separated by a glass from his young wife and child. Elodie Yung shines as the melancholy mother, forced to watch her husband leave without being able to touch him. The unspoken moments in 'Believe' crash through the vocalizations. Elodie, is known for action, and the action in Believe is emotional anguish. Elodie deserves distinct recognition for this powerful message.

Another powerful moment in the 'Believe' is the reveal of a horrible illness from husband to wife. Some things just go unspoken, the hugs, the comforting, the silent understanding. The two embrace as if they are living their entire life in one moment of time.

Wrapped up in this seeming sadness if definitive glimmers of hope. The three crews, worked in a massive symbiotic relation to the truculent dichotomy of the Earth as we know it. 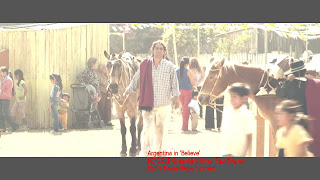 Argentina, is a buzz with activity.

The filming and cinematography show each area with not the glitz and glam of a large modern city, but a human touch in small pockets of the countries. The Argentina location shows daily lives of the people. The human side of emotions, happy, sad, and playful are all on display in raw for for the audience.

In the US the soldiers are passing a football with the word 'Home' written in huge marker on the side. Obviously some are going home and some are shipping off. In fact the entire 'Believe' film is packed full of images from good and bad, including explosions, and a found child etc... 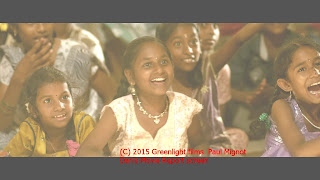 A vision of hope for the future in India.


Believe has a uplifting message and allows the audience in 20 minutes to sum up the entire world as we know it, the misfortunes and fortunes, the yin and yang, and we are given a up close and personal view of life one hug, one bomb, one message, one dream, one reality. Earth, Paul wants us to 'Believe' that we can be whole again, there is unity in diversity, there is culture in a seemingly decimate place. Believe represents a crowning achievement in a short film.

I could fill up volumes mentioning all involved, from the music which powered the message, to the vision of the DPs in the various countries, to the actors, and real life people, Paul Mignot has assembled. This is a crew the size of a Hollywood Blockbuster, yet the passion, vision and energy is one voice, one heartbeat. 'Believe' rates a near perfect score of 9.5 out of 10 for the ambitious and ground breaking effort. The Earth truly is a small place, and we need to unite to have a global view. Although the film was shot in 2014, the movie had the initial premiere in NYC, late last year. Watch for more festival appearances hopefully in 2016 and 2017!

Watch for more on Paul Mignot, Elodie Yung, and various cast and crew of 'Believe' throughout 2016 on your home for global exclusives Dan's Movie Report.

Blast your browsers to his official home page @ http://www.paulmignot.com/