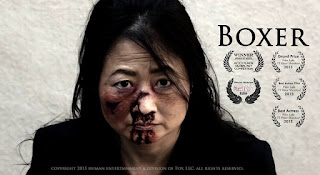 Greetings valued Dan's Movie Report readers. Today across my desk comes a lightning bolt of crazy, mixed with a gang sized can of ass kicking, including a side of fun. From Actress/Producer/Writer Toy Lei comes a 5 minute slice of insanity entitled 'Boxer' and no this film is not about a boxer. Apparently sweet Toy is not so sweet and hides her profession from her child.

Think 'Leon' as Toy has targets she must eliminate in 'Boxer', all the while attempting to live a normal life. Toy does an excellent job wearing three hats in 'Boxer' and keeps the film flowing and the action tight. Of course this is a work of fiction, but I am sure at times, judging from Toy's honest, pull no punches attitude, she would not mind to smack a few idiots around, haha! 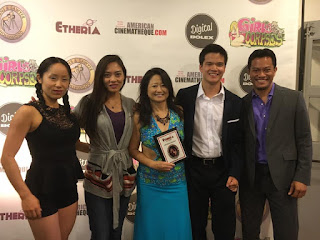 'Boxer' is a high quality short film and actually won best action film at the Etheria film night festival! Check out some new screenings upcoming including San Diego Comicon! I recommend attendance at one of these screenings!