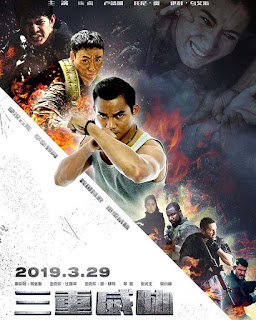 Above: Chinese poster art for Triple Threat! Image used for promotional purposes only.

UPDATE: Triple Threat will screen in the United Kingdom! Date: April 28th, 2019 U.K. Theatrical Premiere of Triple Threat will screen @ The Mockingbird Cinema, Birmingham! Part of a one day special event of The Fighting Spirit Film Festival Birmingham. This theater and the event page will have ticketing information shortly. Website for theater is @ http://www.mockingbirdcinema.com/
For the festival page please visit @ https://www.fightingspiritfilmfestival.com/
Triple Threat was made to view in theater, as filmed in theatrical aspect ratio!

Greetings valued Dan's Movie Report readers, and action lovers Worldwide! Word comes from across the globe today with regards to the first showing of Triple Threat in China. March 29th, 2019 will be the day in Beijing, and a brand new official Chinese poster has arrived!!

Currently the premiere dates that have been announced in the U.S. are March 19th, 2019 and in the U.K. April 28th, 2019. Theater listings will be announced early next week~! 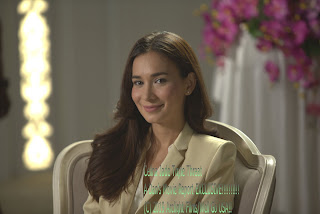 Stars Tiger Chen and Celina Jade are slated to be on hand for the opening of the film! Details pending, Celina Jade is currently in China now in pre-production on Mojin X! 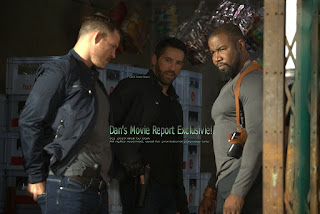 
Above: exclusive photo from the villains of Triple Threat!

U.S. Information: www.wellgousa.com
U.K. Information: https://www.fightingspiritfilmfestival.com/
Both sites will post the premiere dates, times and locations shortly, currently the program in the U.K. Is slated to take place on April 28th, 2019 in Birmingham, England.

Regarding purchase of Triple Threat: Germany has first shot at official release on March 28th! This is an official release and can be purchased from Amazon, DVD or Blu-Ray https://www.amazon.de/Triple-Threat-Blu-ray-Iko-Uwais/dp/B07LDC9MKD/ref=sr_1_1?s=dvd&ie=UTF8&qid=1551789124&sr=1-1&keywords=triple+threat+blu+ray

Both are LEGAL copies of the film, I urge all lovers of action if they cannot view Triple Threat in a theater to buy the film, this action will support future movies with this quality of action and story!