Above: 2019 Exclusive Web Promo for Dan's Movie Report, brand new interview soon!!! 10 years in the making!!!!! Jovelyn chats about what she has been doing in the decade since our last interview and some of her own personal growth!! 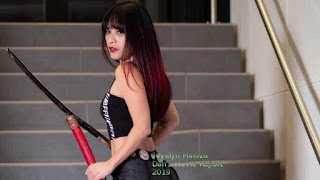 Greetings valued Dan's Movie Report readers. Today I begin to reach back to the early days of the website. Back in 2009, yes a decade ago, my very first interview was with martial artist named Jovelyn Minoza. The interview was a great starting point in making the transition from magazine writing to doing my own website. Back then magazines were still the in thing, publicity agents were the norm to attain interviews. Being honest, I was not sure the rout to take, yes I have done web interviews prior, while working on the Kung Fu Cinema site, but I still wrote for Sirens of Cinema and the Vengeance Magazine, both which were well regarded full color glossy magazines. Of course with the rise of the internet and the immediate nature of publication, audiences in niche markets stopped buying 7 to 10 dollar magazines and would rather just read their news online. 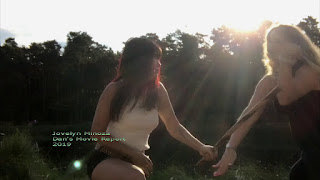 A double edged sword, but the blade cut both ways, as a matter of timing, I was able to secure pre 2012 interviews with Zoe Kravitz and Bai Ling. Again without the press agent. The further along I got the more it was interesting to pursue the interviews, and listening to my reader comments and messages, they all seem to echo one thing, my site is read by people in the know, industry people and a select group of discerning supporters. I aim my site at my audience, all the while providing in depth exclusive coverage of the up and coming stars.

I do not like to limit myself to action, that said, it seems like action is a great conversation starter. I have pushed hard to interview the stunt and action people and the individuals behind the scenes as well. The time is now to reach back and come full circle and do a long awaited and promised second interview with Jovelyn Minoza!! 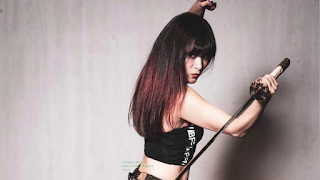 All photos above are of Jovelyn and are exclusive to Dan's Movie Report.

Our first interview is @ http://dansmoviereport.blogspot.com/2009/12/lahuka-interview-with-jovelyn-minoza-by.html