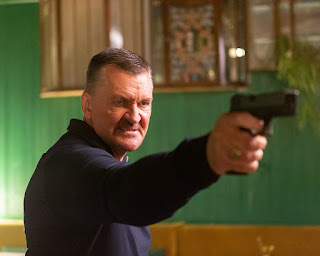 Greetings valued Dan's Movie Report and action-flix.com readers. Once again another amazing interview! Actor Craig Fairbrass brings the action home in 'Villain' and chats about the film, 'Avengement', and how he keeps in shape. Craig is a down to Earth, honest and humble man, always looking forward to the next project with enthusiasm. Sit back, relax, and get ready for some pummeling text!

DMR: Starting with 'Villain', chat about the preproduction process, how long did you have, were there table reads?


CraigF: Yeah we did a table read first off..just to hear the words then we just chatted and got to know the other cast members- then we had a week of rehearsals just woking through scenes tweaking certain lines and just generally working scenes especially the scenes with my brother Sean and the heavies. 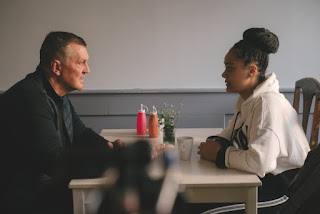 
DMR: Chat about working with actress Izuka Holye, you really had some emotional scenes with her, what aspects of your own character did you explore prior to shooting that scene and how did Izuka help to bring out the emotions in you.


CraigF: Izuka is a lovely girl ..she put herself on tape for the role of Chloe along with a lot of other actors - we then had a short list who came in and read with me on camera - she was absolutely amazing, she nailed it and even in the audition with me we both got very emotional as the scenes came alive. When we were filming she great to have around a real positive energy and cared greatly about her work. For me, they were the most important scenes they were the back bone of there film its the only time you genuinely you have real empathy for Eddie. and I think they speak for themselves. 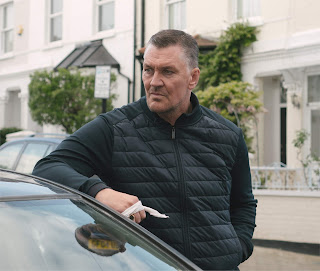 DMR: Chat about the emotional aspect of 'Villain' in general, the anger, grief, worries, what type of direction were you given on your character and what did you add in as improvising upon that?

CraigF: I went out of my way to make Eddie very naturalistic it was the emotional journey, the human story that attracted me to the part. I wanted to make him interesting , tough when he needed to be but above all vulnerable and to show the hurt and ultimately being a victim of circumstance with his own actions for wanting to do the right thing ultimately becoming his downfall

DMR: In my review I liked the film to a mix of 'Falling Down 'and 'Taken' curious as to your take on 'Villain' and what films played a part in your mind of character?

CraigF: What film did you watch?? TAKEN!!??:)))) No, no for me straight away my references were 'A History of violence' and 'Shane' - the man who really doesn’t wanna know anymore and wants to leave the life behind, being pushed to the limits and then having no choice but to take action and in doing he becoming a victim of his own actions. (Similar to me answer above)

DMR: Ahh yes, did not even think of the 'History of Violence' film! Watch 'Falling Down' though, a self depricating character. On to the action, chat about some of the training for 'Villain', did it carryover from 'Avengement'? 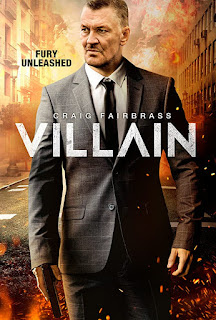 Above: Villian Poster. Image courtesy of the official IMDB page for Villain, (C) 2020 Saban Films All rights reserved, not monetized.

Craigf: There was no training it is not that kind of film, 'Villian' is more rooted in reality then fantasy high kicking violence. When the violence comes it is short and quick with impact, like real life but brutal and disturbing.


DMR: Speaking of 'Avengement', chat a bit about working with Scott Adkins on that film.


CraigF: Yeah had a nice few days on 'Avengement' - I like Scott he’s great at what he does, and even he wanted to stretch his acting chops on that one. I think the scenes really worked.

DMR: Wrapping up, chat about what new projects you have in the works, and perhaps your training regimen to stay in shape.


CraigF: I'm like most actors we all work out as much as we can as you get older its doesn’t get any easier..but its seriously helps to have some kind training and disciplined regime. Mine is a mixture of weights and cardio and sports.


DMR: Thanks again for this illuminating interview! Craig, great work in Villain and best wishes for the new films!


Keep it locked on Dan's Movie report and Action-Flix.com for all of the action!


'Villian' is available now on Saban films! Check the film out on IMDB for more information: https://www.imdb.com/title/tt9820352/
Saban Film's Website http://www.sabanfilms.com/
Thanks to Saban Films, & Judy for the connection to the interview.
Posted by Dan's Movie Report-Danny Templegod at 9:35:00 AM