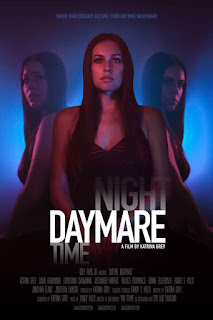 Above: Poster for Daytime Nightmare (C) 2020 Grey Films All rights reserved, used with permission, not monetized.

Greetings valued Dan's Movie Report and Action-flix.com readers! Today I have a chat with Producer/Director/Writer and lead actor in Daytime Nightmare Katrina Grey, we have already completed several interviews, thus this new one will focus on Daytime Nightmare and her thoughts on being a first time filmmaker. Katrina Grey is refreshingly honest, humble, kind, and very knowledgeable about film due to her experiences. Sit back grab some tea and get ready to go behind the mind of a very cool Kat!

DT: Chat about Daytime Nightmare, I know you mentioned you are close to completion just needing final sound and end credits. Has the current Covid situation affected any of the post production work?

KG: Finally I managed to complete Daytime Nightmare. Partly because I had more time and staying at home, things sped up. Took me over 2 years but I feel blessed and can say the movie is completed. 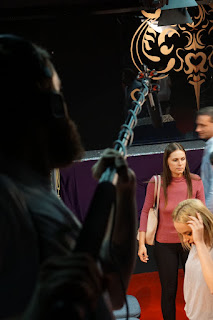 DT: I know you always tell me you like to learn new skills, what are some of the things you have learned in the past couple of years as a first time film maker?

KG: I have learned a lot, I took an acting course at Raindance film festival and improved my skills overall. Took online accent reduction courses and also American accent courses. I worked on myself while working as a model and actress. Also currently finishing my master degree in development economics. Only this year I wrote 3 scripts that are ready for production and now about to write 2 more scripts.

DT: I know it is very early yet, have you ever thought about doing with producer Rachel Ofori did with her film What Death Leaves Behind, bringing it direct to the masses. I know theaters are closed now, but she decided to go around the country and show it in various theaters during September and October, I think it is a solid strategy, when theaters re open. Eventually she sold direct herself to streaming services.

KG: I will definitely look into it. I am not opposed to anything that can only help to promote the movie. As independent filmmakers we have to do what it takes and do everything in our own ability. Thank you for recommendation. 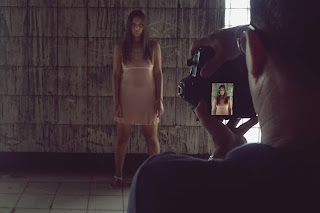 DT: Chat about Daytime Nightmare, can you officially reveal the length, and an official synopsis?

Outline:
“Lucy’s life spirals out of control when her own mind turns against her and her nightmares become her daymares.”

Short synopsis:
Aspiring actress Lucy finds her life crippled by intense migraines. The headaches develop into terrifying visions of friends and strangers repeatedly killing her. She finds herself in a loop of bizarre hallucinations, until she realizes that she’s now living inside her own worst nightmare, her daytime nightmare. 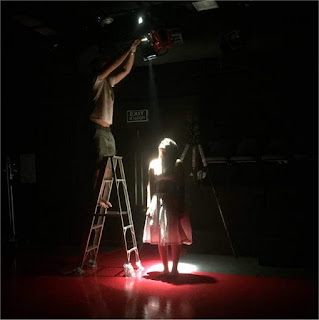 DT: Are you going to be doing a director commentary for Daytime Nightmare for a DVD release? A behind the scenes video?

KG: Most likely yes when it comes to it.

Above : Photo from behind the scenes of Daytime Nightmare (C) 2020 Grey Films All rights reserved, used with permission, not monetized.

DT: Who are some of the Horror film makers you look up to and perhaps influenced you on Daytime Nightmare?

KG: My stories and creativity are influenced by Alfred Hitchcock, Stephen King, Darren Aronofsky, M. Night Shyamalan. And many more.

DT: Curious as you told me you have a producing partner, Randy Kalsi. Randy is listed as the Executive Producer, more often than not in US films the Ex producer is the money person, and person who handles the sales of the film. Is that the case in Daytime Nightmare?

KG: Both of us, we are equal producers on this movie. We self financed it. I took care of overall production and post production. Randy was not only an actor in the movie but also took care of the whole sound, original music, theme song and sound design. His creativity and what he has done with a sound is incredible, still every time I watch the movie it gives me shivers. Randy is incredible creative and help me with every single decision when it came to a movie since beginning, during editing, color etc. 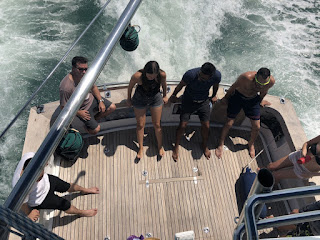 Above: Photo from behind the scenes on the boat, of Daytime Nightmare (C) 2020 Grey Films All rights reserved, used with permission, not monetized.

DT: Shifting gears, I know you have been working more on your acting and action skills, chat about some of the new skills you have required since we last chatted. New action skills, and new acting classes and methods you have learned.


DT: Chat about working in various location on film Bangkok vs the U.K. Is there a difference in work ethic or is it more crew specific

KG: It is amazing to work in Thailand. In my latest project where I play a wife of a main actor in period series The Serpent true story producer by BBC ONE/NETFLIX I get to work with UK crew and they were just incredible. Next latest series I shot is from 18th century Thailand called ENG and CHANG about first Siamese twins. 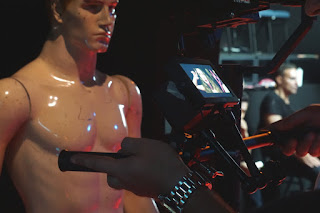 Above: Photo from behind the scenes on the boat, of Daytime Nightmare (C) 2020 Grey Films All rights reserved, used with permission, not monetized.

Chat about where the idea to do your own original script came from?

DT: Chat about the merging of genres, and perhaps what you learned from other film makers?

KG: love horror genre. I made this story as I would like to create a niche of psychological thrillers and drama. I started with this story because my other projects would require a large budget. Definitely I feel it’s a good start.

DT: Chat about some of the elements you learned from various directors you worked for.

IKG: definitely learned a lot on set working with different directors. Its all about all those small little emotions. Everyone has different style but I can say I was lucky to be working with amazing directors. Lucky and blessed.

DT: Wrapping up I look forward to Daytime Nightmare, I am thinking a September release as it is a horror film, are any territories sold as of May 2020? What are some of your desires for the film.

KG: I am now submitting the movie to film festivals so not sure when the release will be but most likely late 2020.