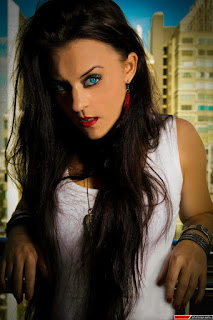 Greetings valued Dan's Movie Report and Action-Flix.com readers, I had the opportunity to view English Dogs in Bangkok prior to its USA release November 3rd. The film is full of action and intrigue, and stars Byron Gibson and Ron Smoorenburg among other action stars! Leigh Barwell stars as Tracey in the film, and is a lady who I have not had the pleasure of an interview or spotlighted on my site, Leigh Barwell caught my eye as a complex character in the film and a damn good actress, angry and convincing! I had to find out more. 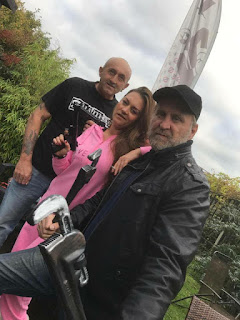 Above: English Dogs Behind the scenes- Image Credit: Brent Zillwood

According to Byron Gibson, Leigh impressed him so much, that she will be co-starring with him in Bet Dead Casino and possibly a second English dogs. 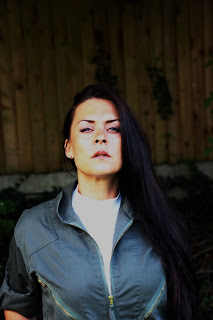 Above: Leigh in Bet Dead Casino

I always strive to spotlight people who have skill in multiple areas. The London based Leigh checks the boxes of being an actress, dancer, and choreographer. Training professionally in New York and London with Jack Waltzer. Her training shows, the thing that benefits many in acting is the nuanced expressions that more often than not do not naturally occur. Leigh has done several films in her career, along with TV shows including The Singapore Grip.

Leigh has the flair and style that will fit right in in any production, she is personable, respectful and talented, willing to work hard at her craft to ease production.

Watch for an interview later in 2020, for English Dogs in Bangkok, plus planning to ask her about upcoming and past projects, including Kate, a Netflix project she is in along with Mary Elizabeth Winstead and Woody Harrelson. Check out this plot “A female assassin has 24 hours to get vengeance on her murderer before she dies. “ Leigh has many projects coming out, and I look forward to discuss them!  Also of note though the film was ultimately cancelled She had a small part in A Man Will Rise starring Tony Jaa and Dolph Lundgren, check out this sultry pic below showing a more wild side! 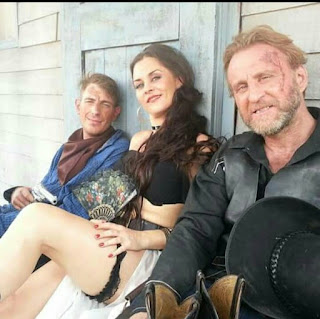 Above: Leigh Barwell in A Man Will Rise

Here is the trailer to English Dogs in Bangkok from Green Apple Distribution, please adjust your browsers to desktop mode!