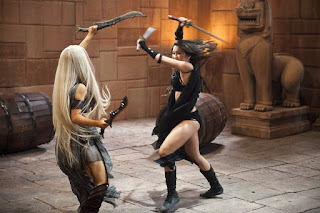 NEW FILM!!! CLICK THIS LINK FOR NEW KRYSTAL PHOTOS FROM THE COP!
http://dansmoviereport.blogspot.com/2012/11/krystal-vee-new-photos-new-film-cop.html

Sultry and talented actress Krystal Vee has literally exploded on the scene with her sublime, hypnotic portrayal of the Silda character on The Scorpion King 3: Battle For Redemption. As a writer I am always interested in finding out about fresh talent, enough of my B.S. let's get to Krystal in her own words.

I read in your bio that you have some training in martial arts, how long have you been practicing? TaeKwonDo or Muay Thai is you primary focus? Have you ever considered learning other styles?

Well I have mainly focused on training in dance. From an early age I have trained in Thai dancing and ballet, but since then I have expanded into other styles of dancing.  I was always fascinated by movement so I decided to try Taekwondo.  I only got as far as learning the basics and strengthening the upper body, but never went further than that.  Later on,  I decided to try my hand at Muay Thai (Thai Boxing).  This is partly because my sister said it was fun to learn.  I also figured that as I am half Thai and living here (and it's a National Sport) I should try it.  Anyway, up until Scorpion King 3 I had only touched on basic training in martial arts.  Preparing for the movie brought the whole martial art training experience to a new level.  It was a dream come to true to get the chance to train with the movie's stunt team. 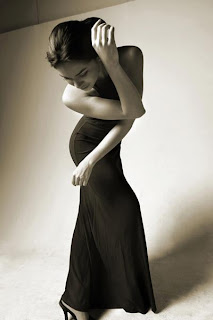 Do I want to learn other styles? Oh definitely! Been meaning to learn Capoeira just because the movements look so beautiful.  As a dancer I will always see things from a dancers point of view and look for the beauty of the foot work and body movement :)

Getting right into The Scorpion King 3, how did you get the role of Silda? Audition or wewre you called in specifically to do it? If audition, describe the process. Did you watch the prior Scorpion King films and The Mummy series?

My manager and I contacted the casting director of Scorpion King 3. She (the casting director) told us to put me on tape and send it over to her so she could pass it on to the director (I was actually on tape with Geoffrey Giuliano- who played Sirius, FYI talented actor).  Then surprise! I got a call back and met with the director in Thailand. There were a lot of requirements that had to be met for this role, as it not only needed the right look but also needed someone who had martial arts experience. So it was like auditioning for the acting part first then putting ourselves on tape by learning a fight routine with the stunt guys.  It was really exciting! It would have been totally worth it to be a part of the auditioning process just because it's the Scorpion King franchise.  I am a fan! :)

Playing a character that has a dual role (innocent, and tough girl) what are the aspects of Silda's character are like your own mindset? Is there a bit of Silda's wild side residing in Krystal?

Actually I do have a combination of a sensitive and aggressive personality, people tend to think that I'm just sweet but I do have another side that can be very different and I guess you can say, wild, you can ask my family, haha.  I'm very respectful and loyal to my friends and if anyone does anything to hurt them and I feel like they're being treated unfairly, I'll do anything to stand up for them.  I can really make my point verbally.  I have that in common with Silda, but the only difference is I wouldn't bust out in a fight when mad :)

How long was your portion of the filming process?

There was just under 20 days of shooting if I remember correctly.  The only part that took a while was training. That was about 5 weeks long.

Must have been fun to share time onset and onscreen with another
strong female character Tsukai played by Selina Lo? The fight you ladies had was quite a wild one. Share a behind the scenes story about that fight scene. How about any bumps and bruises on set, looked like a rough and tumble time?

Practicing with weapons was definitely intense, I have to admit.  Bumps? Bruises? Well of course, it wouldn't be possible to come away from intense training unscathed, but there were no serious injuries of course.  They made sure that Selina and I were always safe and the stunt team took great care of us during training. 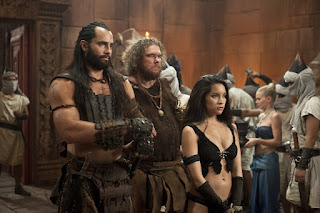 
Hero or villain do you have a preference, could you see yourself as the Tsukai character?

I love playing both! Do I dream of playing the wicked/evil character someday? Yes I do! I did a TV series in Thailand where I had to play the villain, it was fun getting to play the spoiled brat who always got her own way and always slap the troubled girl as oppose to having to cry all time because you're being bullied, so yes, for acting it would be fun. Being evil in real life? Umm no.

The sparring fight with Victor Webster (Mathayus) I am assuming you took it easy on him haha, must have been fun for you guys to do?

It was hilarious! He's so tall! Yes, it was definitely fun, especially trying to nail that scissor kick in the end.  Imagine how high I had to swing my legs up to reach his neck so I could take him out. 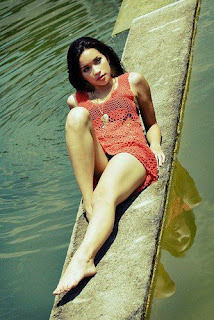 Chatting  movies in general, do you have a particular style of film you like to watch, (Action horror, etc)> Who are some of your favorite actors and actresses?

My favorite actresses are Natalie Portman and Helena Bonham Carter.  I love actors or movies or anything that show a lot of intensity.  Especially when you see the vulnerable side first, then later in the movie the aggressive intense side kicks in and catches you by surprise, those are the best ones.  Helena Bonham Carter is amazing and I love how much power she has.  Natalie Portman is also amazing, I loved her in Black Swan and getting to see her play a dual personality.  Wonderful surprise it was.


I read you did some modeling earlier in your career, do you still do that or are you primarily focusing on acting now?

Yes, I still model.  I make my living through modeling, acting, and dancing (well I haven't taken on a dance job in a while, now I just pay for more dance and singing classes, haha).  I am now focusing my energy on photography.  I do a lot of photography projects and have been working at it for 8 years.  I plan to go to photography school. 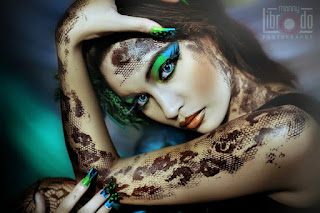 
What about some of your future projects, what is down the road for Krystal?

Would love to do more films if that's possible, but a musical or theater would be a dream come true.  If there is time, I would love to go in that area. Right now I'm quite busy with current projects, which is doing voice overs for an animation (I play 2 characters, boy and girl), also modeling and shooting commercials.  I'm also deciding whether I should go to LA or London to study photography :)

Thanks I really appreciate it! I wish you nothing but success in the
future and for your support of Dan's Movie Report.

Thank you :)
I wish you gain more success in whatever u do and More happiness this year...

That is it for now readers! Keep reading Dan's Movie Report for further updates on Krystal's activities!

Slice your browsers over to her official website @ http://www.krystalvee.com/
Posted by Dan's Movie Report-Danny Templegod at 9:41:00 PM