Actress Zara Phythian reports that she has just completed work on an exciting project called He Who Dares and will be working on a new film this year called MemorieZ http://memoriez.blog.de/

" Delighted to be cast and working with Timo Rose's new horror 'Memoriez'. As soon as i read the 1st draft of the script i was captured by the character he had in mind for me especially with the action skill set as well. The film is more than just gore and i think it will surprise a few out there once completed, plus the fact that i get to play Zombie smash em up is right up my street, looking forward to meeting the rest of the cast and shooting both in Germany and UK, well done Timo, it's going to be an awesome journey " .. Zara Phythian The Hike, He Who Dares, Underground,

Watch for more exclusive news and info on Dan's Movie Report later in 2013!

Zara also is still very active teaching the all aspects of fitness and martial arts with her Academy in the UK http://personalbestacademy.com/  If you want to train with the best, hit that site up! 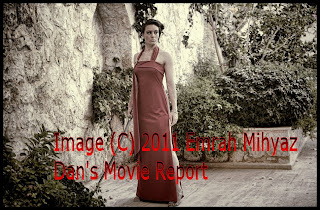 Zara is also Very active in the Twitter-verse hit up her official site for all the info @ http://www.zaraphythian.co.uk/
Posted by Dan's Movie Report-Danny Templegod at 9:16:00 PM