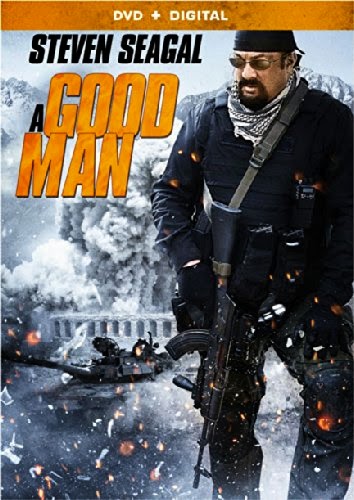 Fear the beard! Steven Seagal is back and oh man is he out to finish the job, in 'A Good Man'. A Goatee laden Seagal blasts through the bad guys in this gritty crime drama. A Good Man starts out in some fictional country where he is part of a assault detail team, well actually a detail of two, three if you include his new found facial hair as a separate entity, that has to kill high ranking terrorists, before a drone strike is ordered. All hell literally breaks loose as not only does one of the suspects get away, but the drone strike does happen and innocents are killed. Not a spoiler, happens in the opening 3 moments of the film. 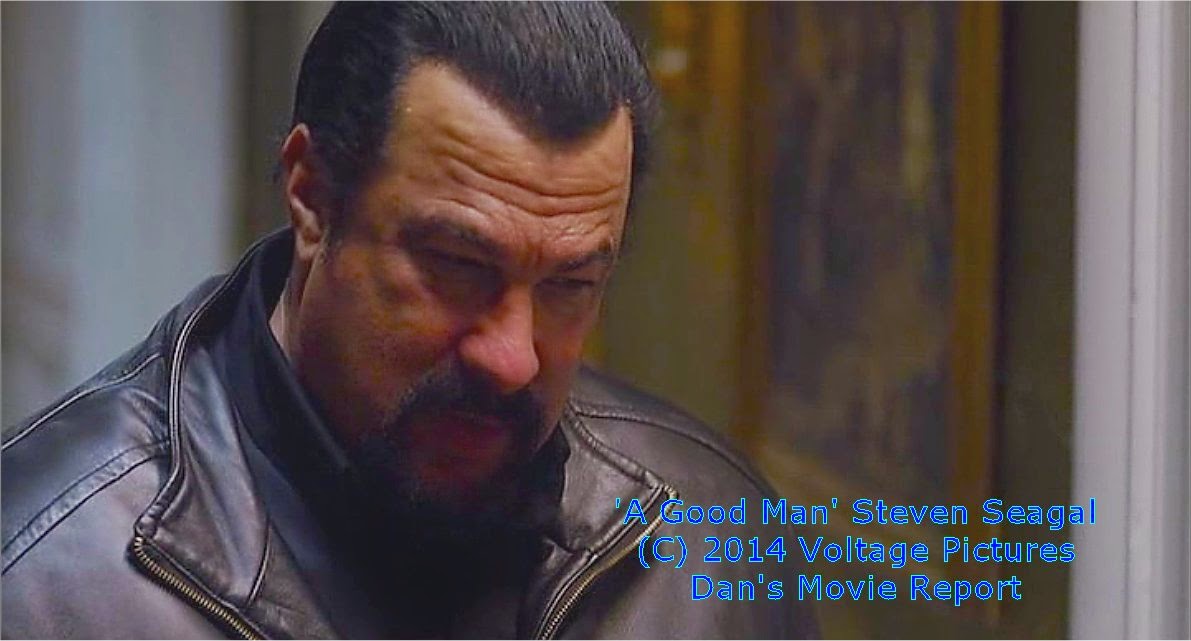 'A Good Man' is one of Seagal's best direct to video films in a long while. Although there is some humor in the language, especially in the initial sequence, and later typical Seagal style insults. "It takes the I.Q. of a mature caterpillar, to know the difference between the staff and the dancers. " he says to one of the thugs. The film is gritty and rolling through the streets of Bucharest, there are many bad men, and seemingly many more salacious, hot and ready women. Victor Webster was really brutal as the "Good" bad guy trying to pay off his debts. He, and  (his action doubles) have many memorable vicious fight sequences in "A Good Man", watch for the phone booth sequence. 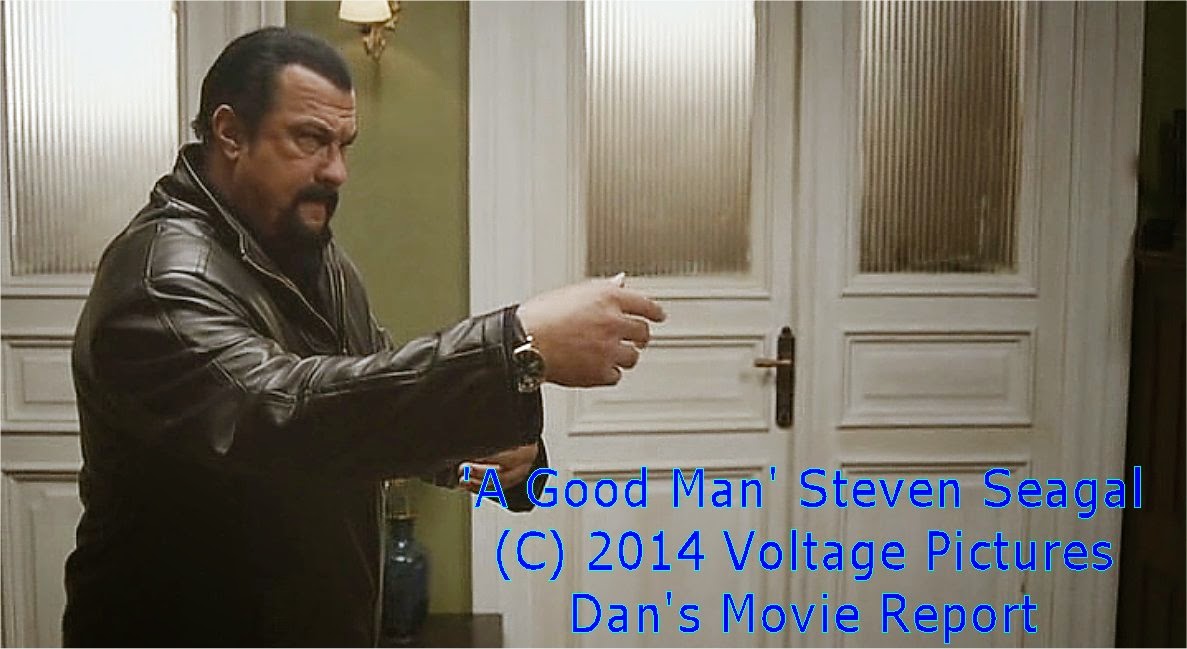 Another great thing about this film was the acting of two of the female stars, the young girl Mya Sofia Nicolaescu  and the beautiful and talented Iulia Verdes as Lena her adult sister https://www.facebook.com/iulia.verdes.official. The two had to deliver a large amount of dialogue and emotional scenes. Both were an absolute joy to watch on screen. More often than not many independent films suffer from bad acting from pivotal characters, who are just not putting forth the effort. Mya  had to go through an amazing amount of stress being captured in A Good Man, and Sofia really pulled it off perfectly. Lena character also was scarred, and threatened, etc... and Iulia had do display a variety of emotions, obvious she researched, and got into character. This fact added a balance and intensity not normally found in a low budget film. Actually all of the acting in 'A Good Man' was pretty good, and Tzi  Ma as the master villain, very cool. 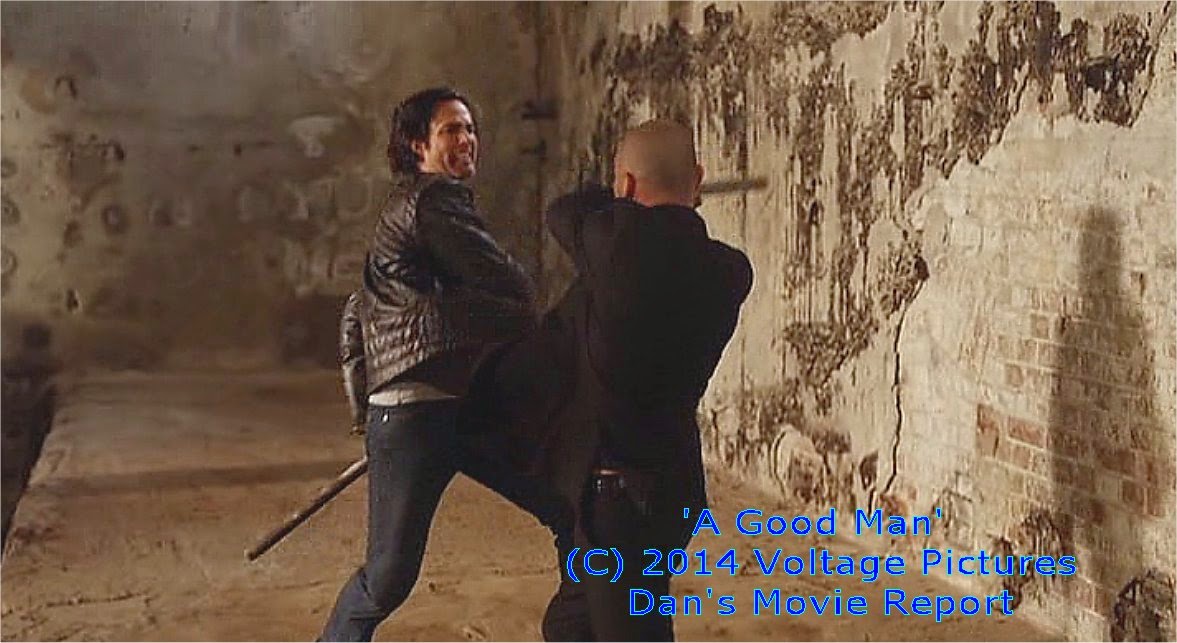 Perhaps the most entertaining aspect of 'A Good Man' is the nearly nonstop action, and the incredible fight sequences. At almost 105 minutes, there was never a lull in 'A Good Man'. Yeah there were a few oddities. for instance, as when they had Mya captured and they needed two armed men watching her and she was tied up, and Victor Webster, no armed men on him, and a flimsy plastic hand tie. Let me think on this who is more dangerous, a 60 pound 8 year old or a 250 pound man.  A few more come to mind, but nothing to detract too much from the focal point of the story. 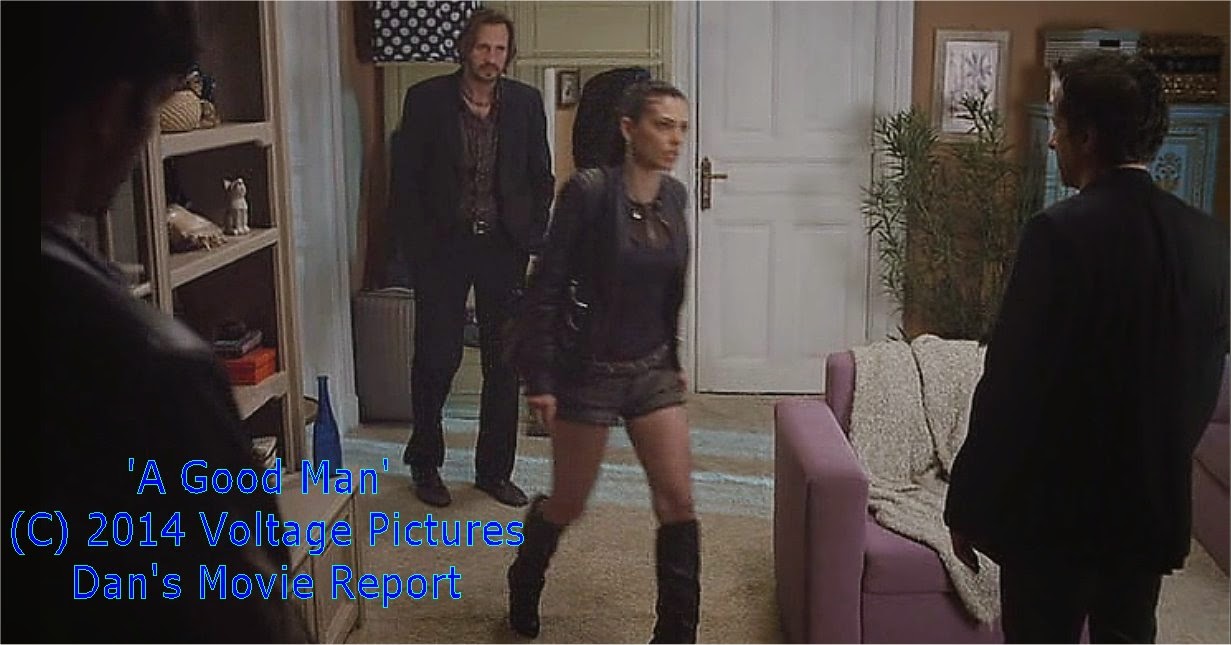 The fight sequences are long, and a few take place in an abandoned building, this allows for more freedom to actually break things and, not be "soft" with surroundings. The camera work on the fight sequences really allows the audience to be involved in the action, never to close, nor too far away to see the fists, kicks, and blades flying. There is a particular fight with Victor Webster and a thug in a multi-level warehouse building with a cool stair case, looked very tricky to camera shoot properly, but it turned out clear, thus easy to follow the action.

With regards to Steven Seagal in 'A Good Man' again he is one of the main characters, but not always the focal point, Victor Webster gets much of the fighting duties in the film. As a side comment, my lady and I are trying to figure out if the goatee was real on Seagal, cause if it is, wow, I call an epic follicle masterpiece. Perfectly quaffed, jet black, and never a hair out of place, haha! Seagal looks a bit trimmer, still has his signature black trench coat multi-layered look. Appearances aside, Seagal is back, more intense than ever, and he is out to get the bad guys, and throw ridiculous insults!

Overall, 'A Good Man' is a great action film, gritty and violent, if you are offended by this type of violence, many bad men with goatees, and ladies in a strip club in various states of undress, stay away.  I will rate 'A Good Man' a must own, 8.5 out of 10! Seagal's goatee, if real, rates a 10 out of 10, if pasted on a 7, still looking amazing, hahah, let the haters commence!

The film releases on August 19th and is available on Amazon, by following this link @