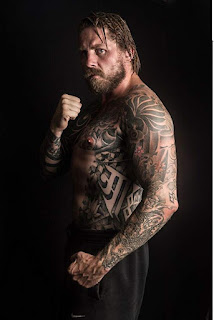 Greetings valued Dan's Movie Report readers, once again a new demo reel has come to my attention. I follow wrestling, yet when I first saw Greg Burridge on screen in the Ross Boyask film Salvation, I was impressed by his skill in front of the camera as an actor as well as in action. Greg has style, is a hard worker and ready for a good tussle at any time! Get ready as he recently wrapped up on the new Ross Boyask film Vengeance 2, and the new Jesse V. Johnson / Scott Adkins film Avengement!! Color me black and blue, looking for more in 2019 from Greg, until then check out his great new reel. Watch for an interview later in the year closer to the release date of those films!! As always stay locked in to the only indie website that never shares news, Dan's Movie Report!!

Check out all of his videos on his official YouTube Channel @ https://www.youtube.com/channel/UC-CKDRPqkxkyz_4d_5KwsYg 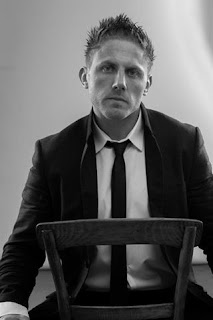 On February 3rd he is hosting a wrestling cinematic fight workshop, this is a great idea as it is bringing the gap between wrestling action and on screen choreography. If you live in the U.K. Or for that matter in Europe, I would be sure to make plans to attend.

Greg has this to say: This will be the last workshop before we go into pre production on our next action film. Newcomers are welcome alongside people that attended the first or second workshop.


THE ROCK, JOHN CENA , BAUTISTA, STONE COLD STEVE AUSTIN, STU BENNETT, GREG BURRIDGE ;)
just a few wrestlers who thought outside the box and bridged into the world of movies.

It has been my belief for a long time that pro wrestlers make great stunt performers I'm not saying we are the best, but we certainly can offer something different.

Being a pro wrestler that has moved into the movie industry, I realized that knowing the art of wrestling is much more than performing your art within the squared circle. The true artist who can think outside the box, will understand that they can take the skill we have learned and with just a few altercations can be adapted to on screen action, and take there career in another direction or use it as a tool to further there wrestling career.

This workshop will also double as a audition/ try out for my stunt team for my second feature, (the first being LONDON RAMPAGE starring WILL OSPREAY ) that will begin production late December 2018.

We will also be joined by film producer Joe Karimi , who has produced several WWE studio movies.

So come along and add a new string to your bow

Workshop cost - £20 on the day. Reserve your place on this page
Posted by Dan's Movie Report-Danny Templegod at 7:02:00 PM