Writer/Director Kellie Madison To Direct 'The Wall" for Dolphin Entertainment!! 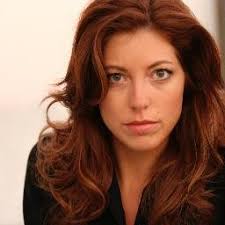 Updated Feb 1st 2019: EXCLUSIVE!  Kellie Madison had this to say exclusively to Dan's Movie Report The Wall is a horror film." "We are still planning for 'The Gate' feature after this film." "Trust me it  (The Gate) will be better for it.

Greetings valued Dan's Movie Report readers, of course I never share the news but on this occasion I have to. I always read deadline, as they break the stories rather than rewording it here is the link. https://deadline.com/2019/01/the-wall-dolphin-entertainment-horror-film-kellie-madison-tom-ortenberg-1202546273/

Synopsis:  The Wall tells the supernatural story of a young woman who is forced to unlock memories of a traumatic event after removing a mysterious painting from the wall of her rented apartment.

That is right Kellie Madison who directed "The Gate" short film and "The Tank" has her script sold to Dolphin Entertainment and Producer Tom Ortenburg will Co-Produce through his company Briarcliff Entertainment. Mr. Ortenburg was instrumental in Open Road Pictures, the company that released the Oscar Winning "Monster's Ball"!

As a writer and lover of indie films, this is a significant step to female storytelling. Kellie has a stick to my guns attitude and is very steadfast in her ideas.

I was able to obtain many exclusives for The Gate on my website and proudly supported her indiegogo campaign! http://dansmoviereport.blogspot.com/2015/10/the-gate-exclusive-on-dans-movie-report.html

Exclusive Behind the scenes video from The Gate: Above

Actress Amy Johnston and an exclusive Promo from: The Gate Below