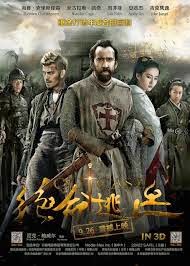 
'Outcast' is an odd film, an amalgamation of U.S. and Chinese talent. Starring Nic Cage, Hayden Christensen, and Andy On. Basically the film is a story of a murder and sort of revenge, all set against the backdrop of odd Crusade style uniforms and time period, with mish-mashed time period devices and variety of English dialects.

'Outcast' opens with a medieval, crusade style battle, dare I say melee. Actually the battle sequences on the 3D 97 minute film are enjoyable, not super long, but good enough to evoke an emotional response. Not really sure however if the Crusaders in the 12th century actually made it to China, mainly because the country was still in the Confucianism stage of evolution. Skewed history, but still possible to make a fun film, however, sadly other aspects of the film make it fall flat.

Character development in 'Outcast' is on the fly, but never delves deep enough to full care about, nor even like or dislike any of the characters. The younger cast members, the children of the fallen leader actually are the most likeable ones, and it is easy to develop a sympathetic ideaology to them, however the same cannot be said for much of anything else. The film travels from battle to battle rapidly, and when the cast is not fighting the dialogue is rather week and uninspiring. 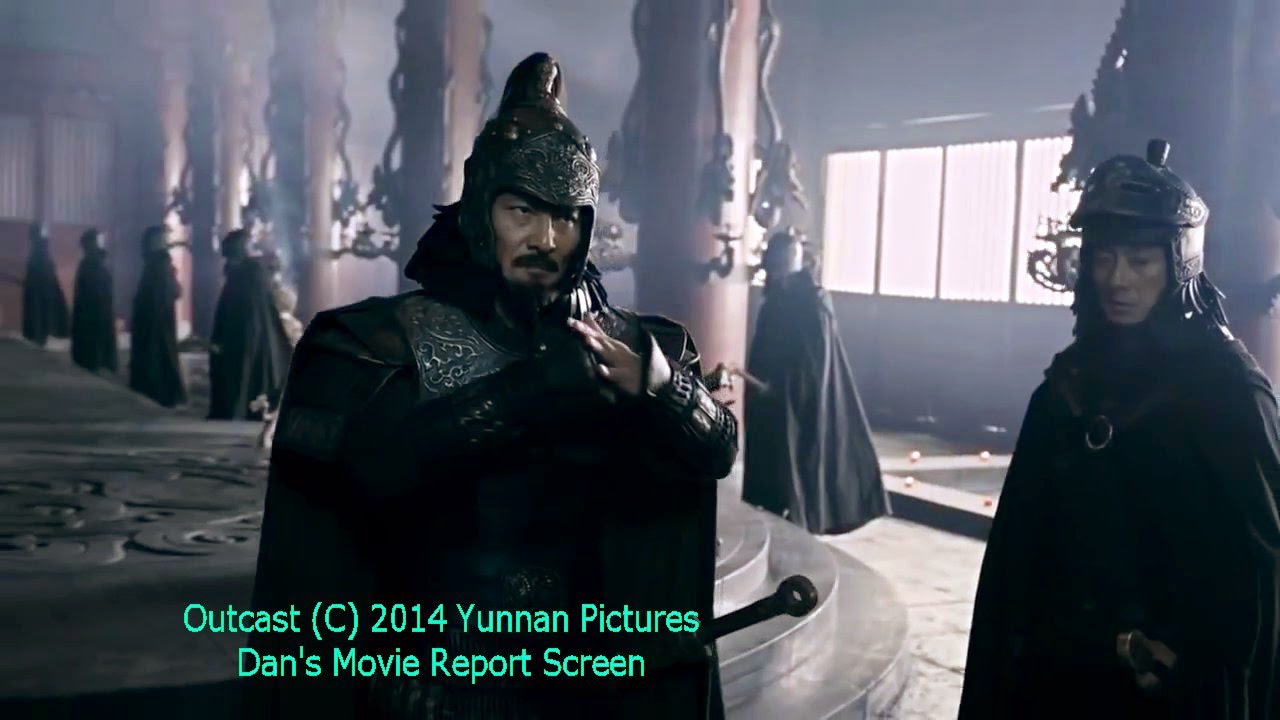 
I wanted to enjoy 'Outcast' as I think that the combination of U.S. and Chinese film making can and needs to work. In order for films like this to work a concerted effort in dialogue, perhaps mixed languages, and or accents need to be upgraded. If it is an historical type drama, even a work of fiction to at least set it in a backdrop of the proper time period. There just were not any knights Templar in China in the 12th Century. Finally cast actors and actresses with a zest for emotion.

Overall I give 'Outcast' a 5 out of 10. I do admit that the battle scenes, action, and stunts are fun and perhaps worth a rent, but that is about it. Hats off go to Nick Powell, and the entire action and stunt team, as it is a difficult transition from stunt man to director, and I am sure his next film will be a leap forward.
Posted by Dan's Movie Report-Danny Templegod at 9:17:00 AM