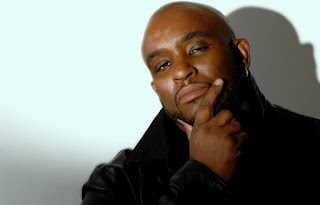 All photos provided by Ben, from his Facebook Page, and 'Black Salt' Page

Greetings Dan's Movie Report readers, time to step into the director's chair with the talented Ben Ramsey. Ben has a wealth of experience in film, working with talented people including Michael Jai White. Currently, Ben's directorial work can be seen on the award winning short film 'Black Salt'. The film recently won a competition and can currently be seen on ActionMax and HBOGo. Ben also was a guest star on the recent episodes of the 'Rush Hour' TV series. Time to get inside the mind of Ben, and chat about his recent efforts. Enough of my rambling on, Ben, bring the textual pain!

Going in the time machine a bit, chat about the filming of 'Blood and Bone', and working with MJW. Share a production story that you never talked about yet.

'Blood and Bone' was a wonderful experience. It was great working with Mike who I’ve know for years. We had planned on working on a project together and this one kind of fell into place. It was a script that Mike had and had been trying to develop for a long time. He brought me in to direct and the rest is history. We did a bit of guerrilla shooting on 'Blood and Bone'. The scenes of Bone and Pinball driving around Los Angeles were totally stolen. No permit or nothing as well as the scene of Bone strolling off into the sunset. As a matter of fact while shooting that shot cop approached use and asked if we had permits. We said we were just testing the camera.

On to 'Black Salt'- How did you and Owen come to collaborate on Black Salt? I noticed you worked with Michelle Lee on Blood and Bone, did you have input on some of the casting etc..?

The 'Black Salt' project came to me by way of an actor friend Kenyon Glover. He was in contact with Owen. Owen told him he was looking for a director for a proof of concept short he wanted to do. I had known about Black Salt for some time and was a fan of the comic book. Since I was eager to get back in the director’s chair and exercise that muscle again. I signed on. As we went through the development process it kept getting bigger and more ambitious. What was supposed to be a Winter project for me turned into a two year project. The only person we actually cast was Kinyumba for the lead. We looked at over 100 actors for the role. The rest of the cast were all friends that I brought on board. I'm lucky to have such a talented pool of really close friends. They’re contributions made the project really shine. Ron Yuan was instrumental in getting the project done. He came on as co-producer Stunt coordinator fight and action designer. So when I wrote a new scene the MI6 scene it was only natural that I brought him in to act. James Lew is a legend. I was so lucky to have him come on-board as well as Anthony Nanakornpanom and Sheena Chou. The character of Monk Sing played by X.J. Wang was originally going to be played by my good friend Arnold Chon but we had a scheduling problem and Arnold couldn’t do it. But it worked out well as X.J. is a real Shaolin monk. He brought a real authenticity to the role. Then there is Michelle Lee. What can I say about her. She has been a good friend for many years. She is a super talented actress and stunt woman. She was my only choice for Horse Ripper.  What was Ironic is that Owen had approached her about playing the role of Horse Ripper even before he met me. 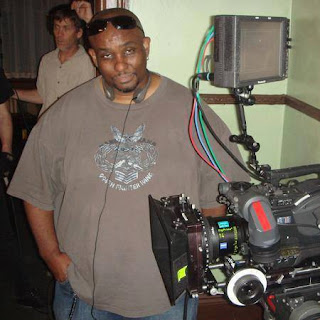 Speaking of Michelle and the action, chat about the challenges of directing the action in a night shoot with water effect, the fight with her and Kinyumba Mutakabbir
perhaps set up the action etc…

It’s always challenging shooting a good action scene. But when you have talent like we had on Black Salt. It seemed almost effortless. Of course I wasn’t the one punching and kicking all night long in the rain. But both Kinyumba and Michelle threw everything they had into those scenes and it shows on the screen. What really makes the scene work is more than just the choreography the the performances they both turned it. The scene is much more about emotionalism than just action.

Black Salt had the feel of the beginning of a cool series, have you and Owen discussed future episodes?

There are plans for a possible feature length film and/or a TV mini-series. But yes…you can count on seeing more adventures of Black Salt in the future.

Shifting gears to 'Rush Hour'- OK man, tell me about that crazy fight scene in the bar, for the 'Rush Hour' first episode, pool ques and nuts are not a good combo, haha. James Lew is a real expert in action.

Rush hour was a trip man. It just kind of fell into my lap. James was looking for some big black dudes for and action scene and he knew that I practiced martial arts. I am not a stunt man but I know my way around a fight scene. So he asked me to do it and I was like “Anything you want James.” So I came on-board and got the crap kicked out of me all night by John Foo. It was a lot of fun but man, was I sore in the morning. I have a whole new respect for my stunt brothers and sisters. 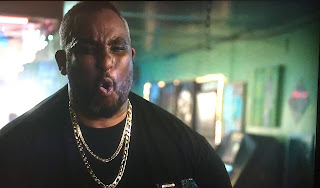 What about the faces you made, during the action, all you or did you have some coaching?

No I really didn’t need any coaching. I’ve practiced martial arts for years and I’ve gotten kicked in the nuts many times so It wasn’t hard to make the right faces. I was wearing a cup so it wasn’t a real nut cracker.

Speaking of nut kicking, what are some of your thoughts on the initial Rush Hour pilot? I liked the ridiculous humor, mixed with action, I am assuming you did?

I enjoyed it quite a bit. Lots of fun with humor, and the action that more pays homage to the movie franchise than imitates it. The series is it’s own thing.

Next up for Ben, new projects, concepts you want to work on?

The next project on my plate is a Scifi action project called 'Interface'. It could best be described as a cross between The Matrix, Inception, Blade Runner and Fight Club. Check out the official Facebook Page @ https://www.facebook.com/theinterfacetv/ Looking forward to that one, wrapping up, Advice for indie film directors, what are a few of your dos and don'ts?

I have one bit of advice for indie directors. Be original. Don’t try to do what you see Hollywood doing because there are a million projects in development that are doing that. Try to be the next new thing. That will get you noticed before being an unknown doing the same thing a lot known filmmakers are doing.

Love life, love what you do, love who you are and the world will be a wonderful place.

There you have it! Ben Ramsey chats exclusively on Dan's Movie Report, your #1 indie home for action on the web. Watch for more on 'Black Salt' later in 2016! Watch Rush Hour on CBS! Thursdays at 10pm!

Check out 'Black Salt' now on ActionMax and pre-order the DVD @ http://blacksaltfilm.com/

Support high quality indie film, and allow the directors and actors the freedom and creative vision to continue to push the envelope!
Posted by Dan's Movie Report-Danny Templegod at 9:27:00 PM