Update 3-18-15 Skin Trade will have online debut April 23rd and theatrical May 8th, Magnet Releasing is prepping the film as this is typed! 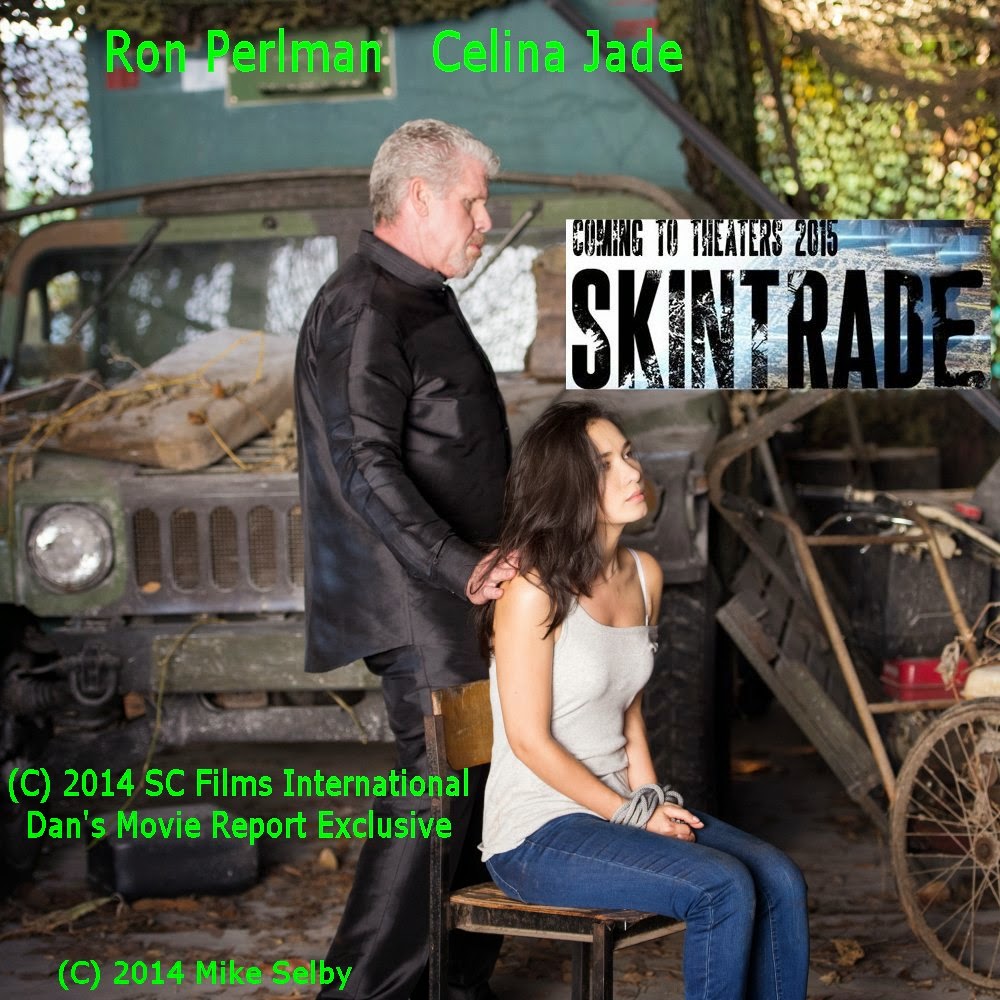 
Greetings my valued readers! Over the coming months watch this page for exclusive content related to the 2015 film Skin Trade! After conducting a 3,000 word interview with lead actress Celina Jade http://dansmoviereport.blogspot.com/2014/07/actress-celina-jade-interview-exclusive.html

I have decided to focus my efforts to show the importance of this film, as It will represent a huge leap for all parties involved. Not only does this film center on the very serious subject of human trafficking, but it represents an amazing amalgamation of talent, diverse and multi-cultural. 2015 also marks the U.S. theatrical film debut of both Tony Jaa and Celina Jade, all I can say is FINALLY!!!!!!!

Not only are these two performers amazing on screen, they are character people off screen. Tony Jaa will have his first on screen romance, a big step for any action star. Obviously, every single cast member chosen was chosen for their character off screen, like a true relationship. I cannot think of a better person than Celina to work with Tony to help him bring out his softer side.

I am humbled but the willingness of director Ekachai to be able to share his dreams and desires, his full positive attitude is inspiring to say the least. Producer Mike Selby has a vision, and it is an amazing one, taking on a project that is a true passion.

Skin Trade will mark the triumphant R rated return of legends like Peter Weller (Robocop) Michael Jai White, and Ron Perlman to the big screen.  'Skin Trade' represents a huge leap forward in a Thailand production, a solid budget, and a full force of quality individuals on all aspects of the process, even on the way information is released.

Below is a photo from Skin Trade Facebook page: 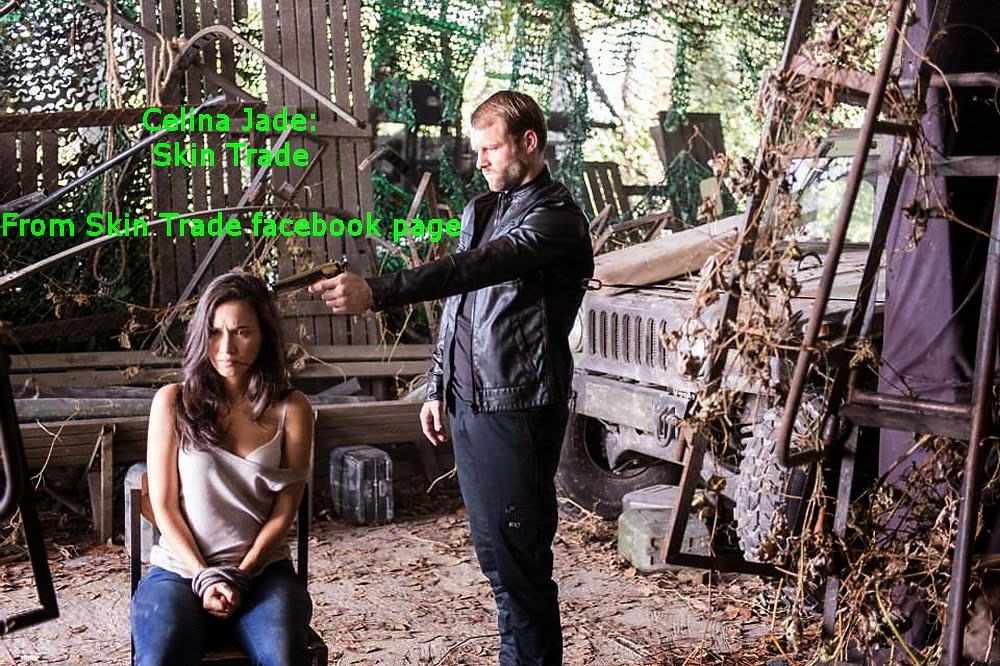 The two photos are taken from a scene that Celina Mentioned specifically in her interview.

At over 110,000 likes, the official Skin Trade Facebook page has amazing support for a film eight months away from release. Slowly, information is released, a text based tease here, a photo there, as the audience learns more, we want more! We are learning more about the characters, finding out more about what drives them. The marketing campaign allows for a slow burn, a feed of information to various news outlets.

As the May 2015 release date for 'Skin Trade' approaches, eventually watch for more exclusives, text, interviews, and photos! Keep your browsers locked in on your home for movie exclusives, Dan's Movie Report.

For additional cast information blast your browsers to the Official Facebook pages of the stars!