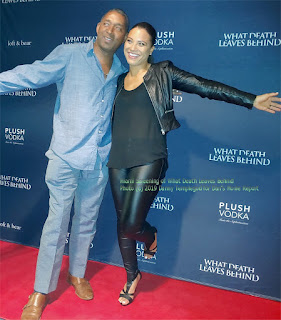 Greetings valued Dan's Movie Report readers. On October 10th I had the unique opportunity, thanks to producer/writer Rachel Ofori to attend the South Florida Screening of What Death Leaves Behind. The screening took place at the amazing AMC Aventura 24 theater, incidentally, the same theater that was host for the Widescreen Festival for the first four years. 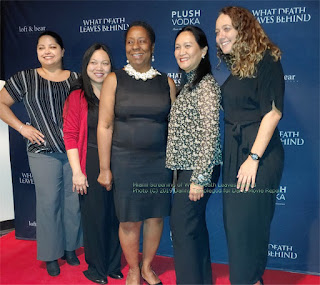 Rachel, along with her father and aunt in attendance, provided a warm family atmosphere for the thoughtful thriller/drama. Enjoy the exclusive photos and video taken by myself and the ones of me and Rachel by Paul Newbern who was my guest for the evening's festivities. 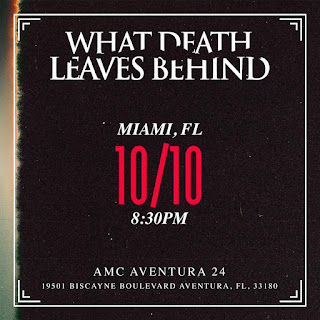 Rachel and her team are very pro, they had a red carpet set up, along with a very nice backdrop, this allowed for some nice photographic opportunities. The screening started about 8:45 with a red carpet prior, then some after. Following the movie Rachel answered questions about the movie, and even gave away a T-Shirt and Pen for a contest. 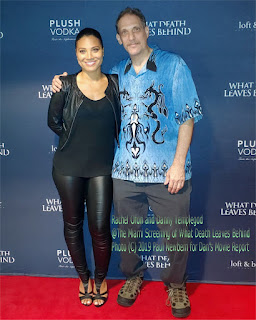 Overall I really enjoyed this laid back, yet entertaining way of watching a film with a red carpet. This is a great film and Rachel and her team have several screening events coming in the near future.

Above: Live Shout Out to Dan's Movie Report in 4K @ 60FPS! Special thanks to Rachel Ofori and her entire team.

The team have a full listing of upcoming screenings and link to purchase tickets @ https://www.whatdeathleavesbehind.com/in-theaters/

Support high quality indie film! I posted a non-spoiler review on the link below: 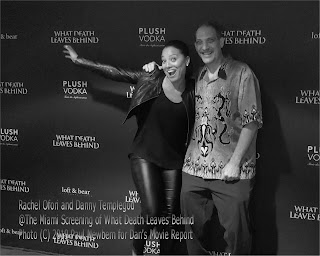 At each screening there will be a short question and answer session following the film. Most of the screenings start between 7 and 8pm, the film runs one hour and twenty-five minutes. 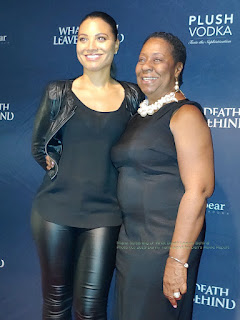 Above: Rachel with her aunt, who was the organizational person for the table and guests at the Miami screening.


Keep reading Dan's Movie Report for more exclusives throughout 2019, including an interview with Rachel, and a DVD giveaway in early 2020!

For further up to the minute information please connect with the film's social media portals: