STUNTS: The How To Handbook Book Review 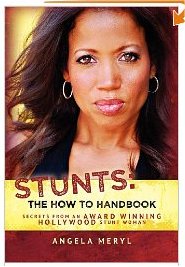 As promised, the 2012 year of action continues with the first ever Dan's Movie Report book review. Please be patient, I have never reviewed a book before, yes I have read some, ha ha.  Angela Meryl's STUNTS: The How To Handbook: Secrets from an Award Winning Hollywood Stunt Woman is an excellent place to begin my journey.

Angela Meryl has a wealth of stunt experience, she seamlessly reigns it all in with this fast paced, informative, compendium of personal experiences and inside tips and tricks of the trade.

STUNTS opens with an appx. 25 page introduction into Angela's dynamic and life changing encounter as a guest on Oprah. While most guests drop by, Angela took that to new heights by careening of the roof of Harpo Studios! She details all aspects of the encounter from initial call from Oprah's producers to actually being a guest.

The next portion of the book delves into the personal path Angela takes to become successful in the business. As I stated before this is a fast paced read, but she is careful to relate her real life experiences as examples. Angela describes the way her experiences allowed her to build her career. An example of this was the stunt she did for Vivica A. Fox on Kill Bill. Interestingly enough she had surgery before the audition and during the stunt itself was injured, but toughed it out, persevered and the rest. STUNTS is a very descriptive book when it needs to be in addition to a very informative one.

The middle portion of the book called: Making it Happen For You is divided into 9 chapters covering all aspects of stunt work ranging from having a mentor, building your brand, and preparing for work.  Angela makes a point to focus on the importance of being a well rounded stunt person, being careful and finally being true to yourself, know when to say know. Actually my favorite story in the book is when she refuses to do a stunt because she does not feel confident to do it, and goes on to explain why.

STUNTS concludes with a comprehensive 45 page resource guide, and a detailed film terminology glossary. Angela lays out all the information available, including stunt organizations, training facilities, and driving schools.

Hopefully Angela will make STUNTS available as an e-book, because many professionals are on the go, and may need to turn to the resources in the book for future reference, even on film set or rehearsal.

STUNTS makes not only a solid read for aspiring actresses and stunt women, but also an inside peek into what happens behind the camera and is a highly recommended read for anyone interested in action films, even if not interested becoming a  stunt person. I read this book in one sitting, and found it quite enjoyable. STUNTS: The How To Handbook rates a 9.5 out of 10

Please Purchase the book directly from this website @ https://www.createspace.com/3693193

For more information on Angela Meryl go to her official Site @ http://www.angela-meryl.com/

Posted by Dan's Movie Report-Danny Templegod at 10:30:00 AM No comments: 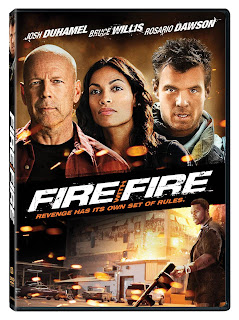 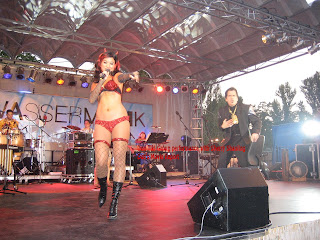 Don Tiki group will bring their exotic Hawaiian themed performance to the stage in three places this Holiday Season. Full of surprises and great entertainment, Tiki always pleases his crowd. Sherry Shaoling joins onstage, and provides the some of the great visual and auditory accompaniment. Don Tiki's website is at http://www.dontiki.com/ 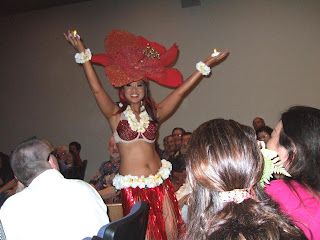 Got a cool email from a gentleman informing me of a interesting slice of indie cinema. "Immortal kiss" rocks home video and VOD November 1st. Starring an old school "Bond Girl" named Trina Parks, I am curious,

To all of my contacts in the North East--and to everyone, in Hawaii, my thoughts are with you with the upcoming Storm.

More stuff in November as I rework Dan's Movie report.