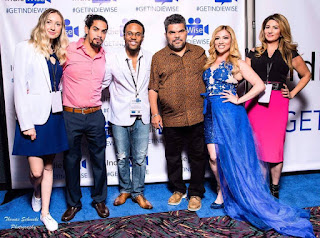 Above: IndieWise Promo Photo from the 2017 convention!

Greetings valued Dan's Movie Report readers, it is nearing that time of year again for IndieWise! The massive 4 day taking place this year August 9-12th at the Double Tree Resort in Hollywood, Florida. The event features 200 film screenings at the AMC Aventura 24 theater, social gatherings, a battle of the sexes and of course this year, an all white Yacht party! For the film makers there will be master classes, pitch sessions and workshops. Additional exciting events are planned, keep checking the official site below, for more!

For further information point your browsers to the official website @ https://convention.getindiewise.com/

Posted by Dan's Movie Report-Danny Templegod at 10:34:00 PM No comments: 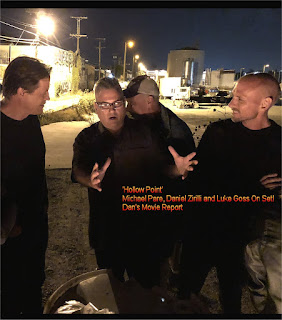 Above: Michael Pare, Daniel Zirilli, and Luke Goss on set of 'Hollow Point'

Hank Cormac (Luke Goss) is a lawyer and a charismatic vigilante who leads a team of crime fighters. (including Michael Pare and JuJu Chan) as Amanda, waging a private war against the criminal underworld lead by the vicious Trigger (Jay Mohr).  When the legal system fails Nolan Cooray (Dilan Jay) whose wife and child are killed in a cross fire by Trigger, Cooray joins Hank and crew out for payback leaving his moral compass spinning out of control...

Director Daniel Zirilli has this to comment on Hollow Point:

“Directing this ensemble cast has been electric - with the blend of action, high-stakes drama with each actor bringing an original take on their roles” according to Zirilli. “Some actors I cast against type and are a revelation- such as Jay Mohr’s chilling portrayal as a violent crime boss”.

Producer Adel Nur stated: “Once I read the script, I knew we had to make this our debut film at Halcyon Films with Zirilli at the helm.”

Zirilli will next direct another Action/Thriller for Halcyon Films in Asia, details to be announced soon, as part of a multi-picture pact.

Keep it locked on Dan's Movie Report and Action-Flix.com for updated information, interviews, and more photos and videos, later in 2018! Check out the exclusive interview from Chad Law on Action-Flix http://action-flix.com/action-flix-home-page/exclusive-interview-writer-producer-chad-law-talks-black-water-with-jcvd-and-much-more
Posted by Dan's Movie Report-Danny Templegod at 1:12:00 PM No comments: 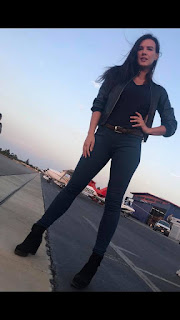 Above: Natalie Burn on set of Hollow Point 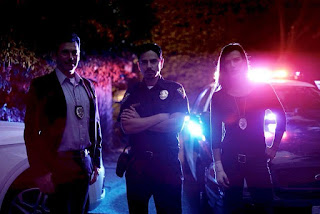 Above: Natalie Burn - and the long arms of the law in Hollow Point

Greetings valued readers of Dan's Movie Report, across my desk from across the country comes Natalie Burn. Natalie hails from Kiev, Ukraine and recently obtained her U.S. Citizenship! Currently she is hard at work on the new Daniel Zirilli directed film Hollow Point. Natalie has vast experience as a ballerina and dancer, and has ventured out into all forms of media including behind the camera work as a producer and writer. In Hollow Point Natalie plays detective Emily Plaza, should be a kick ass ride as Daniel Z always has strong, dynamic, and very entertaining roles for the ladies! In the mean time check out Natalie Burn's official site and social media outlets, and keep it locked on Dan's Movie report for more info on Natalie and Hollow Point!

Check out this bad ass audition! Natalie Burn in action! Natalie is a pro and works hard to get into the characters she will play!

Posted by Dan's Movie Report-Danny Templegod at 8:21:00 PM No comments: