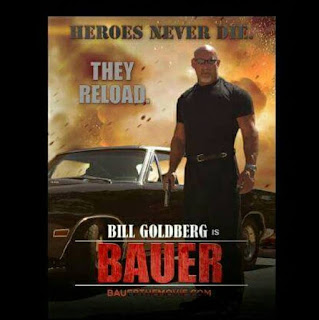 
Greetings action lovers worldwide! Well than, the blasted intensity that is 'Bauer' just has leveled up, with Daredevil's Nobu himself, Peter Shinkoda taking on a role as one of the featured villains! The full force action film begins principal photography in early September!  Special thanks to the staff at Samera Entertainment and Splash House Pictures for this worldwide exclusive!

Blast the Facebook page for the latest! https://www.facebook.com/bauerthemovie/?ref=br_rs
Posted by Dan's Movie Report-Danny Templegod at 11:16:00 PM No comments: 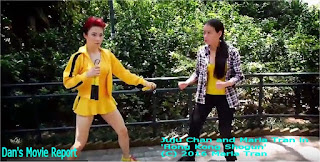 Along the way Maria meets some characters, literally, hahahaha, some are way more savory than others. Once again, a chance to work with actress Juju Chan dressed as Bruce Lee, but with a tight skirt and cleavage. I must say whenever Maria and Juju are on screen together magic happens at it did in 'Hit Girls' and 'Fist of the Dragon'. The ladies, Juju and Maria, do a bit of a dance, then pose, then fight, kiss,boob grab, by maria, etc, hell I have no clue but I laughed. I feel Maria does this basically to see the kind of reaction she will get out of her co stars, and really enjoys the banter and light-hearted fun of the filming process. Maria, time to write a feature film of 'Hit Girls'!

Look for a cool cameo by Mike Leeder as Shogun, a star in a wild west show channeling his inner Eastwood, meets westwood, snarky silliness, and we all know, Mike is just a guy, who knows his place in his films. In addition a mysterious man in black, is played by the talented Antony Szeto, director of 'Fist of the Dragon'. Kudos to Trung Ly for the action, and his usually bad ass self! Watch for Xin, also another cool customer that hits hard!

Is Hong Kong Shogun the greatest short film ever, nah, but it is really silly and fun, and now that Juju has worked on a few US films and Maria is working with Jackie Chan on his new film, it is time for the ladies to shine bright and for Maria to bring her unique brand of action to the rest of the world.

Hong Kong Shogun rates a 7 out of 10, Maria, and Juju, haha, once again, your physical contact is more than punches and kicks, and for that, we are all winners! HAHAHA! 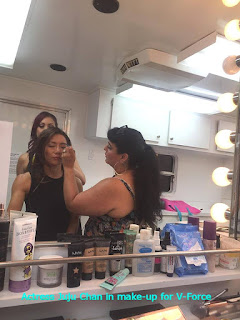 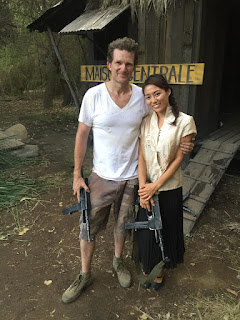 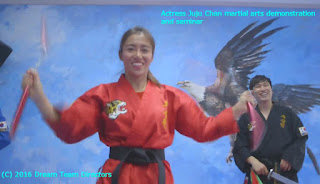 Posted by Dan's Movie Report-Danny Templegod at 11:28:00 PM No comments: