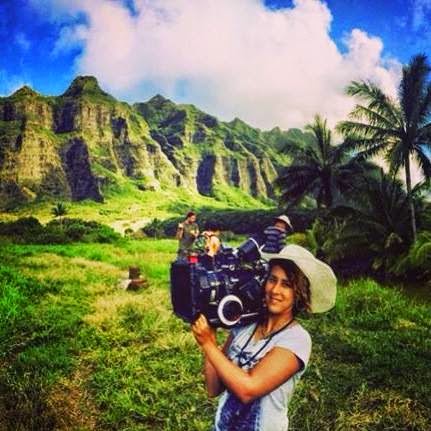 Cinematographers are often the unsung heroes of film and TV. Their technical knowledge delves far deeper than just "holding the camera" Although there is an Academy Award for them, a select few are recognized, and many hone their craft in the shadows behind the scenes.

In addition, just like female directors, there are surprisingly a very small amount of female cinematographers, not sure why that is, but here is hoping people like Carmen Cabana can change that! Carmen recently worked on the Art Camacho feature 'The Chemist' so get ready for action!

Carmen is a Film Independent member and Project Involve Fellow (2010), A Sundance Director's Lab Crew Participant (2008) and a member of the Friends of the ASC educational program.
Her unique vision and effective way of working has allowed her to build a name for herself among other filmmakers. Her main effort focuses on complementing a director's vision through semiotic methods of visual storytelling. Carmen Cabana understands cinematography as the art of complementing a statement without being redundant.

Fluent in Spanish, English and basic Japanese, Carmen is an excellent communicator to her co workers.

Check her out on these Social Media and Official Websites: