Above: New banner for Dragonfest!


It is closing in on that time of year again! With the new resurgence in action films, Michael Matsuda, in conjunction with the Martial Arts History Museum have re-energized the Dragonfest.

For 2015 a festival first, it expands to two days, and is now held at Holiday Inn Burbank-Media Center 1-818-410-4770. Click the Dragonfest link for information on how to get the discount of $118 per night! http://museumdragonfest.com/

The amazing event will feature anything and everything related to martial arts and action films. Trust me, watch for the film stars and a wide variety of things to enjoy and purchase.

Already confirmed at the event are:

At Dragonfest 2015, meet accomplished Actor, Writer and Film Director Robert Parham. He will have a booth for both days at the event. Booths are starting to sell, gets your today before we sell out.
— with Robert Parham.

Watch for stars and producers from brand new films: The Martial Arts Kid, and The Chemist!

A great thing about this event, it only costs 30 dollars for both days and, it is tax deductible! Tables are also tax deductible as well!

Watch Dan's Movie Report for upcoming Dragonfest Exclusives! Interviews, pictures and video before, during and after the event!


Posted by Dan's Movie Report-Danny Templegod at 7:58:00 PM No comments: 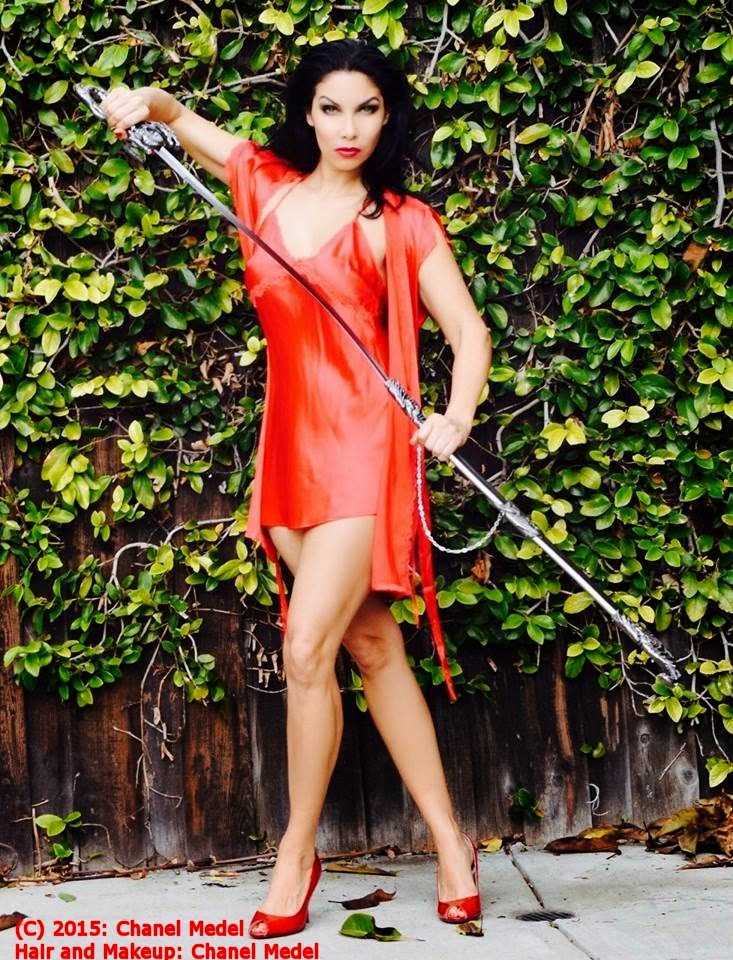 Above photo: Crystal Santos (C) 2015 Chanel Medel  (All Photos can be made wallpaper size!)


On July 17th and 18th of 2015 the Martial Arts History Museum will have it's annual Dragonfest, follow the link @ http://martialartsmuseum.com/dragonfest/ This is a not to miss event. Actress/Martial Artist Crystal Santos is a fixture in the action realm and has been awarded numerous awards including being Officially Inducted into The Action Martial Arts Hall of Honors and awarded with Outstanding Dedication in the Martial Arts! 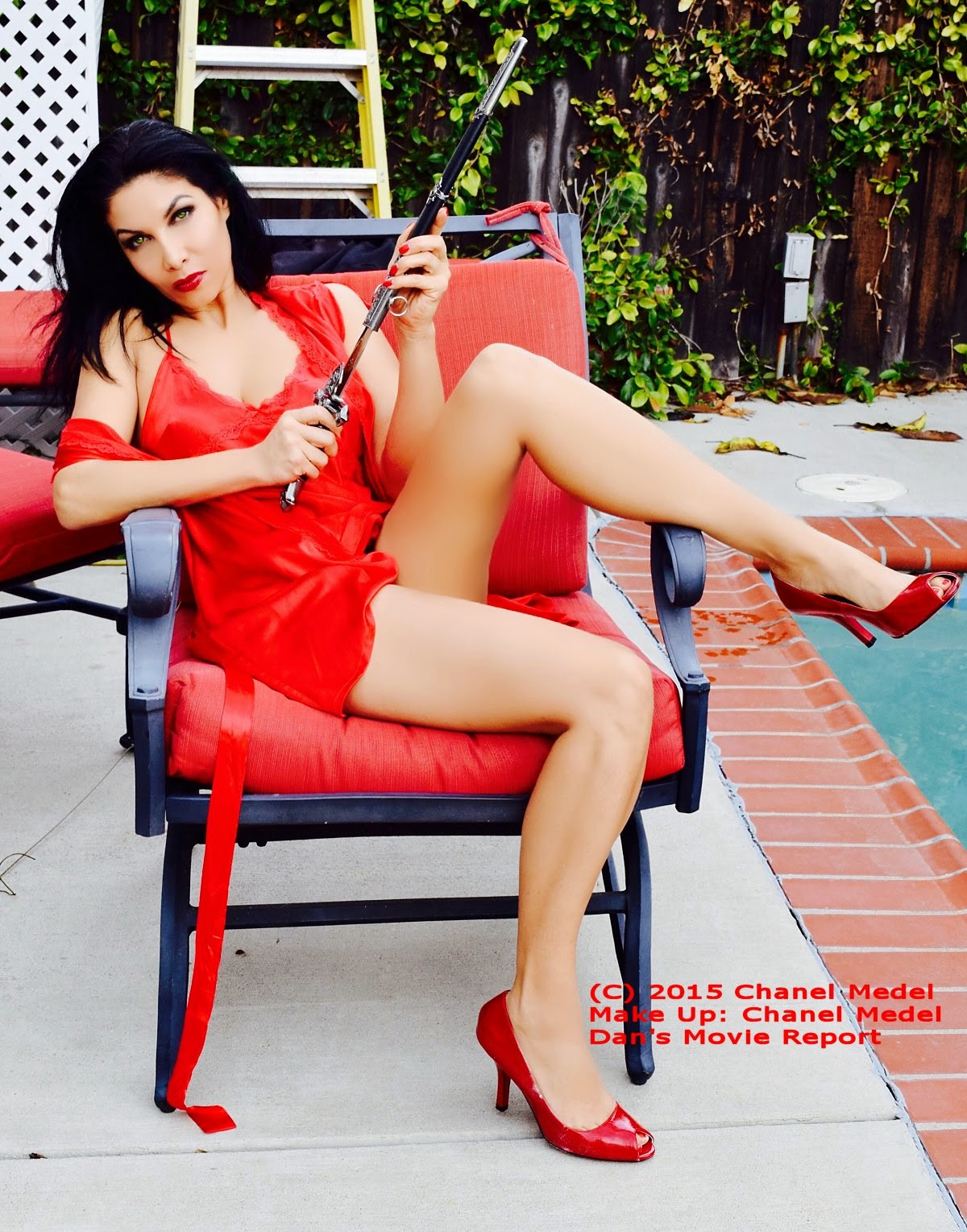 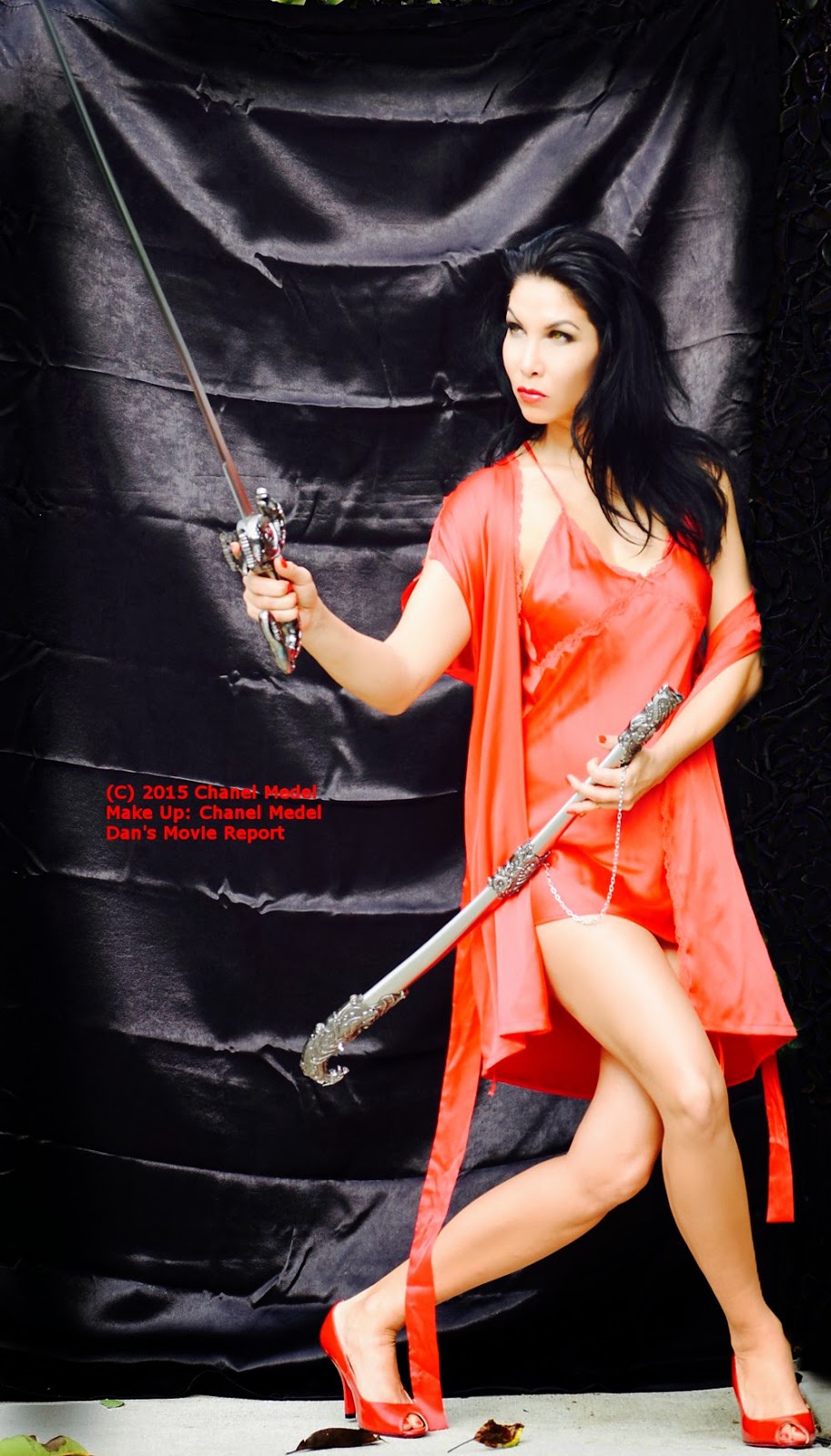 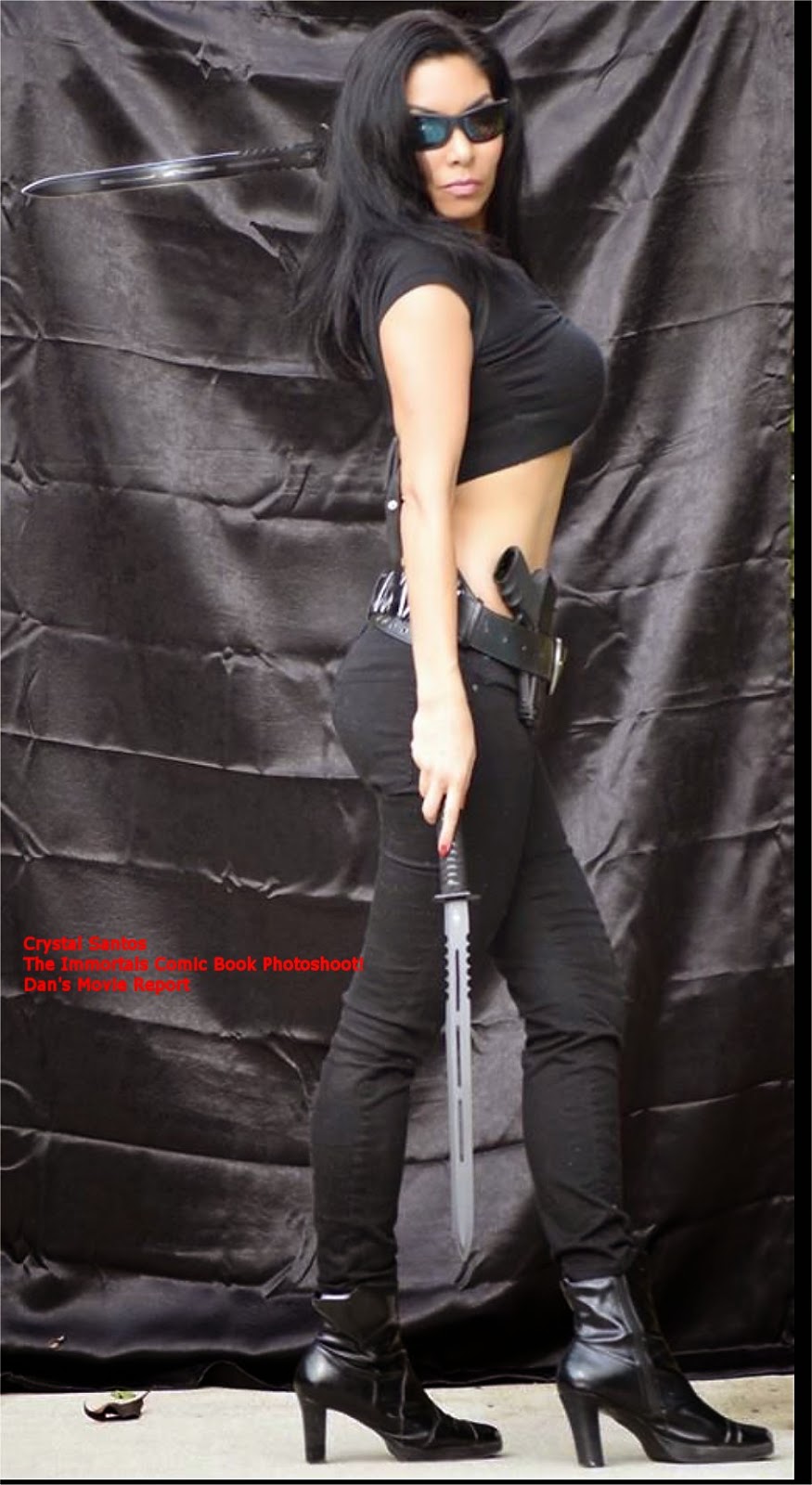 Above Photo: Crystal Santos in The Immortals Photo Shoot

As the Dragonfest approaches, Dan's Movie Report will be your exclusive home to the fantastic images, videos, and coverage from this amazing event. Watch for exclusive interviews with Crystal Santos and many other luminaries at Dragonfest!! Crystal will chat about her various experiences in the stunt action world ranging from working on 'Deathproof' to her new recordings with Inkcorporated! Watch this page for future exclusive Crystal Santos photos!

For more information on Crystal Santos, hit up her official facebook page @ https://www.facebook.com/officialcrystalsantos
She has a music page with her brother's band Inkcorperated.
Her band page @ https://soundcloud.com/inkcorperated_musik/zombie-society
Twitter @  https://twitter.com/crystalmsantos
Instagram @ http://instagram.com/officialcrystalsantos
IMDB @ http://www.imdb.com/name/nm1806813/?ref_=fn_al_nm_1
Posted by Dan's Movie Report-Danny Templegod at 8:57:00 PM No comments: 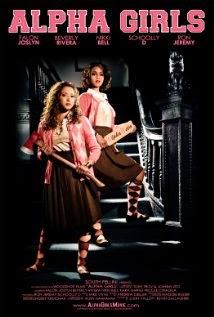 Before I start this review of 'Alpha Girls', if blood, guts and nudity bother you do not read on, If low budget, offensive, and vile material bother you, do not read on. Now with the formalities out of the way, time to get into the nuts and bolts of 'Alpha Girls'. Basically what you have is a psychotic sorority Alpha Beta, who is hell bent on making 'hell week' for new pledges miserable.

Thankfully what we have is four pledges, ie young ladies, who will not stand to be treated like that. The lead lady is a young lass named Cassidy ( Beverly Rivera ) decides to stand up to the tyrannical leader of Alpha House. By standing up she has much more sinister things than just small talk and throwing a shoe at her. We are talking some bizarre satanic ritual and perhaps even.... gasp... murder. Apparently the school's charter book is actually a gateway to evil and evil has been there all along, not to spoil it as we find out in the end!

'Aplha Girls has it all, you know the usually accoutrements found in a low budget horror, nudity, sexy ladies, and in this movie there is only one male character, serious, this is a female driven film all the way.

Ok I admit the acting on 'Alpha Girls' is not great, but actually it was decent for the type of film, as these actresses are young and inexperienced. I really liked Beverly as Cassidy, as she had a spirited role and I mean that in the literal sense, she was pretty damned maniacal. She was brooding angry and psychotic all roles we look for in a relationship, HAHAH!

For the small budget, the producers,Tony Trov, and Johnny Zito, actually put together a watchable film, my main complaint was that there was not as much action and material to keep up the horror, and intensity thus the film needed a bit of tightening. Although 87 minutes is pretty short, I would say trim 8-10 minutes off and add one more dastardly act, and definitely it would be better.

I was in a B frame of mind when I watched 'Alpha Girls' and rate it a 5.5 out of 10, worth a rent if you like B movies. I hope to see more of Berverly, she is sassy and aggressive, and needs to be given another chance at a meaty roll...Bring on the axe! Oh yeah Of course Ron Jeremy plays a priest! Nw that was funny, forgive me father I have um you know, SINNED! HHAHA! Check out the film on Facebook @ https://www.facebook.com/AlphaGirlsMovie


Buy or rent it on Amazon @

Posted by Dan's Movie Report-Danny Templegod at 7:41:00 AM No comments: