Top underground films for 2011 as rated by Dan's Movie Report

For quick reference here is my official top five links to the movie reviews follow the titles: 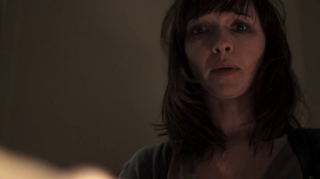 Alyce is a crazy film, there I said it. Actress Jade Dornfeld plays Alyce as sweet (well not so sweet) lady who pushes her friend off a window ledge. She has to live with the guilt and is slowly consumed with sadness and inner rage. She tries everything to cope. Nothing seems to work. She is so self absorbed, almost maniacal.

Jade is a rather convincing person to portray Alyce. Her character has to go through a wide variety of feelings and desires during the film. The role is difficult, probably takes a certain mindset and character to even take on such a part.

Classifying Alyce as a horror film is not quite right. I consider the film as more of a psychological thriller. The final act of the film is hyper violent, almost comical. Alyce is just crazy and sadistic all along, maybe even her friend falling off the ledge was not an accident. Watch Alyce for a character study for a personal descent into madness.

This is a hard movie to grade, it was very disturbing, not at all boring, but rather disjointed. I am sure it will find an audience. I give Alyce a 5 out of 10 a possible rent.

An official website for Alyce is up, slice your browsers to: http://alycemovie.com/
Posted by Dan's Movie Report-Danny Templegod at 10:01:00 PM No comments:

Actress Zara Phythian recently completed work on a Sony PlayStation Move Interactive Demo. There are three choices to chose from, based on what you choose the video changes. Zara has three weapons at her disposal: boxing gloves, rope, and a pool cue. Choose them all to see who gets hurt!