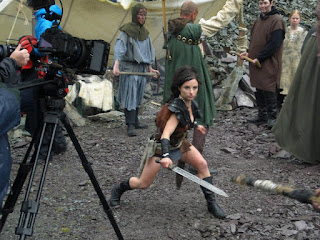 Detachment starring Adrian Brody acquired by Tribeca for US Release! 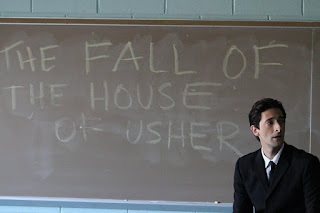 Above pic is Adrian Brody in Detachment (C) 2011

From The Press Release:

In Director Tony Kaye’s Detachment, Academy Award® winner Adrien Brody stars as Henry Barthes, an educator with a true talent to connect with his students. Yet Henry has chosen to bury his gift. By spending his days as a substitute teacher, he conveniently avoids any emotional connections by never staying anywhere long enough to form an attachment to either students or colleagues. When a new assignment places him at a public school where a frustrated, burned-out administration has created an apathetic student body, Henry soon becomes a role model to the disaffected youth. In finding an unlikely emotional connection to the students, teachers, and a runaway teen he takes in from the streets, Henry realizes that he’s not alone in his life and death struggle to find beauty in a seemingly vicious and loveless world.

The British horror film The Hike comes to DVD next month in the UK and is currently available for pre-order UK only, look for a Lion's Gate US release next year! If you live in the UK go to Amazon UK @ http://www.amazon.co.uk/The-Hike-DVD/dp/B005GJTMVS/ref=sr_1_1?ie=UTF8&qid=1315428573&sr=8-1

Currently this is a Region 2 release only.

For the US, Kantz's Post apocalyptic nightmare Wasteland releases on Cinema Epoch October 11th. The movie is available for pre-order @ Amazon http://www.amazon.com/Wasteland-Derrell-Maury/dp/B005DKS1X0/ref=sr_1_5?s=movies-tv&ie=UTF8&qid=1315593942&sr=1-5
Posted by Dan's Movie Report-Danny Templegod at 2:48:00 PM No comments:

Actress Jeannie Bolet has informed me of a web series called Caribe Road. Caribe Road is a fictional based web action series that follows the adventures of Mark Caribe, and his elite special forces team SFT1.

Shoot your browsers over to http://vimeo.com/cariberoad for more information and to preview the episodes!

Below is a pic of Jeannie in character: Agent Honeycutt. 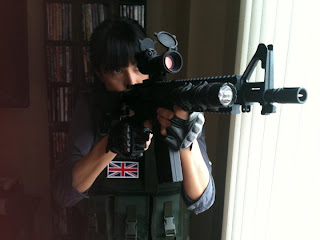 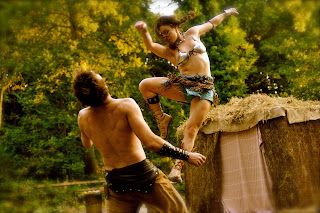 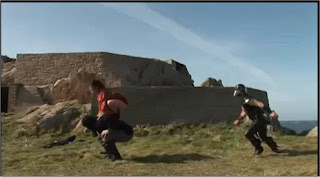 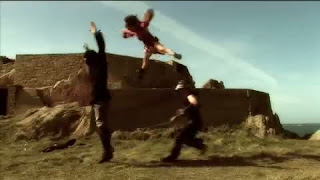 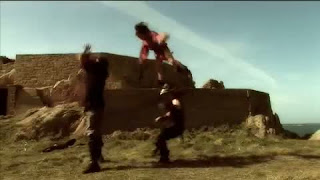 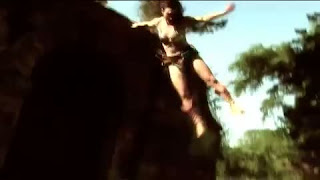