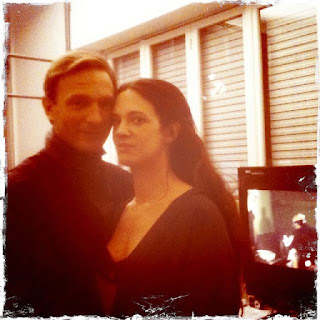 The movie is set to release in 2012
Posted by Dan's Movie Report-Danny Templegod at 9:35:00 PM No comments:

As a child I never really liked comics until I read the X-Men. So I am not necessarily a true comic book fan, but a huge X-men fan. The characters, what they have to deal with, and the interplay of the various factions, and their views on human mutant interaction. It is the thinking person's story, not all explosions and fighting. I liked all of the films, and especially X-Men 2 the most, thanks to Kelly Hu and the detailed character development (like the fact that Deathstrike could not speak because she was under mind control). First class,however, is in a class of its own, with relation to story and character development.

This movie has a lot of dialogue and really takes time to tell the story. With a run time of 2:12 as opposed to 1:45 there is ample time allowed for a back story, and complete development of all three factions. The Hellfire club is explored, Magneto and of course Charles Xavier. No spoilers on this one. Set in 1962 don't expect 2011 technology, but the start of it all. First Class. Watch and listen closely and I must recommend multiple viewings.

Watch for newcomer Zoe Kravitz, she puts on a blistering performance as Angel Salvadore. Below is a promotional pic from 20th Century Fox, of a small part of Zoe's beguiling performance, now she is an X-Men!! Stop reading this and go see it! 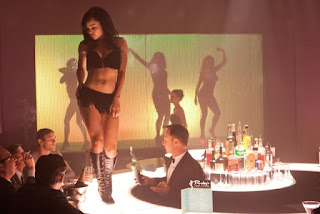