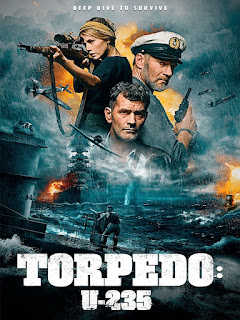 Above: Poster for Torpedo U-235 from Epic Pictures. Used for promotional purposes only not monetized.

Greetings valued Dan's Movie Report and Action-Flix.com readers. The good folks at Epic Pictures have a new war film that will be available to stream May 19th and DVD and blu-Ray on May 26th. Torpedo- U35


Check out the trailer:
https://www.youtube.com/watch?v=F43GLtDyn24&t=7s

Pre-Order the Blu-Ray direct from Epic Pictures, currently it is onsale for $14.99:

The following services will have the film: 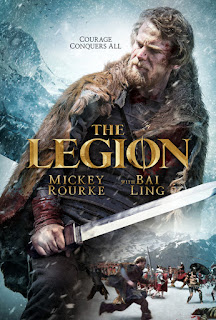 Overall 'The Legion' is average film, I cannot say I recommend buying this, but as a lazy streaming afternoon, well, it may be OK. 'The Legion' rates a slightly disappointing 5 out of 10. To rent or buy, go to Amazon:
https://www.amazon.com/Legion-Lee-Partridge/dp/B087Z7YJLC/ref=sr_1_2?dchild=1&keywords=The+Legion&qid=1589111738&sr=8-2
Posted by Dan's Movie Report-Danny Templegod at 8:01:00 AM No comments: