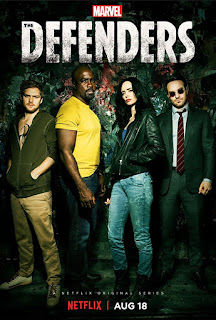 
Right from the opening bell, the eight episode Netflix series Marvel's The Defenders takes off and blasts the underground running. We witness a massive fight with a kick ass cameo by a character called Shaft played deftly by amazing Chilean actor Marko Zaror, I kind of wish his scene was longer, who knows maybe for a new series they will bring him back.

What we have here, is an amalgamation story uniting all of the heroes, Daredevil, Luke Cage, Jessica Jones, and of course the Immortal Iron Fist. The elements from all the shows are there, but the cool thing is an added supreme ruler of The Hand Sigourney Weaver as Alexandra emerges to control an evil yet confused Elektra known as The Black Sky.

In early interviews actress Elodie Yung actually made it clear she never wanted to even return unless she was an evil character. The important thing and takeaway here is to speak up as a talent. Take a stand! Not wanting a stand alone series for Elktra was absolutely the correct move, in The Defenders, Elodie, along with her action double Lauren Mary Kim are just brutal and scary. No enigma, no BS, they are just a force, what is cool, the heroes are scared! As Jessica Jones says "Oh Shit" when The Black Sky cruises down the hallway!

The elements of epic are here Stick is back, well most of stick hahaha, watch and see! Of course we have the ever stready, cool as the other side of the pillow, Rosario Dawson. While only a mini series, The Defenders manages to pack enough in there for a massive scope without the set up and BS. Smartly the writers realized that if you have watched all four of the other series, you will be well versed on the main character backgrounds.

A few surprises and of course some truly memorable action permeate The Defenders. I few lengthy dialogue fill ins from Stick fill in the gaps nicely. Eight episodes is like a tease, but a lengthy one! Look for some cool cameos, and thankfully the action seems to be clearer and even more up close than in many of the other series. Elodie herself said she took more time to prepare herself for the action. Obviously, the other characters also are now more comfortable in their roles and it shows.  I will state that if anyone has not seen the other four series, it is suggested that you do so prior to wartching The Defenders or at least read up on it, that said it does work as a stand alone series

Overall, the series is 8 hours of violence, yet thoroughly enjoying story and engaging to watch. The Defenders Season One rates a slicing 9 out of 10! I suggest to run from The Black Sky!

Def order Netflix right now! if you do not already have it or sign in and watch! www.netflix.com
Defenders series link on Facebook @ https://www.facebook.com/defenders/
Posted by Dan's Movie Report-Danny Templegod at 1:03:00 PM No comments: 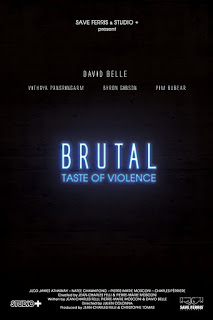 Posted by Dan's Movie Report-Danny Templegod at 1:55:00 AM No comments: 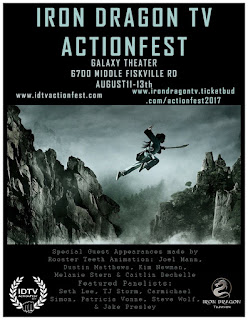 Greetings valued Dan's Movie Report readers, Actress Zara Phythian wins big at IDTV film festival in Texas over the weekend! Her short film 'Kung Fu Darling', which blasted on everyone's radar a bit of time ago was featured prominently. Congrats go to Eric Jacobus for Blindsided as well, for winning award for best short! For more information point your browsers to:

The fest had some cool guests including T.J. Storm, check out their full website for more details! 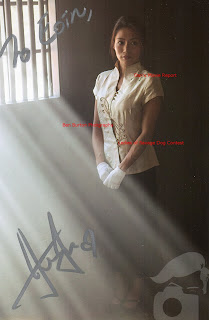 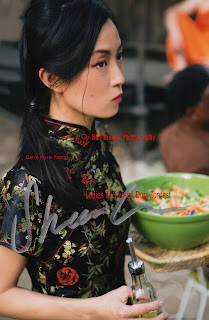 Exclusive Photography: Ben Burton Photography
https://www.facebook.com/benburtonphotos/
All photos are exclusive to the contest and this site.

Greetings Valued Readers of Dan's Movie Report and The Action Elite! Today we have a worldwide special exclusive! Actresses JuJu Chan (Isabelle and Sheena Chou (Samsip-Sam) have graciously provided exclusive autographed photos for your viewing and personal enjoyment! Due to issues with postal outside of the United States, the contest will only be open to those readers in the U.S.A.. If you live outside the United States and want to win the contest, a suggestion is to contact someone in the U.S. that you trust, and I will mail to that person, and they can mail to you or hold until you visit.

'Savage Dog' is out now on Blu-Ray in Germany and on Amazon Video in the United States. Several territories are showing the film on Netflix. Please check your local area. For Amazon Blu-Ray https://www.amazon.de/Savage-Dog-Blu-ray-Scott-Adkins/dp/B01N9VXMG9
Stream in United States: https://www.amazon.com/Savage-Dog-Scott-Adkins/dp/B0747BGYXH/ref=sr_1_1?ie=UTF8&qid=1502642319&sr=8-1&keywords=Savage+Dog
Watch for further release dates soon.

For the contest please message your name and address to and like the following FB page ---- https://www.facebook.com/DansMovieReport/

All winners will be selected at random, and the only requirement is they must like the Facebook page so I can see your name.

Respect for the action in Savage Dog, and respect for independent film.

For further information on Actress JuJu Chan and to keep up to date on all her activities please like and follow her on Social Media:

For further information on Sheena Chou and to keep up to date with her activities please check out her official page @ http://sheenachou.com/

For detailed Savage Dog interviews with JuJu and Sheena, please point your browsers to the Dan's Movie Report links @

Posted by Dan's Movie Report-Danny Templegod at 12:50:00 PM No comments: