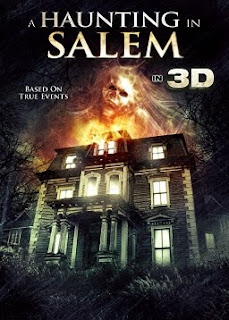 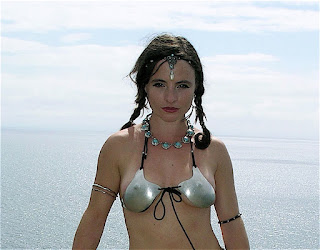 Above pic: Still from Warrioress

Cecily Fay has been one busy lady this past decade with her music, martial arts and now full fledged acting career. She currently can be seen in the new action movie from The Asylum called Dragon Crusaders, and is currently working as a stunt double in Snow White and the Huntsman. As a writer it is an honor to have Cecily take time out from her busy schedule and chat at length regarding her life and film career.

Give a brief description of your background and silat.

I went to theatre school as a child, originally to train as an actress but I also trained to be a ballet dancer, I went on to dance with the English National Ballet. I started martial arts with an amazing female teacher called Pytt, who taught me Tai Chi Yang Long form at London Contemporary Dance School.

When I left there, having been inspired by her, I knew I wanted to continue martial arts more than dance. I had found my passion. The movement has a philosophy and an end result whereas dance was just an expressive form. To me the martial arts had that element of expression but also an actual purpose. This was such a massive revelation to me and on the strength of that I sought out a martial arts style and teacher.

That’s when I found Pencak Silat. It is the traditional fighting system from Malaysia and Indonesia. I became the double European Champion in Empty hand and Sword seni in 1995 only six weeks after I had started training! It is a completely comprehensive system that has everything still in it. From grappling to battlefield sword combat, ancient forms and meditations to effective self defense. The style is both beautiful and deadly and I knew it was the one for me straight away. I have found it fulfilling and I’ve never needed to look to another style to fill a gap in the system, as there are none.

When did you start in gymnastics? 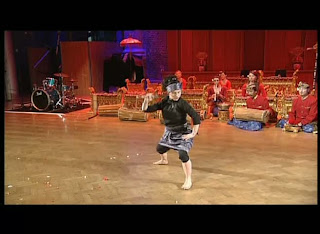 Your gymnastic background helped in your decision to take up Silat?

No, you don’t have to be acrobatic to be good at Silat. That is an element that I bring to it because I can. Silat is a fighting system and is focused on effective self-defense and combat. I add the acrobatic element into my performance as it adds an extra wow factor. I took up silat because I wanted to learn sword. I hadn’t heard of Silat before but a strange synchronicity of events lead me to my first teacher, a Malay Silat Master, who taught me the Silat Melayu Royal Sword system. I feel very privileged to have learnt it as no westerner has ever been taught it before.

How long have you been practicing the art?

Is the sword your favorite weapon?

Yes by far, the minute I held a live blade, I knew it felt right. Though I do like the scarf as well, it looks so innocuous but is one of the most brutal weapons in its application.

The form where the musicians and the performer interpret each other, there is no rehearsal?

It’s a very unusual aspect of the Martial art. It’s called Kembangan or the Flower Dance, and there is no rehearsal at all, it’s completely improvised. It can be form of self-expression and the Gamelan musicians and the Silat exponent will try to interpret each other’s art. Each time you play kembangan it will come out differently. Its real freedom of the body and mind. You practice all your techniques within the free form and it’s a very effective a way of finding the flow between the movements.

Do you work with different musicians based upon where you travel to?

Yes, though I have worked mostly with Gamelan Lila Cita as they are based in London.

What made you decide to teach Silat?

I never though I would be a teacher of anything as I did not think I was patient enough or confident enough. I was thrown into it by my teacher. When he went back to Malaysia he left me in charge of the Uk classes. I quickly discovered that I loved teaching and it made me grow in confidence as a person. I find that seeing my students transform through the art it very rewarding and no matter what else is happening in my life, I will always teach Silat.

What about Silat in the movies, not something you see too often?

No it’s very rare to see Silat in a film, the only one I know of other than Warrioress is called Merantu. Silat is still quite rare in the west and has not been commercialized yet, I hope it never is, most martial arts become dumbed down when this happens. 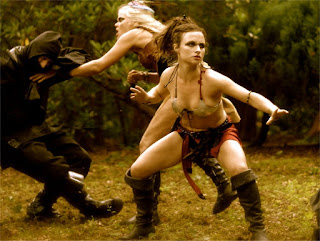 Above Pic: Cecily taking on various Ninja's in Warrioress.

On to your movie career, talk about Warrioress, how did you get involved with the production?

I created Warrioress. As a female screen fighter I was fed up of playing the token female in action films. The role is usually a villain in a black cat suit that says a bitchy comment, does a couple of moves and then gets killed. So I wanted to make a film where all the lead action characters are women.

Boudiccu has dedicated her life to training in the warrior arts of her people. She is passionate and disciplined. She has trained for the tournament that will decide who will be the chosen warrior of her generation and try to fulfill an ancient prophecy. But she is young and has little experience of life outside her village or the real horror of battle. She believes in the prophecy, and takes it hard when that belief is challenged.

Did you choreograph the action as well?

I did most of the fight choreography in the film. There are a couple of bigger fight scenes with a large body count where I knew I would not be able to do everything on the day. So I was very happy that Joey Ansah (from Bourn Ultimatum) came on board as fight co-coordinator on those days. He and Christian Howard (who plays the leading man Finnvarah) both helped choreograph, co ordinate, and film those scenes. They added a lot to the production and it would have been very difficult to do it without them.

Any hard falls during the production?

No injuries at all during Warrioress, but in Dragon Crusaders I had a very bad fall onto a stone floor. It was bad enough that really I should have gone to A&E but it was such a tight schedule I wanted to carry on. As you watch the film you’ll see that in certain scenes a brown bandage appears on my arm, when I’ve got that on its post fall and its agony to move my arm!

Being a gymnast must have helped to take the falls?

Yes definitely. I think that if you have trained all your life, you know how to fall and it gives you a very high pain threshold!

Is it hard working with the guys who are much larger?

No not really, I am used to it as I’ve always trained with men in Silat so its normal for me.

Acting verses action, which is harder for you?

Acting. I find it more difficult to focus and get the right emotion and delivery of the dialogue when there are hundreds of things going on around you. The action is usually a less complex intention. I just go at it, hard.

What about the romantic scenes, difficult?

In the romantic scenes in Warrioress it was slightly weird to start with, but as we got to know each other I felt comfortable with Christian. Also I am happy with my body so I am comfortable with some nudity, though I wouldn’t necessarily do it on film where I don’t own the footage! :-) 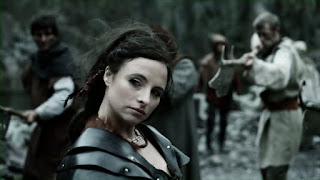 Above Pic: Cecily Fay looks at her foes and her expression "Is that all?" screen cap in Dragon Crusaders

What about Dragon Crusaders? How did that lead role come about?

It came about as the writer/Director Mark Atkins saw the trailer for Warrioress. He contacted me directly and when I said I’d love to work with him he wrote the part for me.

Aerona comes from a small Island that has suffered many invasions so her people have learnt to be savage fighters to defend themselves. She has made it her mission to protect others from such invaders. She knows she must protect Neem from the Knights and the Sorcerer if the Curse is going to be revoked.

Did you help to choreograph the fight scenes?

I choreographed my fights, we had very little time to film and we ran out of time to film some aspects of them, which was a shame but with such a tight schedule was unavoidable.

Anything else you would like to chat about with the films or current projects?

I have written the sound track for Warrioress and the Album will be released when the film comes out next year. I am working on the storyline for the sequel at the moment. I am also currently recording an album of dark Celtic ballads and it will include the song I wrote for Dragon Crusaders.

Just give a tease, a taste of the work with Snow White and the Huntsman.

I am currently filming on Snow White and the Huntsman, I am stunt doubling a main character and there should be some good action in it!

For further information on Cecily Fay's career check out her two websites below:

Below: Cecily ready to vanquish foes in Dragon Crusaders 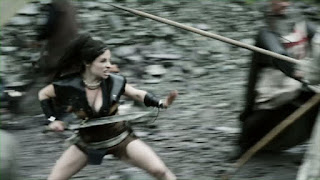