Actress/Stunt woman Monique Ganderton has posted a link on her facebook page to a cool horror film she is in called Bad Meat. The film tells the story of a boarding house for trouble teens that transforms into a killing ground as the staff ingests some rancid meat, and turns from disciplinarian fascists to blood thirsty killers. The Youtube link is below the picture. 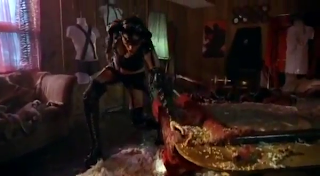 Note to self: Stay clear of all Canadians who want to kill you, no matter how cute they are!

Check out the crazy trailer on Youtube @ http://www.youtube.com/watch?v=33E8gR7D3Z8
Posted by Dan's Movie Report-Danny Templegod at 1:11:00 PM No comments: 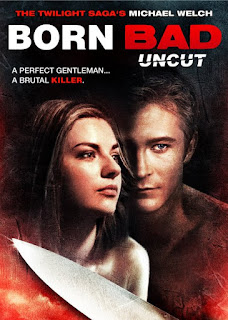 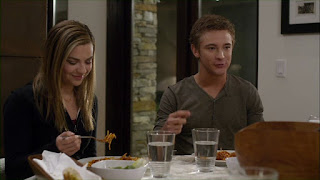 Posted by Dan's Movie Report-Danny Templegod at 11:35:00 PM No comments: 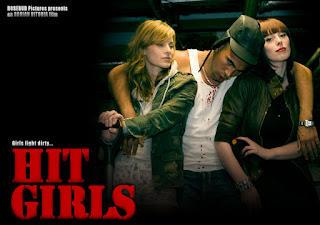 As a film reviewer I watch over 100 films a year and while some have repeat watch-ability some just fall flat. Many feature length films seem like they would have worked as a short film concept, because the added material is just padding to fill out the full length of the film. Hit Girls is a short film and I am glad the filmmakers decided to leave it at that. The two ladies Rosie Fellner as Emma and Gillian MacGregor as Megan are hit-women who happen to be friends and they constantly fight. 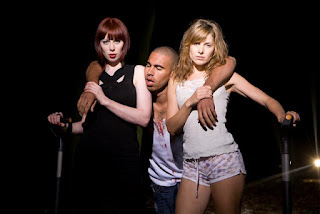 After killing Megan's boyfriend James played by Joey Ansah they proceed to bury him in the desert, but a huge fight ensues. I really liked the action. Stunt doubles Cecily Fay and Helen Steinway Bailey are used for the final fight sequence. The film is outlandish and rather maniacal but fun to watch. The ladies are enjoyable as actors, and the dialogue is rather entertaining.

The official website is: http://www.hitgirlsthemovie.com/
Posted by Dan's Movie Report-Danny Templegod at 2:23:00 PM No comments: 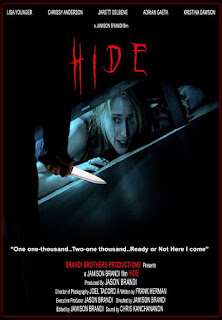 For more information point your browsers to http://www.hidethemovie.com/
Posted by Dan's Movie Report-Danny Templegod at 3:14:00 PM No comments: 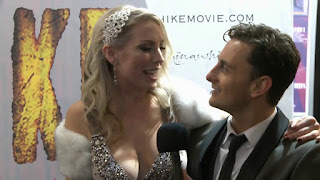 Above pic: Innocent Jemma in The Hike.

For her official site slip your browsers over to http://www.jemmabolt.com

On twitter check her out @ https://twitter.com/#!/jemmabolt
Posted by Dan's Movie Report-Danny Templegod at 9:05:00 AM No comments: 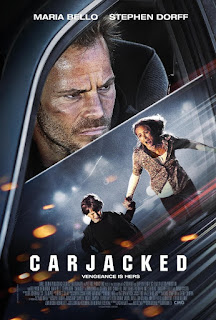 In Carjacked Maria Bello plays a vulnerable single mother dealing with psychological problems. She stops at a gas station and forgets gas after picking up some bagel bites for her child. She has to go back in and when she comes back she is surprised by a bank robber in the back seat with a gun to her head.

Stephen Dorff plays the bank robber and is not really that scary, but that is not what is perceived at the time as she is forced to drive to a secluded park. He switches to the front seat and proceeds to get meaner and more violent.

The movie had some pretty tense moments, and centralizes the tense relationship between attacker and villain. The acting was pretty good, but I thought Stephen Dorff did not quite match Maria Bello's intensity and emotional effort. Maria Bello is an excellent actress.

I recommend Carjacked as a study of two central characters. I rate the film a 6 out of 10 and it is available as a pre-order on Amazon.

Posted by Dan's Movie Report-Danny Templegod at 9:54:00 PM No comments: 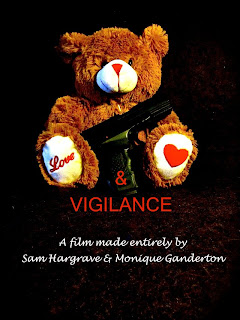 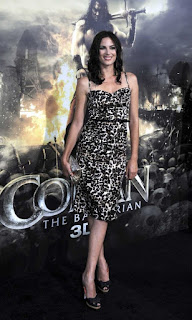 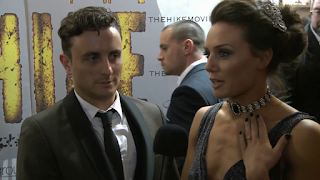 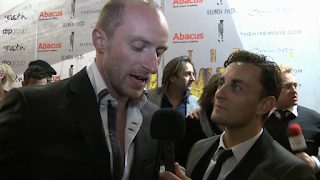 
Actress Zara Phythian has provided Dan's Movie Report with a fresh new link to The Hike film premiere in the U.K. The video was professionally produced by carve productions. In the video check out Zara and a couple of her co-stars screaming a bit after chatting about the film. Zara asks if she should scream into the mike, I say let out a yell into the ear of someone who is not suspecting it! hahaha 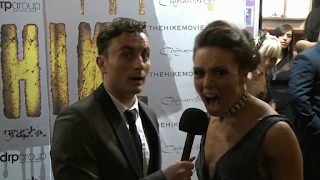 While most ladies scream in fear, Zara screams like she is gonna hurt something! (Carve productions)

Yell at your browsers to go over to: http://www.youtube.com/watch?v=wq4ZYltZyjo&feature=youtu.be
Posted by Dan's Movie Report-Danny Templegod at 10:11:00 AM No comments: 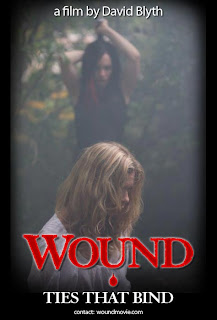 Producer David Blyth has contacted me and informed me of a special screening of his cult horror hit Wound. It takes place at Night of the Bizarre - All Things Horror
Sat, Dec 3 2011, 8:00p.m. - 10:00p.m.
Somerville Theater, Somerville, MA, United States

Slice your website browser to http://allthingshorrorpresents.ticketleap.com/night-of-the-bizarre---all-things-horror-presents/
Posted by Dan's Movie Report-Danny Templegod at 3:58:00 AM No comments: