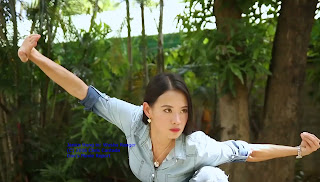 Greetings fans of Power Rangers worldwide. Over the past year I have been checking out some of the amazing content on YouTube by the Chris Cantada Force. They have produced so many cool fan films  related to the Power Rangers universe, I felf compelled to share their work and their YouTube channel.

Wushu Ranger is a 2 minute blast of insanity where a nerdy guy sets out to protect Janice Hung from what can be called a gang of small time thugs. Janice, elegant and strong, not to be deterred by these guys, quickly dispatches them, in a flurry of high kicks, and graceful yet brutal punches. Swift justice delivered! The creative team behind Wushu Ranger and in fact all of Chris Cantada is really unique and have great original ideas and creative choreography, displaying the particular talents of those in the projects. Wushu Ranger has over 1.2 million views on YouTube now, people are watching! 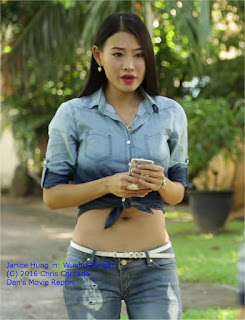 Working on original content for YouTube, or any other outlet, requires a certain attention to detail and a savvy social media knowledge how to promote the final product. With over 168,000 YouTube followers and 120,000 Facebook likes, Chris Cantada understands the power or the social marketing tools, and directs content straight to his audience. 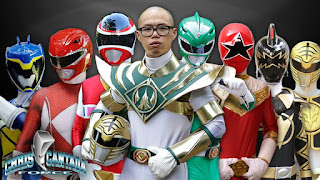 Above Photo: Chris Cantada Force from the Facebook page.

Wushu Ranger is expertly filmed, clear and easy to see. The action is close, but not too close. Cantada knows how to film the action. Janice is a really strikingly beautiful lady, yet enjoys the fight scenes and though this is strictly humorous, her ability is no joke, I am sure she can kick some ass for real if need be. Wushu Rangers rates a 7 out of 10, pretty funny and full of action.

Posted by Dan's Movie Report-Danny Templegod at 5:59:00 PM No comments: 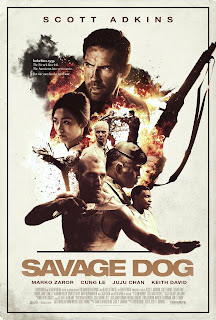 Synopsis: Indochina - 1959. A lawless land controlled by the criminal class: Vietnamese warlords and European war-criminals. Den-Dhin-Chan Labor Camp is run by four such dangerous men. The worst prison in the land, it is here that an Irish, former-champion boxer Martin Tilman (Adkins) has made a name for himself fighting tournaments, on which wealthy criminals gamble in high stakes events. When Tilman is due for release, he just wants to return home, but the corrupt forces running the jail will do everything in their power to keep him locked down. When all that Tilman holds dear is taken away in a vicious act of violence, he is forced to confront the men responsible and take his revenge.


Please check out the exclusive interviews of JuJu Chan and Sheena Chou on Dan's Movie Report, where they chat extensively about the film. 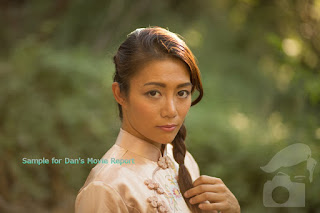 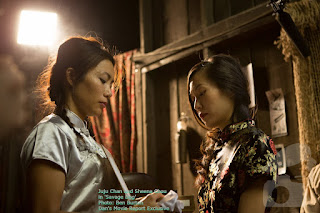 
A veteran of stellar action and martial arts films, Scott Adkins remarks on the action in Savage Dog: "The fights in this film are more realistic than most of my other films. We're not doing so much the long takes or the flashy techniques; we're trying to be more brutal and gritty because that goes with the story that we're trying to tell and the character I play. It's hyper violent in a fun way. It's something that I enjoy. It's cinematic and violent." As the film is set in Indochina in the 1950's, Adkins observes: "A white guy doing martial arts in the '50s doesn't necessarily make sense, but my character Martin is living in Indochina, so we're saying he's had some experience training with some Thai fighters, so we're mixing some old school boxing techniques with some sort of Thai boxing techniques."


On playing the character Martin Tillman, Scott Adkins says: "Martin is one of these characters that doesn't say much. He plays his cards close to his chest. He's a tortured soul. I've played this type of character before, but it suits me well."


"You're gonna get a really tight and engaging story," Adkins promises. "It's something different, set in a time period that you've not quite seen before for this type of movie. It's got strong characters, and it's got some great action. I'm very happy to be working with Luke LaFontaine the fight coordinator. He's bringing something interesting to the fights. Luke has done a stellar job." On his co-star Marko Zaror, he states, "Marko and I worked on Undisputed III together. He's an incredible martial artist, and one of the best in the business in screen fighting. We're quite similar in many ways."


Chilean martial artist breakthrough Marko Zaror discusses his character: "I wanted to find the Rasignac within myself. He's an assassin, an opium dealer, and he fought in different divisions. He's a war assassin, and he gets in Martin's way. He has codes of honor and respects life and death, and has his own philosophies."


On the incredible fights featured in Savage Dog, Zaror says, "The fight scenes will shake things up. The fights will be realistic and will use some interesting weapons. My character knows Savate, a unique style of martial arts."


Mixed Martial Arts star crossover action star Cung Le, who plays antagonist Boon remarks on his role in the film: "My character Boon is just trying to make a living, but because of his military background, he sometimes works for people that he doesn't necessarily like. He's there doing his job. His main focus is to make sure his family is taken care of. Whether he's a good guy or a bad guy, he's just got to be there to make sure things get done. I dig this character. I wanted to see what kind of a guy I could pull from Boon. I've been through a lot, and I thought I could pull some emotions and moments from my own life to show how Boon would react to certain situations." He also discusses why he took on this project: "I jumped on this because it was a chance to work with Scott Adkins and ultimately do a big fight with him. The centerpiece fight we have is savage!"


Longtime character actor Keith David, who plays a supporting role in Savage Dog laughs when asked what audiences can expect when they watch Savage Dog: "One hell of a ride! Once it gets started, the rollercoaster never stops! If you like that feeling that you get in the pit of your stomach when you're riding a rollercoaster, you'll love Savage Dog!"


"Savage Dog" will be released in theaters and on all VOD platforms summer 2017 from XLrator Media.
Keep Reading Dan's Movie Report and The Action Elite for more exclusives, and a contest later in 2017!

Posted by Dan's Movie Report-Danny Templegod at 8:27:00 AM No comments: 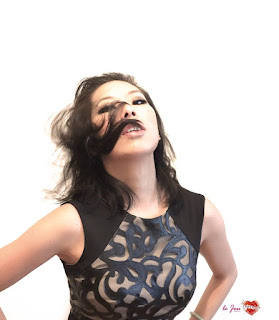 
Greetings valued readers, Dan's Movie Report takes a comedic and varied turn with Eman Lam. She has a cool comedy show called Stand Up HK. Check the video below

Posted by Dan's Movie Report-Danny Templegod at 11:40:00 PM No comments: