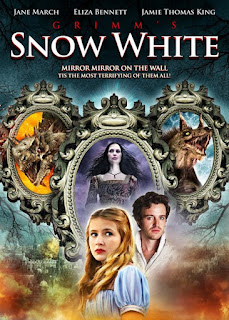 Overall I have to give Grimm's Snow White a pass and rate it a 4 out of 10.
Posted by Dan's Movie Report-Danny Templegod at 2:34:00 PM No comments: