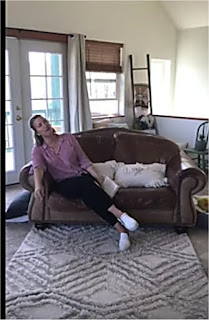 
Posted by Dan's Movie Report-Danny Templegod at 5:46:00 PM No comments: 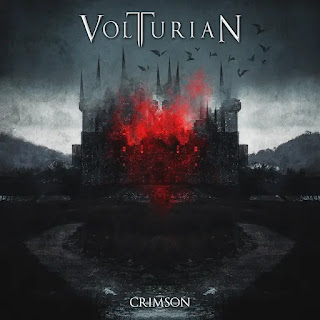 Greetings valued Dan's Movie Report readers, today the movie report turns into the music report! Across the music world April 24th released a brand new sonic blast from Italy! Vollturian's debut CD entitled 'Crimson' has dropped like shooting star in the Italian Countryside. Lead singer Federica Lanna merges her vocal prowess with the amazing Federico Mondelli and members of Frozen Crown to merge styles and create an anthemic power rock release. Frederica's band Sleeping Romance is a bit more mellow, and Frozen Crown is heavier where as Volturian is right in the middle, more soaring vocals sounding like Amaranthe yet diverse enough leaning more on the rock side. 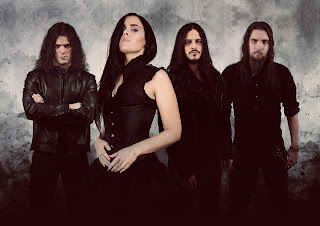 The 10 track CD comes in at under 36 minutes, a bit short, but the tunes are quite catchy and have memorable hooks. 'Haunting Symphony' is a rousing power gallop tune with some serious drums with an Iron Maiden music feel and Nightwish undertones. Good stuff! The single 'Broken' which was their first video actually recorded separately during Quarantine has a power metal opening yet comes in soft in the opening verse, flowing like water. Federica really has some nice tonal qualities and Federico's aggressive yet melodic screams in the background add the necessary punch to the music. Watch for a cameo vocal blast from the lead singer of Frozen Crown, Giada Jade Etro. Really enjoy her and Frederica together, a nice added touch to an already amazing release.

I recommend using headphones, the music has punch and depth. Listen to it loud and clean! Since the entire CD is just over 30 minutes, best is to listen to the whole disc in order all at once, before picking out your favorite tracks to listen over and over.

Support indie music and purchase direct from the band! Crimson rates a 9.5 out of 10, an instant classic rock release for 2020! Stay home, stay safe, and sing along with Federica!

Posted by Dan's Movie Report-Danny Templegod at 10:43:00 AM No comments: 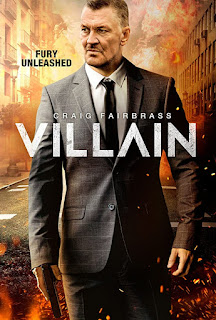 Posted by Dan's Movie Report-Danny Templegod at 8:35:00 AM No comments: