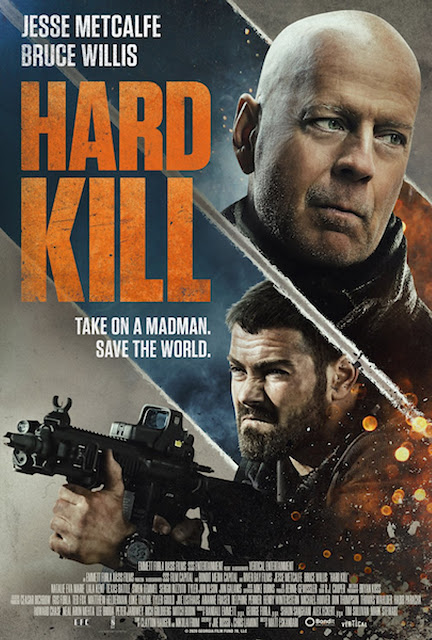 Hard Kill will be available on various platforms: digital, theater, and On Demand starting August 28th! Watch for more on Dan's Movie Report, your home for action and exclusives!

Posted by Dan's Movie Report-Danny Templegod at 10:36:00 PM No comments: 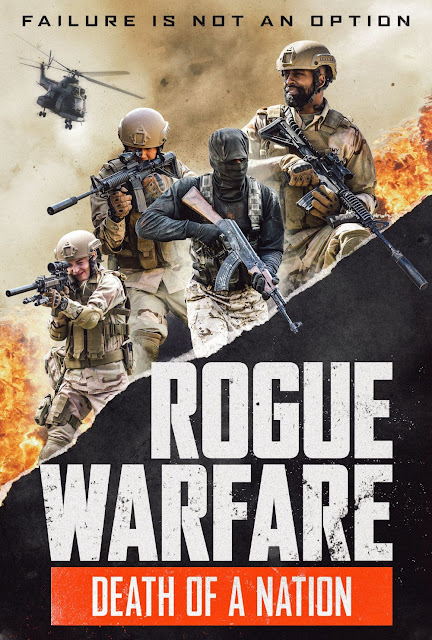 Synopsis: Stephen Lang returns for the final chapter in the action-packed trilogy. When an elite team of soldiers uncover plans for a deadly bomb set to detonate in 36 hours, they must race against time to find it and defeat their enemy once and for all. 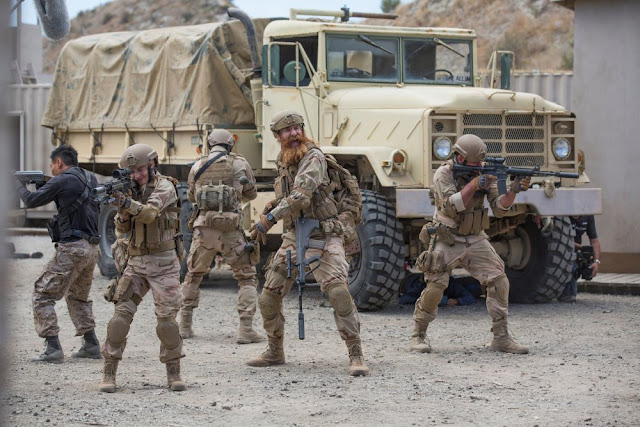 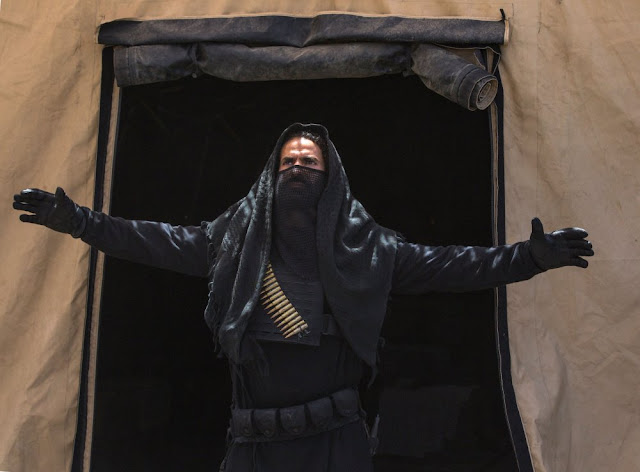 Above Photo: Essam Ferris as Supreme Leader in the action film “ROGUE WARFARE: DEATH OF A NATION, (C) 2020 Saban Films

Check out the trailer:

Posted by Dan's Movie Report-Danny Templegod at 3:08:00 PM No comments: 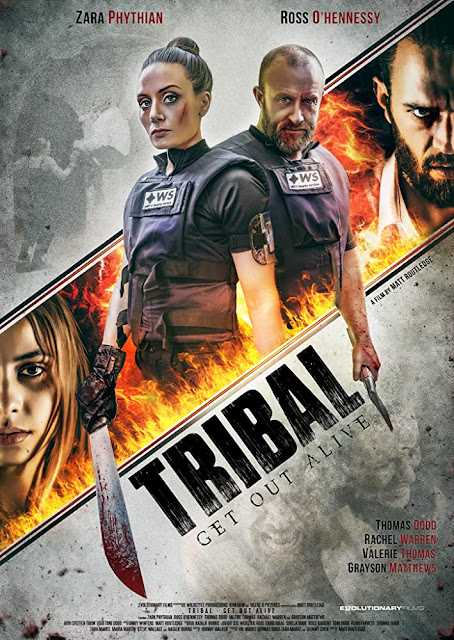 Above:  Poster for Tribal from IMDB

Greetings valued Dan's Movie Report and Action-Flix.com readers. Get ready for a bit of insanity from across the pond with 'Tribal Get Out Alive' This great film from Evolutionary films is currently out in the U.S.A. And hits the U.K. shores next week! Producer/Actress Zara Phythian was telling me about it and actually even as proud of it as she was, I had to see for myself. After a second full watch through, I will make a bold statement, Tribal: Get Out Alive is one of my top films for 2020! The film gets it right in so many categories. Prior to starting this review, a small plot outline is a bail bonds company is tasked with assisting to clear a house with the eclectic new owner who wants to sell it and not allow homeless to reside there.

'Tribal' (which I will now refer to it in this review) actually opens up with the bail bonds team sent in to break up a drug deal and the film establishes that Zara's character suffers from PTSD. By doing this, 'Tribal' establishes who these characters are and what there jobs are rather than just dropping in on a raid or something like that. Even a few moments spent getting the audience acclimated to the characters is great.

Another very high level aspect of 'Tribal' is the clarity of the film, from the drone footage to inside a dark room, everything is clear and easy to see, the audience is brought into the action and made to feel like a part of the story rather than a spectator. Even the darkest rooms in the underground tunnel area under the home are well lit and framed, you see scope at times and in other scenes you purposely feel claustrophobic.

'Tribal' is a merging of film genre between action, thriller and even horror. What is cool is it works on ALL level, the action is fast and hard and well framed, NO shaky camera. Director Matt Routledge really knocked it out of the park. There are several types of fights, multiple attackers and some one on one, the distance of the camera is perfect. The audience is brought in to the action close but not so close you cannot see the background.

Another aspect of the 'Tribal' even though it is an indie with a small budget it feels bigger, I normally hate comparisons, but earlier this year, 'I am Vengeance: Retaliation' came out, I really wanted to like it, but with very little plot, rather pointless dialogue, filmed shakily and very dark. Both films are under the Evolutionary Films banner. Yes the subject matter is a bit different but both are action in some sense

The focal point of Tribal is the mysterious house, the contents and people inside, what is hidden, what secrets, who are the bad people who are the good? Ha well I refuse to spoil, just watch people fight, people die, the number of machetes is higher than a dozen! As simple as it sounds there are a couple of interesting side plots and possible development into a series of movies.

Overall 'Tribal' represents hard work and sweat, detail oriented post production, solid acting and musical scoring, the film really surprised me, it is amazing! 'Tribal Get Out Alive' rates an top of the heap 9 out of 10, it is really entertaining and has repeat watch-ability and a must own!

I recently spoke to lead actress and producer Zara, watch for her interview coming shortly and an autographed photo contest later in 2020! All exclusive, all the time on Dan's Movie Report!

Posted by Dan's Movie Report-Danny Templegod at 11:48:00 PM No comments: