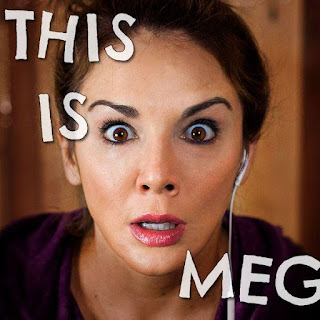 This is Meg- Cover from the official Facebook Page

Relaxed paced, quirky comedy from the director of popular action shorts 'Broken' and 'Red Princess Blues'. “This is Meg' follows the daily trials and tribulations of a comedian on the fringes of the acting realm looking to book new gigs. Jill-Michele Melean plays Meg and her style and script provide the life of the film.

She interacts with and meets with several emotionally and mentally diverse characters. The impatient casting director, who seems to care less about the audition she is doing.

Her agent is berating, condescending and decidedly Jewish haha. She chats about Meg's social media and scoffs at her list of Facebook, saying what do you have My space to0? She asks her manager for a bite of her food and she says no saying 'you look boxy.” Also she says 30 is the new 50, and basically continues to insult her which is rather hysterical.

A wispy and rather annoying yoga instructor tries to um calm her nerves, after and auspicious start romancing her friend Eric.

Debra Wilson of Mad TV comes in and I swear I thought it was lead singer of Skunk Anasie at first. Her character Sasha is entertaining and animated, obviously with way more experience in emoting. She chats about this mythical love drug Ayahuasca, a tropical root known for hallucinating properties. Debra handles the daunting dialog with ease, and her interaction with Meg is perhaps one of the better scenes in the film.

Having seen documentaries on the use of Ayahuasca the journey Meg and her cohorts take turns weird and silly, with nonsensical gyrations. Actually I did not think this entire scene length was necessary unless used to lengthen the story. It goes on far too long, A 2-4 minute interlude would have sufficed.

After that scene we are given a glimpse into how she adapts. She ends up auditioning with the same casting person again, but with the improv she does amazing. Thus the story roles on in the life of Meg a struggling comic looking to make a splash in the pool of Hollywierd!

The technical aspect of 'Meg' is great with the talents of Alex Ferrari. He not only uses great camera angles to film his subjects, he manages to capture their facial expressions so detailed that the characters do not even have to speak to display emotion. 'This is Meg' is clear, loud, and a verbal wonderland of subtle humor. The lighting on the drug induced sequence conveyed a real sense of mania. The entire sound and editing department is also to be commended for the efforts as well with tight cuts and clear audible dialog regardless of the actors vocal volume. A great effort for such a small budget, makes the film very watchable.

Overall I liked 'Meg', but for the drug induced silliness this would have been an even better flick. 'This is Meg' rates a solid 7 out of 10. The film is a festival darling, and should find a home market in the comedy genre crowd. Watch for Krista Allen, and Joseph David Reitman in some hysterical moments as well. The over the top crazyness of comic Lahna Turner and her pasty wearing sexy self is a salacious sight to behold!

Alex does a very cool and informative podcast on the trials and tribulations of indie film making called Indie Film Hustle check it out! https://www.facebook.com/indiefilmhustle/
www.indiefilmhustle.com


Posted by Dan's Movie Report-Danny Templegod at 1:39:00 PM No comments: 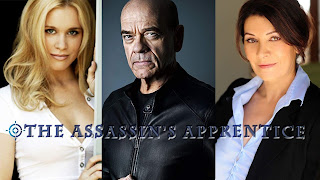 Teaser Trailer will appear at this festival:

We are pleased to announce that The Assassin's Apprentice teaser trailer has been accepted into the 21st Annual Avanka Film Festival in Avanka, Portugal, playing during July 26-30! Go Team Assassins!
http://www.avanca.com 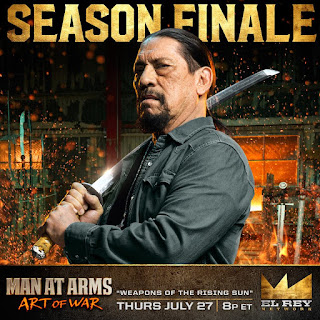 
Check out The official Facebook Page of Crystal Santos @ https://www.facebook.com/officialcrystalsantos/
Posted by Dan's Movie Report-Danny Templegod at 2:23:00 PM No comments: 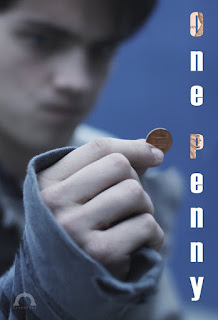