War Of The Arrows Movie Review 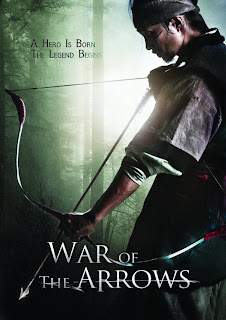 Above Photo: War of the Arrows Movie Poster


From South Korea comes this 2 hour blast of action and historical drama called War of the Arrows. The film opens with a bang as a peaceful town is invaded and the king is killed as his two children watch in horror for the nearby forest. His two children are left to fend for themselves and are eventually taken in by a neighboring king who raises them with respect and honor.

The action in War of the Arrows is so fast and in your face that there is often no time to take a breath. The focal point is the child of the king grows to adulthood and becomes an expert marksman, using a different kind of arrow, that travels further and is more accurate. There is a copious amount of arrows through the neck, and much blood is spilled.

As a historical drama the film falls slightly flat as the amount of dialogue is rather sparse and the fighting often overrides the meaning behind the invasions and uprisings. The fighting and action are so well executed, that it is easy to look past this small detail. All of the performers have the choreography down perfect and this film is played very seriously. No scantily clad ladies fighting in this film, not that that is a bad thing at all, but obviously inappropriate here.

The camerawork is excellent, at times showing the broad scope of the lush landscape, at other times showing the intricate details of the tip of an arrow. Actually in War of the Arrows, the camera is relied on heavily not only to set up the scene, but to tell the actual story.

The acting is pretty good, much of the story is told through non-verbal communication and actions. Even though she actually had few lines I particularly enjoyed the work of actress Moon Chae-Wong as the younger sibling Ja-In. She often emoted an air of pensive sadness, and has the ability to portray a quiet innocence to her character.  Often in an action movie, the pensive quiet type characters are overlooked, but in War of the Arrows a distinct effort was made to show her reaction to the surroundings and horror taking place.

Overall I rate War of the Arrows a 7 out of 10, a must watch. The film gives a bit of a historical, all be it brutal, perspective to a far away place and the perils of a time long ago.

The film is available for pre-order and it ships February 21st on Amazon!

Posted by Dan's Movie Report-Danny Templegod at 11:47:00 AM No comments: 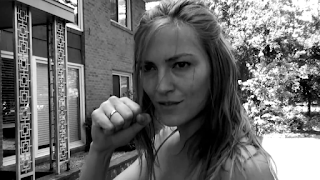 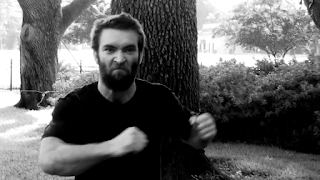 For More info on SamMo GO to: http://moniqueganderton.com/myproductions.html
Posted by Dan's Movie Report-Danny Templegod at 12:52:00 PM No comments: 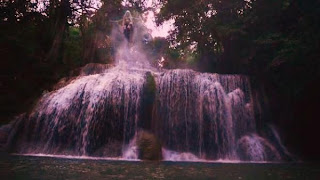 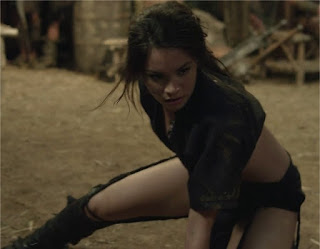 I am accepting banner ads at a VERY reasonable rate for quality movie related companies and individuals. Please send e-mail with the subject line "Ad Inquiry"
Posted by Dan's Movie Report-Danny Templegod at 1:25:00 AM No comments:

The sexy video and photos were shot at Pout Studios in London. Blast your browsers to their official site @  http://poutstudios.com/

The Photographer is Andy Lesauvage

Krystal was one of the celebrity guests at the Hua Hin Film Festival in Thailand this past weekend. The film festival is held annually and celebrates a variety of films worldwide. This year many celebrities such as Ryan Gosling and Michelle Yoeh attended, needless to say this party was where the action was at! The 3 Pics Below are Getty Images (C) 2012 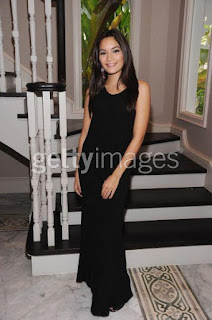 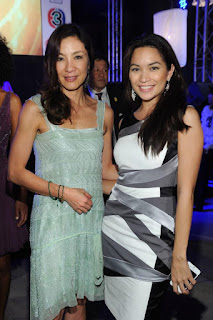 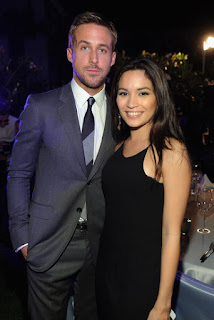 Also recently Krystal did a sexy snake related Photo shoot at the Manny Librodo Workshop. Check out these 2 pics! All Images Copyrighted 2012 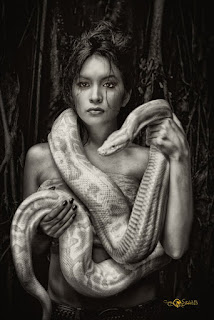 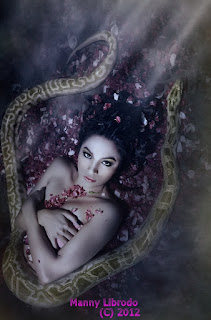 
Check out Krystal Interview for the Spanish TERRATV @
http://terratv.terra.com/videos/Entertainment/Movies-and-TV/Entrevistas-Cine/4814-359748/Krystal-Vee-se-pelea-la-camara-con-The-Scorpion-King-3.htmWatch for more news and new pics from Krystal on Dan's Movie Report!
Posted by Dan's Movie Report-Danny Templegod at 11:25:00 PM 1 comment: 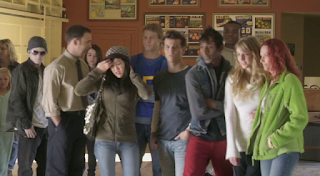 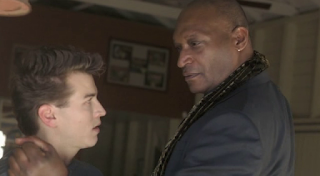 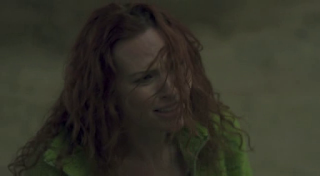