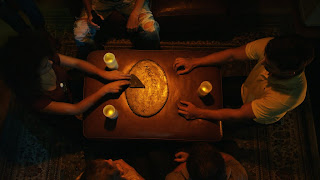 From their press release comes this description "Madison Kennard, a troubled woman dealing with her dark past, must venture home after an 8 year absence following her mother's death. Almost instantly after her return, Madison must cope with the haunting memories of a childhood best forgotten. Lindsay, a childhood friend of Madison's with an adventurous past, hears of Madison's arrival and has every intention of reconnecting a friendship once had. Bizarre and unexplainable events occur within the house after old friends come together and dabble with the infamous Ouija board. With the help of Andrew Porter, a renowned writer and expert on paranormal phenomena whom she met by chance, Madison soon discovers that there is more to the board than she realized and must uncover truths of her family's past to contain what had been unleashed."

Should prove to be an interesting indie film. Point your browsers to the links for further info nad scrfeening times across Canada in June and July.

With Daniel Lee at the Helm and Donnie Yen and Wei Zhao starring I had high hopes for 14 blades to be as long on plot development as the action. Unlike Hero and Crouching Tiger, 14 Blades is not so sharp in the story line. The Chase of Donnie Yen's character "Green Dragon" is from the elite guard he was in, and that initial story line is never fully developed, why he was being chased and what happened before that. Donnie Yen and Wei don't seem to be fully into the storyline and dialogue, except when the action is involved.

Plot development aside, 14 Blades cruises into high gear during the action sequences. The facial expressions, intensity level and even filming technique are on a much higher level. Donnie is a fantastic fighter, displaying the speed and power other screen fighters only dream about. Donnie has several fight sequences in the film and this is a must see for all Donnie fans, and martial arts fans. Notable is that Donnie packed on probably 20 pounds of muscle for the role and looks the part Even the waif-like Wei gets in on the action, although she is so cute and adorable it is hard to believe she could even hurt a fly.

The same cannot be said for Kate Tsui and her character Tuo Tuo. She has four (yes four!) epic, crazy fight scenes full of wire-work, cgi and she had the pissed off facial expression that would make men cower in fear over the former real life Miss Hong Kong and her snaking steel weapon. She has some acting chops as well, and seems into the overall story better than the two leads. Her mysterious character was unfortunately underdeveloped.

At 20 million US dollars, this was a big budget film for China, with high powered stars. With a running time of 1 hour and 45 minutes before credit crawl, this should have been a 2 hour and 15 or 20 minute epic, with the storyline laying the perfect backdrop to the action. The short running time really hurt the flow of the film.

What does this all mean for the viewer. I rate this movie a rent, probably not a purchase, unless you are an Asian film or Donnie Yen fan.

Full movie review up on Dan's Movie Report on October 21st 2011! blast your browser to @ http://dansmoviereport.blogspot.com/2011/10/wasteland-movie-review.html 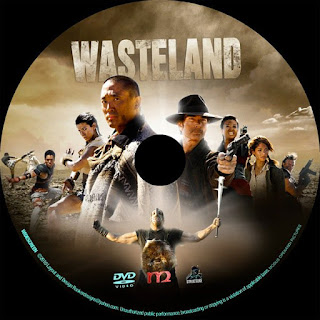 DVD art for Wasteland. Now that I have the team assembled time to bring the pain! 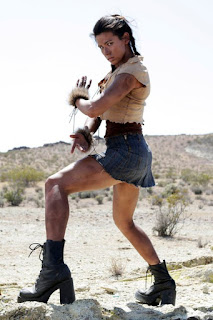 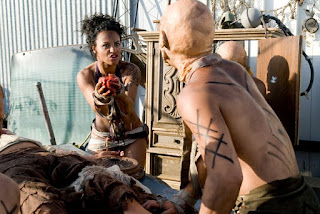 It is easy to see that Heidi Mari is the vicious evil Mutant Priestess in the Wasteland! Who knew evil could be that cute! 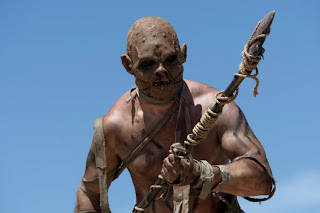 Feel the end of my spear!


Indie movie wild man Kantz's latest feature Wasteland is currently in final preparations for release. The film's basic setting is "It's the near future and The chemicals that we have been pumping into the environment have caused our ecosystem to fail and collapse..." Wasteland was written by Lucas James Culshaw and promises more action in the vein of The Book of Eli. With Garret T Soto as Keo Tanaka emerging as the hero from the desert, Wasteland should be a over zealous ride in more ways than one. Enjoy the pictures! 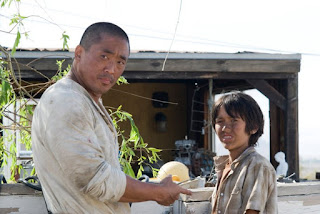 Garret T. Sato (Keo Tanaka) begins his journey in a humble fashion
Posted by Dan's Movie Report-Danny Templegod at 9:06:00 AM No comments: