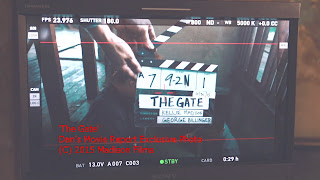 Get ready everyone, behind the scenes exclusive video on Dan's Movie Report https://www.youtube.com/watch?v=Ie6gsygzO-s 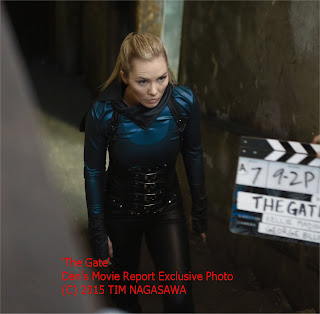 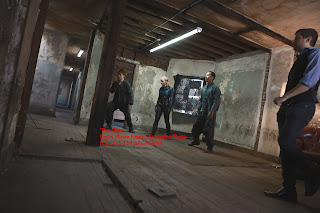 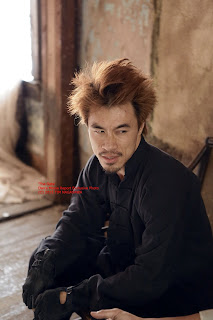 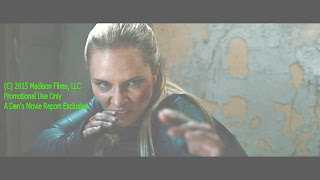 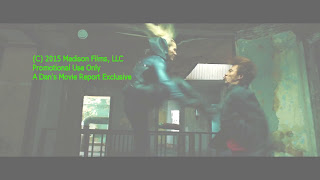 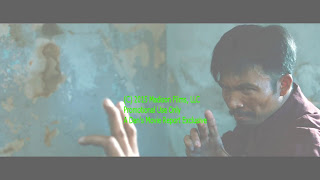 Update: 11-20-15! New Indiegogo Campaign launched. Help finish the Post production on the project. https://www.indiegogo.com/projects/the-gate--5#/
New Perks added. 15 day limited campaign. Above Photos Exclusive to Dan's Movie Report (C) 2015 Madison Films, LLC. The cast and crew have worked very hard to complete the 8 minute video for the networks. In order to make things perfect one extra day was needed for production, and that meant some of the money needed to complete post production was used. Kellie  has set a modest $8,200 goal to complete post production, and to make sure the entire short is properly edited and color corrected. The difficult shoot had a wide variety of action and intense scenes, and basically this money will just finish post production. 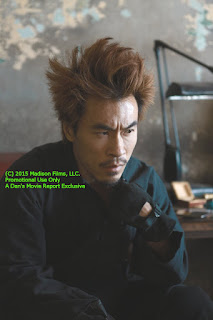 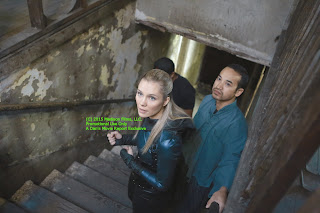 So get ready for The Gate! Above video shout out! (C) 2015 Kellie Madison and Amy Johnston Exclusive for Dan's Movie Report!

If that video link does not work please view on Youtube @  https://www.youtube.com/watch?v=WS8xgwsEXRs 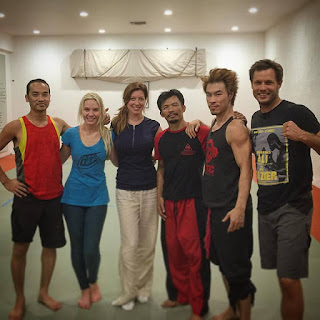 Update 11/7/15: Teaser trailer for networks complete, more news coming soon! In the meantime check out the new material from Chalet Lizette Brannan check out her FB page @  https://www.facebook.com/ChaletLizetteBrannan/?fref=ts She is one of the leads in 'The Gate' and has also landed a role in the new Star Trek fan film 'Captain Pike'! 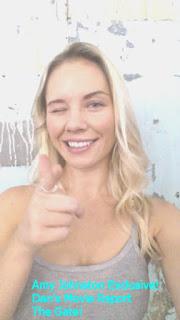 My review of The Gate! Amazing! I think it will be an earth shattering ground breaking series, this same page will have reviews and more exclusives! Please stay tuned! A must buy! Support Dan's Movie Report! A new Amy contest will begin in December!

Watch also for the amazing EMC Monkey Team as well!  https://www.youtube.com/user/emcRevolution
Facebook @ https://www.facebook.com/EMCmonkeys
They will be in on the action, look for future interviews with them in 2016!

CASSIE WESTON (played by Amy Johnston) is a world champion MMA fighter and master of the ancient Indonesian martial art form- PENCAK SILAT.
When possessed by an angelic force, Cassie gains extraordinary abilities that she uses to fight crime in New Orleans as a super heroine and avenge her mother’s tragic death.
The series chronicles Cassie's childhood days when her and her sister, Kate, are forced to the streets after a Haitian Voodoo Cult Leader sells their drug addicted mother into sex slavery and her mother dies tragically.
Cassie then makes it her life’s mission to become a vigilante crime-fighter to rid the world of the evil that killed her mother.
When Indonesian crime lord, EKO KUWAT- aka RAFAEL (played by Yayan Ruhian- The Raid: Redemption) gets word of her bestowed angelic powers, he quick becomes Cassie’s worst enemy.
This is our desire--to bring a powerful story to you featuring a female lead and chronicling a unique perspective on the eternal battle between good and evil.

When I pictured this in my mind, I asked myself, who would be the perfect person to portray such a strong female lead?
Then I found... Amy Johnston!

I say all of that to say this: the series is based on the concept that extremely talented martial artists can actually PLAY the leading roles in a hit American Television Series. In Europe and Asia they use the actual artists as the lead actors all the time, but it is not typical in America, so that element of this series is very special. The show will be in the vein of DAREDEVIL meets KILL BILL meets THE RAID: REDEMPTION- only with an ass-kicking female lead. (C) 2015 Kellie Madison

Also Dan's Movie Report will be given exclusive video and photos from the upcoming October Action Series! Of course, seeing as I do not share news I make it! The Gate is the coolest Kickstarter project I have witnessed in a loooong time that needs to happen! So support The Gate! Contest with Amy in December! yeah you heard right! Autographed Photo contest! Get ready kids, for an ass whippin! 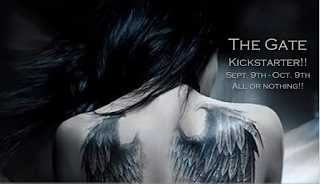 Finally thanks for everything to Amy and Kellie for taking Kickstarter action to a new level of awesomeness and Stay Classy! Danny