2011 was a fantastic year for Martial Artist/Actress Zara Phythian with the release of The Hike to DVD and her success with the world record, but 2012 will be the year of The Lady Dragon. Zara has so many new projects in the works it is hard to contain them in just one news article, but here goes.

Before I actually start the news I must make mention of fantastic photographer Emrah Mihyaz. He sends these new ass kicking shots of Zara. Emrah is a 20 year practitioner of martial arts and really knows how to lens action poses and styles. His attention to detail and architecture with his engineer background makes an excellent addition to any photography project. His professional and accommodating attitude is also refreshing, and makes the project flow smoothly. Watch for more of his work on Dan's Movie Report. His official website is http://www.emrahmihyaz.com 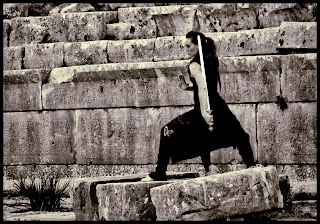 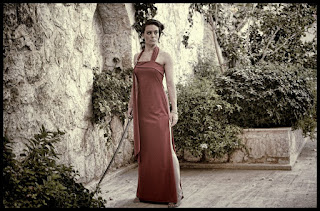 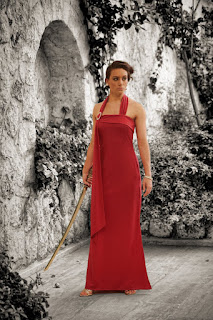 Zara is of course starring in the new film called Iron Monk, check out the new cast photo. She is second from the right.

Image Credit: Iron Monk Facebook Page https://www.facebook.com/#!/ironmonkmovie Make sure you press like or feel the wrath of Zara and the rest of the cast hahaha!

Zara is also attached to star in Friday's Child, a horror film produced by Dean Meadows' Pentagram Pictures company. Cynthia Rothrock and Eileen Daly are also attached to the production, Eileen is the associate producer. Blast your browsers over to the Facebook page @ https://www.facebook.com/pentagrampicturesofficial

Zara is also in the process of producing an episodic action TV show called Gauntlet for Clash TV. Watch for more news on this in the future. Clash TV is Sky Channel 219 in the UK.

Zara will be opening a second Personal Best Academy. She is an excellent teacher of the arts and has a wide age range of loyal students. She does seminars as well. Check out her academy page @ http://www.personalbestacademy.com/

Watch for Zara in the Ross Boyask/Cecily Fay production of Warrioress to be released in 2012. She has a fight scene with Cecily!

Zara has several other projects working, but those are in the early developmental stages, keep it locked on Dan's Movie Report for more details.

Coming later in 2012, Dan's Movie Report will be doing some Zara autographed giveaways, keep checking the site for more information!

For all of Zara's happenings, follow her on twitter, where she posts up to the minute news. https://twitter.com/#!/Zaraphythian
Posted by Dan's Movie Report-Danny Templegod at 10:30:00 AM