Army Of The Damned Movie Review More indie madness on Dan's Movie Report.Army Of The Damned follows the cops of Salem County. A reality show about cops in the county is filmed, in a town where normally nothing happens. Sure enough, this time it does, two of the cops take a call about what they think is a domestic disturbance, and it turns out to be a gruesome murder scene.

The two cops first on the scene, Lawson (Thea Trinidad) and Carpoza (Tommy Dreamer) come across the horrible scene and find an innocent, or at least she looks innocent girl at the scene. The other cops on the scene get there and soon it is discovered the girl has NO pulse. 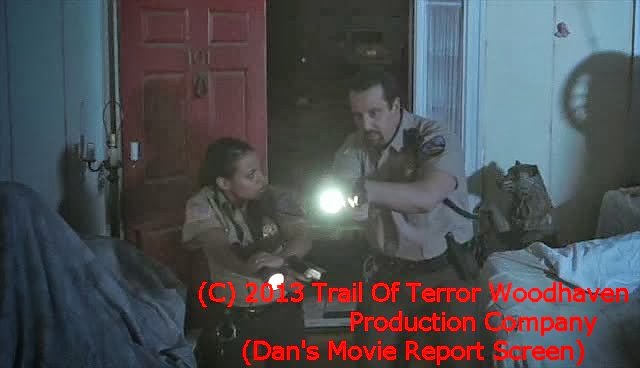 Above Pic: Wrestler Tommy Dreamer and sweet Thea Trinidad go into the house of unspeakable horror in Army of the Damned!

Apparently the murdered victims do not stay dead but walk among the living with seaming normality until their eyes turn black. Army Of The Damned does a fairly decent job of building suspense, especially by not showing who is doing the killings, making the movie more entertaining to watch. Army Of The Damned is actually more of a slasher film than a zombie type film.

Surprising the acting is pretty good for a lower budget film with some inexperienced actors. David Chokachi Joey Fatone, and Tony Todd bring their knowledge to the production. The rest of the cast does a good job of adding interest in the film, which has some decent suspenseful parts. 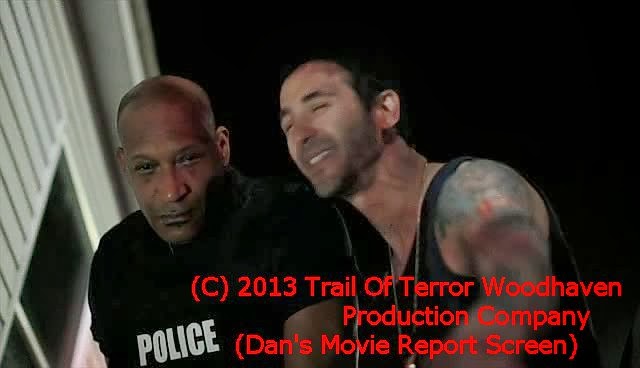 Above Pic: Tony Todd is on the case!

Most of Army Of The Damned is filmed inside a house under renovation, keeping the scenery simple. The chairs and furniture are covered, save for some of the gruesome blood spatter peppered throughout the film. Violent and outlandish Army Of The Damned is a cool way to spend an hour and a half. Writer/Director Tom DeNucci does a solid job, of keeping the film flowing, eliminating the normal boring spots that tend to appear in movies of the same genre.

Overall liked Army Of The Damned and rate it a 7 out of 10, the Screen Media Production is available and recommend it as a buy or rent on Amazon, who has the film available now! Click Link:

Point your browsers to: www.screenmediafilms.net for more info on the film